When we first spotted Bill Cielo’s ’58 Chevy pickup at a local dyno event, we literally ran over to see if it was diesel powered. As luck would have it, the truck was indeed a diesel, as the cleanest LBZ Duramax engine we’ve ever seen was crammed under the stock hood. To make things even more interesting, Bill told us the Chevy was a mix of parts from the original ’58 (including the rear frame), and a later ’06 Chevrolet donor truck. Like almost all cool builds, Bill’s started out with an idea, and a story.

A fabricator by trade, Bill always had wanted to own a diesel swap, and when he came across a wrecked ’06 with only 30,000 miles on the clock, he knew he had to have it. After Bill bought the truck, he still had no idea what the drivetrain would go into, but he wanted it to be a classic. A short while later, Bill ran across a ’58 Chevy Apache pickup truck that had been sitting in a farm shed since the mid ’80’s. The wheels started turning, and the idea to build an astoundingly cool parts-chasing shop truck solidified in Bill’s mind, and he got to work.

Virtually every part of the ’58’s front end would need to be modified to fit and support the diesel, so Bill made the decision early on to use the complete front half of the ’06 Chevy’s chassis. After eyeballing everything in a mock-up stage, Bill sent the Duramax’s wiring harness off to Pacific Performance Engineering (PPE) to be stripped of everything that wasn’t essential to keep the engine and transmission running. Bill also never liked the look of the Duramax engine’s multiple computers, so he spent “the better part of a week” painstakingly extending every wire to relocate everything down by the driver’s side fender well of the truck. It cleaned up the engine bay immensely, and at the time, Bill didn’t even know if it would work. Bill said: “A lot of people said lengthening all the wiring would mess up the computer system, but I knew the only way to find out was to just try it.”

Since the rear part of the frame and bed was in such good shape, Bill decided to retain the factory ’58 rear chassis including the bed. Since Bill builds racecar chassis on a regular basis, he was able to graft the back half of the ’58 on to the front half of the ’06 with no problems. In fact, with triangular bracing, boxing, and an added cross member, it’s probably the strongest part of the entire frame. With a complete chassis, the rear-end of the ’58 had to be addressed, as there was no way it would be able to take the torque of the diesel engine. Bill again turned to his ’06 for a rescue, and built a rear suspension setup around the 3.73-geared AAM 1150 rear-end with the factory ’58 leaf springs, some Rancho 5000 shocks, and airbags he picked up from Craigslist.

One of a Kind 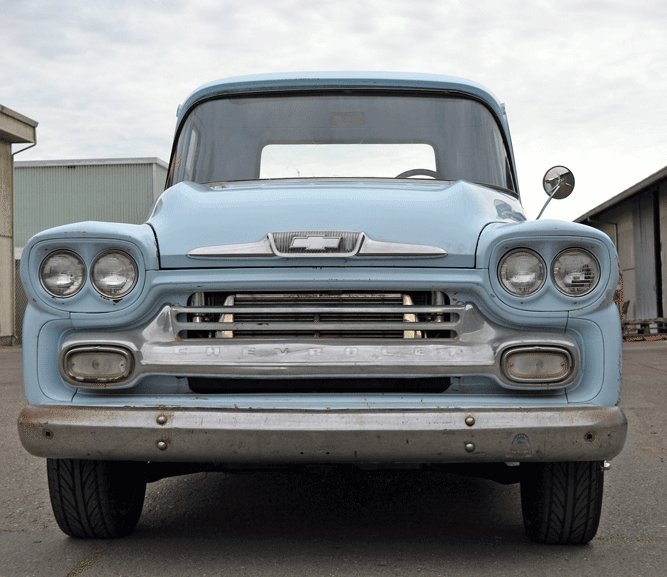 “With a 25 gallon tank I can run almost forever, and even with the PPE tuner on level Three, I have no issues keeping up with new Mustangs and Camaros” 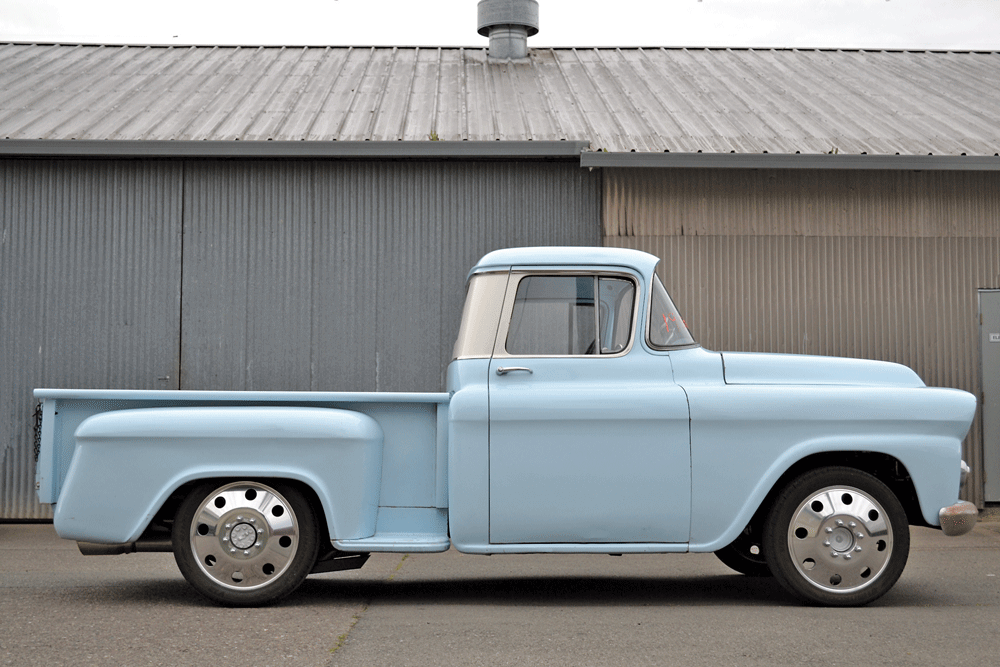 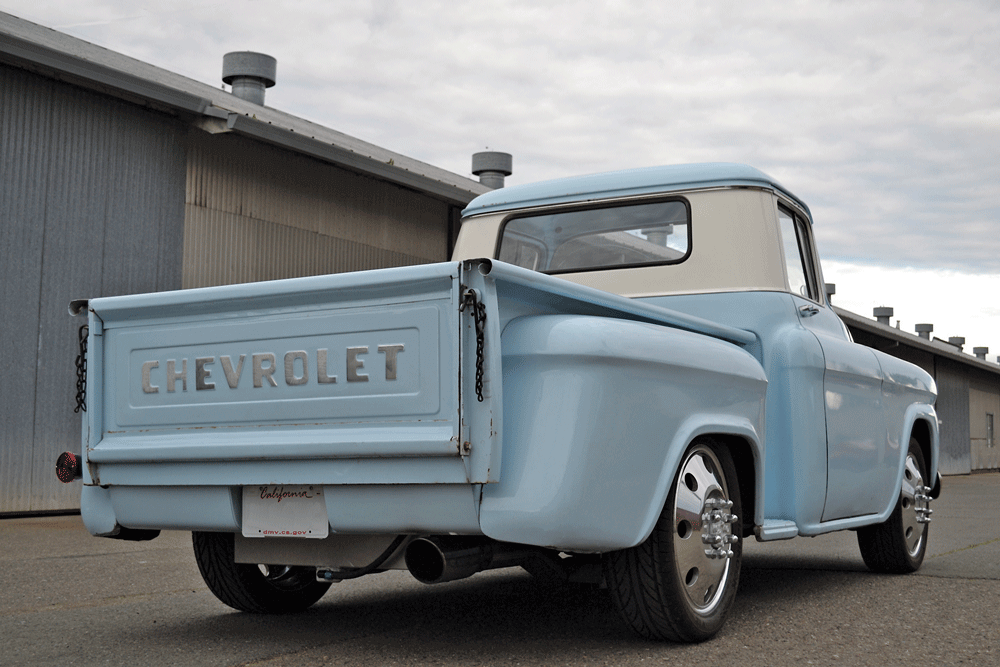 It’s been more than a year since Bill morphed two Chevys into one badass ride, and he’s had no issues with enjoying it since the day it was finished. “With a 25 gallon tank I can run almost forever, and even with the PPE tuner on level three, I have no issues keeping up with new Mustangs and Camaros,” reported Bill. Best of all, the 4,600-pound truck is still used for its intended purpose, a cool and unique parts-chaser, that turns heads (and tires) wherever it goes. DW