DPS’ 6-DOOR 6.7L CREATION
There are just some rides you can’t walk past without doing a double, or even triple-take. Diesel Performance Specialties (DPS) has built just such a vehicle by seamlessly mating a 6.7L King Ranch truck and a Ford Excursion SUV. With an insane 20 inches of lift, six doors, and wild amounts of chrome and powder coating, this 2016 “Excursion” is a truck like no other. But the question remains, how did they build it? It all started with two bare cabs and an idea. Shop owner Trevor Lima and the team at DPS wanted to build a flagship of a shop truck, but they didn’t want to build something cookie cutter. So the idea came about to build the SUV Ford didn’t–a 2016 take on a Ford excursion.

Thus begun a project that was under the knife for over a full year. Ford Excursions were built with 6.0L and 7.3L engines, neither of which were known to be powerhouses in stock form. Since DPS wanted to retain reliability and 100 percent emissions legality, they chose a newer ‘16 Ford with the 440 hp and 860 lb-ft 6.7L engine as a starting platform. From there, it was a complete custom build. Two frames were selected and then integrated into one, while also incorporating a drop frame that would allow for a huge lift. The body was also heavily modified (obviously) for the six-door setup, but the team also took the extra step of installing modern radiused rear fenders to compliment the setup up front. Virtually all of the bodywork was done in-house by DPS, including the fabrication of both front and rear bumpers.

Even with the skeleton of the truck finished (body and frame) there was still a ton of work left. Trevor was determined to have a drivable truck as well as a show truck, so they made lots of unseen changes, like re-gearing the front and rear axles with 4.88 gears, to help get the 11,000 pound ride moving. As the build went along, anything that wasn’t already painted white was either powder coated or chromed, including the entire underside of the truck. This meant the frame, axles, and suspension links would all become works of art, in addition to the custom crossover steering with PSC hydraulic assist.

Other than the body modifications, the bulk of the work definitely went into creating the wild 20 inches of lift that firmly sets the truck into the sky. Gone are the factory leaf springs, and instead the Excursion rides on Fox Racing coil-over shocks all the way around, that have a mammoth 14 inches of travel. The front Dana 60 axle and rear Sterling 10.5 are both hung by wildly unique rectangular 4-link suspension arms, that are also powder coated and chrome-plated. AMP Research Powersteps were also added so that passengers could actually climb into the Ford, and braided stainless brake lines were used because of the suspension’s immense travel.

After working hard on the Excursion for more than a year, it was finally finished. Is it an over-the-top show truck? Yes, but it’s also functional, and can seat a whole baseball team. Its stance is also something that’s immediately noticed, as the lift is nearly double the height that’s available in the regular aftermarket. For Trevor and DPS (who now builds show trucks out of Weatherford, Texas) it’s the perfect calling card, and quite a statement. 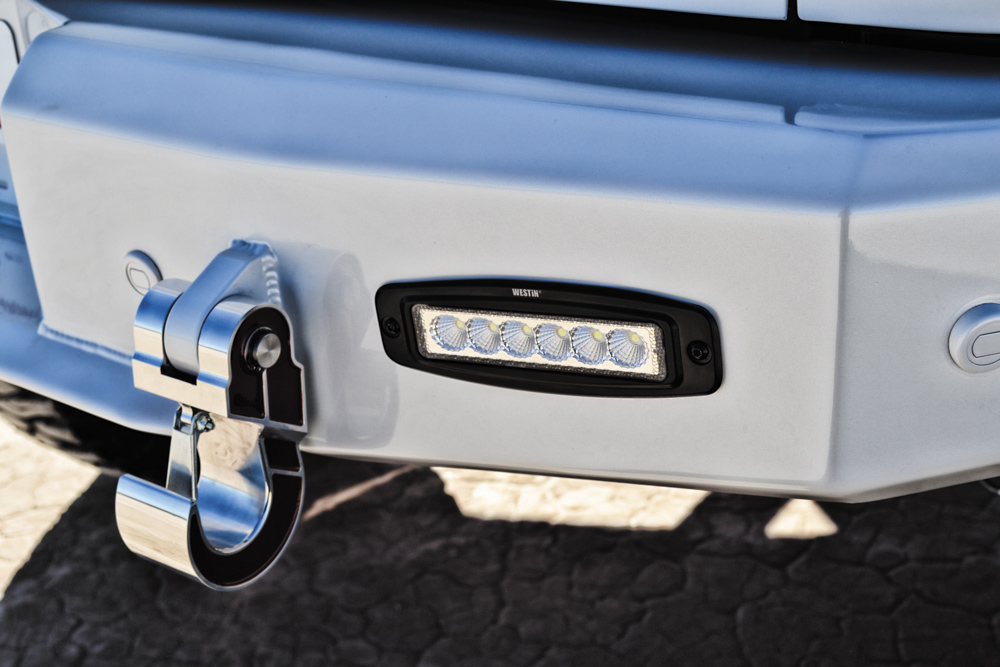 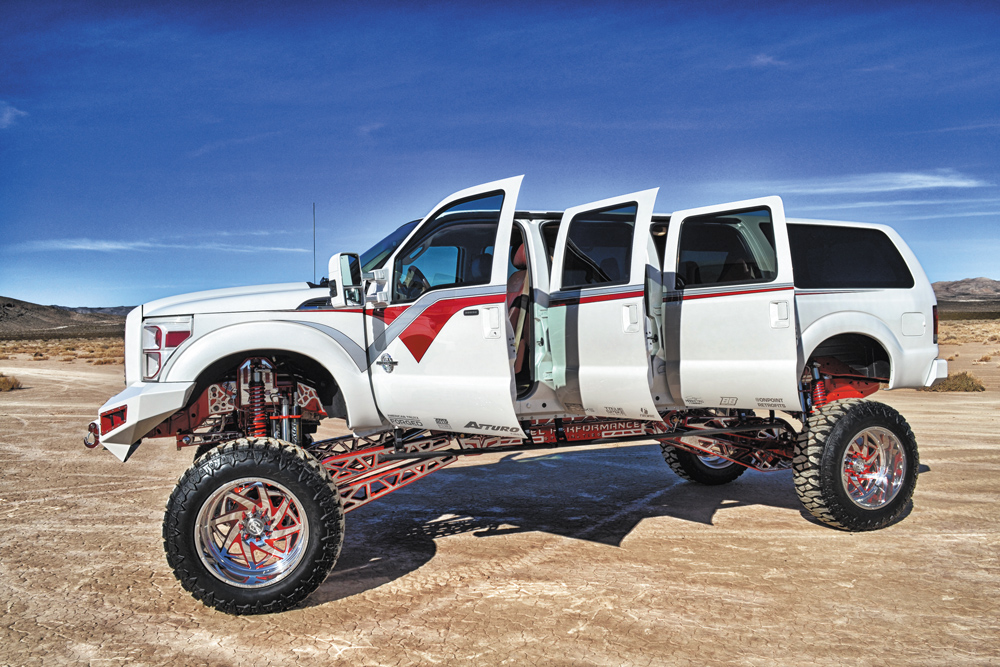 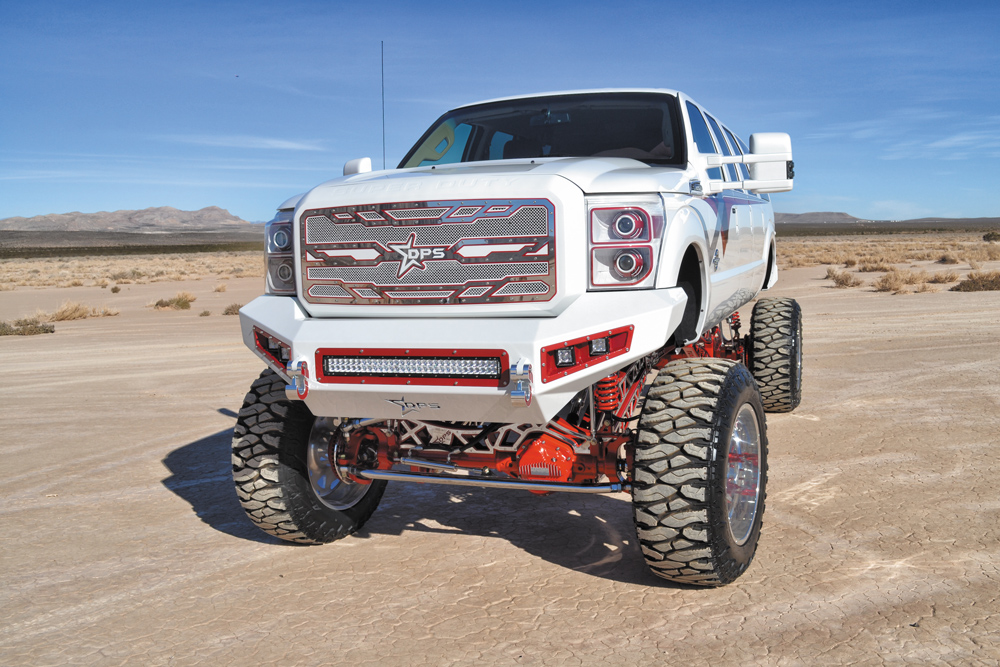 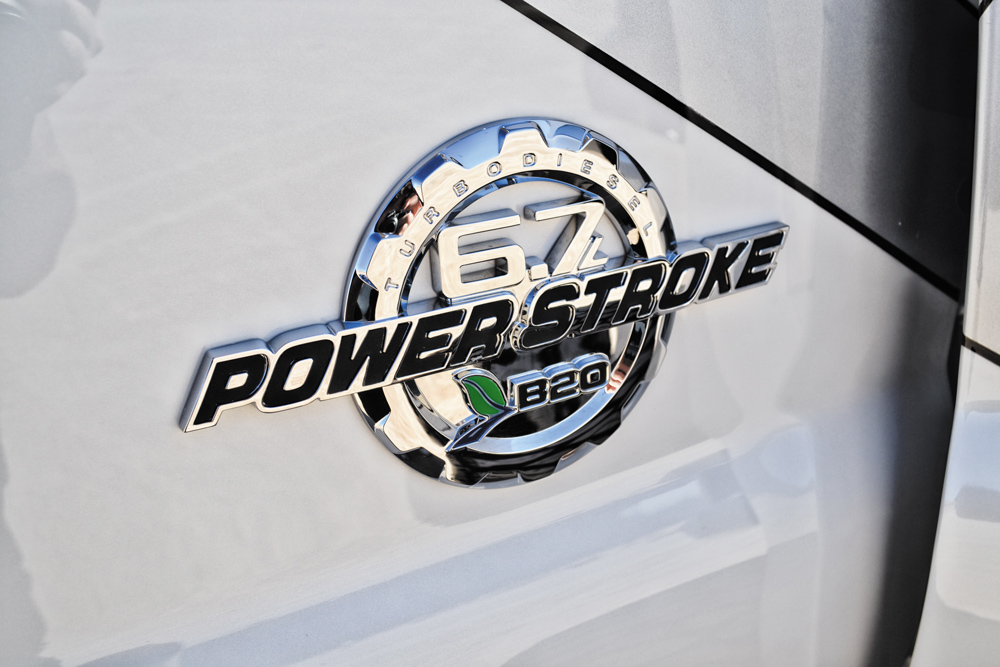 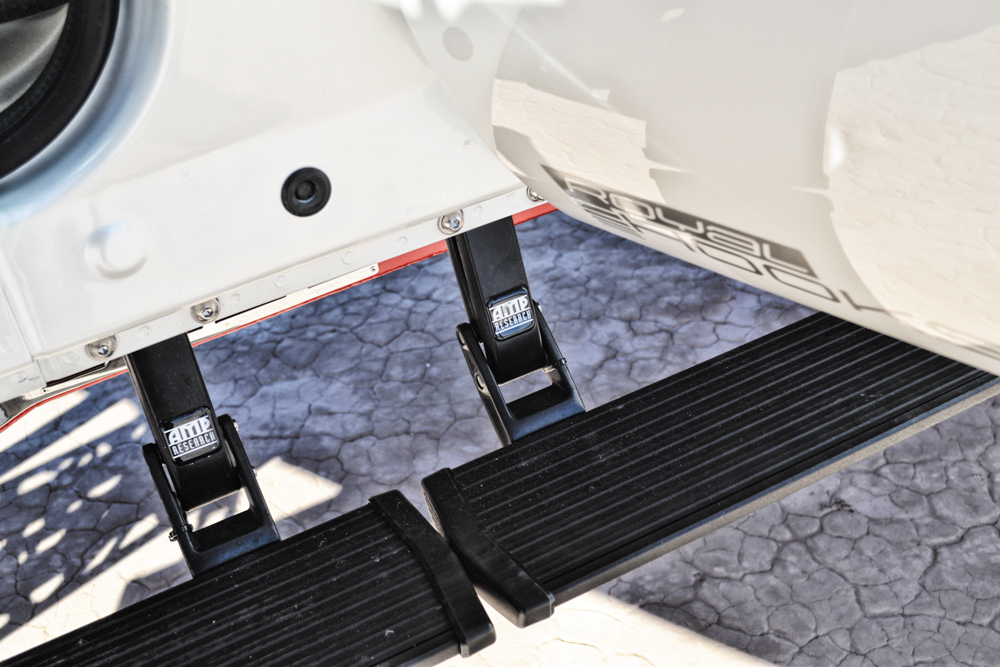