Classic ’50s trucks are cool without a doubt. But they are not exactly spacious, especially for a family of four! When 52-year-old Brian Bichanich of Union Grove, Wisconsin, began to work on his 1952 Chevrolet 3100 more than 10 years ago, his sons Max and Zach were around 7 and 11 years old and he and his wife Karen wanted a cool truck that they could cruise in with the whole family. So the idea for a crew cab ’52 was born and Bichanich took the challenge on himself.

After picking up a rusty old truck for only $300, Bichanich started fabrication in his home shop. He started with the chassis and suspension. Of course, young boys (and the kid inside Bichanich) love monster trucks, so he opted to go tall with his one-off creation rather than bring it down to the ground. The chassis was lengthened to accommodate the coming crew cab body with the standard ’52 bed. He wanted a massive lift to run huge 44-inch-tall tires, but he also didn’t want it to be impossible for the family to climb in and out of the truck, so he designed the four-link front and rear suspension with air bags to allow it to drop five full inches from maximum ride height on demand.

The Dana 60 axle up front is from a 1980 one-ton Chevy pickup and is held in place with a parallel four-link setup plus Panhard bar. To match the narrow width of the ’52 pickup he narrowed the Dana 60 by 5 inches. Bichanich fabricated a crossover steering setup with a hydraulic assist to make it easy to turn the massive 44-inch Super Swamper tires he planned to run. He also mounted a Rock Jock universal antisway bar to keep the truck flat in the turns.

In the rear, Bichanich used a ’50s-era Eaton axle and configured a double-triangulated four-link design to keep the axle centered under the truck without the need for a Panhard bar. He installed a Rock Jock anti-sway bar in the rear as well and converted the rear axle to disk brakes to help slow the big truck down. It rolls on set of huge Interco 44×18.5×16.5LT Super Swamper TSL tires wrapped around 16.5×12-inch Weld wheels on all four corners. 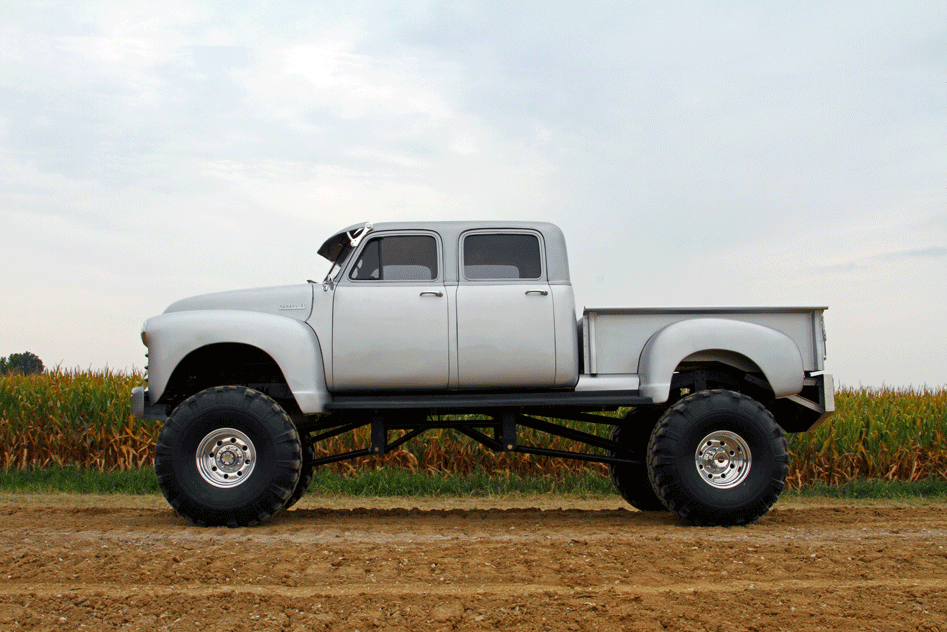 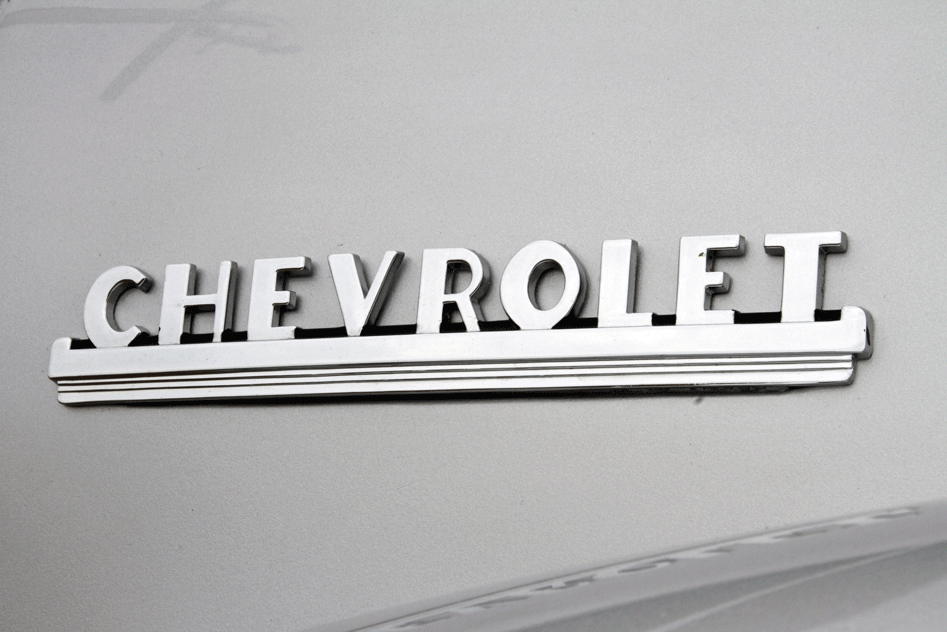 Bichanich built the chassis and suspension to handle much more than the 85 horsepower the truck originally came with since he had a bigger engine in mind for the project. To motivate the massive project, he turned to a tried-and-true diesel powerplant in the form of a 1994 5.9L Cummins. While the internals of the 12-valve Cummins are stock, he did upgrade the fuel system by installing a fuel plate in the injection pump for more aggressive fuel delivery through a set of 50hp-over stock fuel injectors. The factory turbocharger pushes the intake charge through an aftermarket intercooler, which Bichanich shoehorned between the grille and radiator, before dumping the pressurized charge into the engine through the factory intake elbow. Spent gases are expelled from the turbo through 4-inch diameter stainless steel exhaust tubing that he fabricated himself. The Cummins engine is linked to the transmission through a custom-built Coan Engineering torque converter that feeds power into the Coan-built Turbo 400 transmission. The transmission is kept cool thanks to a transmission cooler borrowed from a 2003 Ford E-350 motorhome. Bichanich selects gears through an extra-long Lokar shifter mounted to the floor while a shorty shifter is used to select gearing in the NP205 transfer case. To get the big tires rolling 4.10 gears are installed in each axle.

Once the chassis and driveline were completed, Bichanich turned his attention to the biggest challenge of the build: transforming the two-door regular cab truck into the four-door crew cab model that Chevrolet never built. The now-retired electrician taught himself how to do body work with a hands-on approach while working on the truck and consulted the DIY Auto School channel from South West Rod and Customs on YouTube for videos to learn more and complete his amazing project.

He started with four cabs to blend them into one seamless unit; he also cut 6 inches out of the rear doors to give the desired crew cab scale. Rather than using body filler, Bichanich leaded the body seams to make sure he would have a smooth and long-lasting finish on his truck. In addition to the extensive modifications to the cab, he also reworked the wheel openings by rolling the fender lip into the shape he felt worked best with his suspension and massive tires. After the body was stretched, molded, cut and reworked, then smoothed to perfection, Bichanich was ready to paint his creation, but rather than hand his baby over to someone else he tackled the chore himself with stunning results. He built a homemade paint booth and sprayed the cab and bed along with the front bumper and cab visor in a two-tone scheme, with gray on the top and silver on the bottom using a basecoat/ clearcoat process that looks stunning in person.

Up front, he added four inches to the height of the stock bumper to flow well with the oversized truck. Bichanich used wood from a tree his dad cut down on his northern Wisconsin property to replace the wooden slats in the bed. Then he fabricated an appropriately sized custom stainless steel rear bumper to complete the body modifications.

The final step in finishing the truck was redoing the interior. This was one area of the build that Bichanich farmed out, but he wasn’t thrilled with the process and wished he learned upholstery himself as well. The work wasn’t exactly what he wanted and took way too long, but eventually the interior was completed. Red vinyl was used to recover the front and rear bench seats, door panels and headliner with a classic broad-striped stitch pattern. The red makes the interior a pop against the silver-and-gray exterior. He also installed a black billet aluminum Grant steering wheel to contrast with the painted dash and bright red interior. To wrap up the interior he installed a pair of AutoMeter Phantom gauges below the dash to monitor boost and exhaust gas temperature to make sure the Cummins stays healthy.

Bichanich’s one-off ’52 Chevrolet 3100 is an amazing truck that boggles the mind when you consider that an electrician built it all himself at home. While the project took longer than expected, he enjoys driving the truck with his family and attending as many diesel events as he can. He doesn’t drive it through the harsh Wisconsin winters but does enjoy the truck as often as possible and nearly every weekend when the weather is nice. The ten years of hard work have certainly paid off. DW