An ’08 Super Duty was a truck that John Schomberg always wanted. Unfortunately, the 6.4L Power Stroke under the hood of his King Ranch F-350 suffered a bottom-end failure within the first 6,000 miles of ownership…and with only 103,000 on the odometer. Following the local Ford dealership’s quote of $17,000 to replace the engine, naturally John began to weigh other options. After reaching out to Jeff McCord at LinCo Diesel Performance, the two parties had a game plan—and it involved converting the Ford to Cummins power. “LinCo wasn’t the cheapest, but they took the time to walk me through everything involved in the Cummins swap,” John told us. “And honestly, they were one of the only shops that wanted to do it.”

Unbeknownst to many, a Cummins conversion isn’t typically the most affordable path for Ford owners. Sure, the end result is a simpler engine with what the owner hopes will be a less problematic means of propulsion, but performing a Cummins swap is anything but easy—or budget-friendly. And sometimes, there isn’t even a guarantee the Cummins you install will last. Case in point, the original ’06 take-out engine John went with lost a factory piston cooling nozzle while drag racing, the result of which was a melted piston in cylinder number 4.

With the engine’s threshold for pain now sitting at 750-hp, there was no better time to round up the fuel system parts that could push the long-block’s advertised power rating. For a solid, all-around setup that could burn cleanly, easily make north of 650-rwhp, and still allow John to tow anything he needed to, a 10mm CP3 and 80-percent over injectors were sourced from S&S Diesel Motorsport. Low-pressure fuel supply comes by way of a 165-gph Titanium series FASS system that pulls fuel from a sump in the factory Ford tank.

Because John still tows with the truck on a regular basis, he needed a turbo that would spool quickly yet also support the 650 to 700-hp he was after. To fit the bill, the old-school Killer B from BD Diesel got the call. The S300-based charger sports a 63mm compressor wheel, bolts to one of BD’s two-piece, third-gen T3 exhaust manifolds, and builds more than 40 psi of boost under load. The 63mm compressor also keeps John legal in the Work Stock class in case he ever decides to hook the truck to the sled…

Despite John’s willingness to swap a Cummins in place under the hood, he did anything but spring for a 48RE to put behind it. Instead, he decided to give the factory 5R110 TorqShift a go—a decision both he and the TorqShift came to regret. Then when a second stock 5R110 couldn’t hack it behind the grunt of the Cummins, John gave a built version a try. Unfortunately, even after stepping up to what he thought would be a solid combination, the five-speed auto and the Cummins never could quite get along. But rather than give in and go with a built 48RE, he opted for another four-speed automatic: Ford’s 4R100. Assembled at LinCo Diesel Performance using Sun Coast internals and controlled by a TCM 2000 from Powertrain Control Solutions, the 4R100 has yet to skip a beat.

Make no mistake, John’s “Fummins” project was no walk in the park. From hunting down a shop that actually wanted to tackle the swap, to the original 5.9L losing a piston cooling nozzle and melting a piston, to all of the truck’s transmission issues, it was anything but an easy road to get here. Luckily, John is no stranger to hard work and never gave up on his goal of owning the perfect truck. Now, with the powertrain in his F-350 rock-solid reliable, comes the payoff: 700-hp, the ability to tow anything you want, and smiles. Lots of smiles. 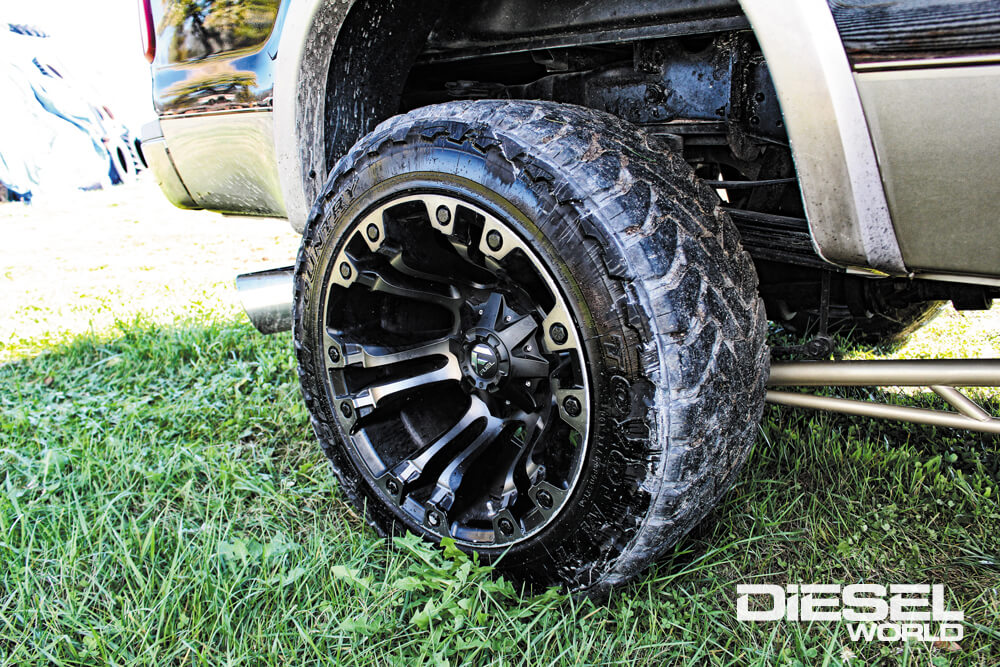