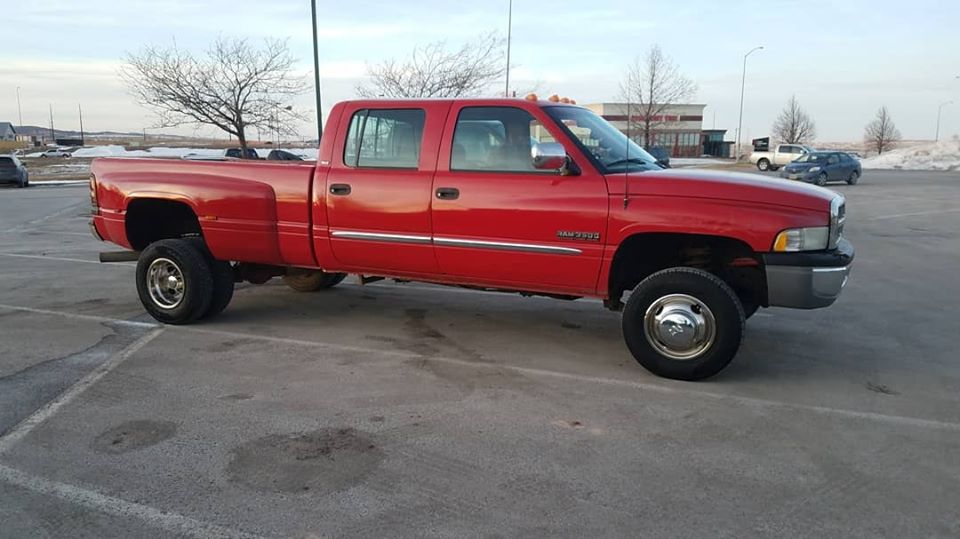 The truck Dodge should’ve built is up for grabs for $18,500: a crew cab second-gen dually with a P-pumped 12-valve Cummins under the hood. But that’s not all. The mechanical B-series has just 162,000 miles on the clock, and sports a set of 100hp injectors, an aftermarket fuel plate, a 57mm turbo, and ARP head studs. The 5.9L is backed by an NV4500 five-speed manual with a single disc Valair clutch. Other details include a B&W turnover gooseneck ball, boost and pyrometer gauges, rear air springs, HID headlights, and rear seats that fold into a bed. The four-door conversion was performed by a company in Texas. 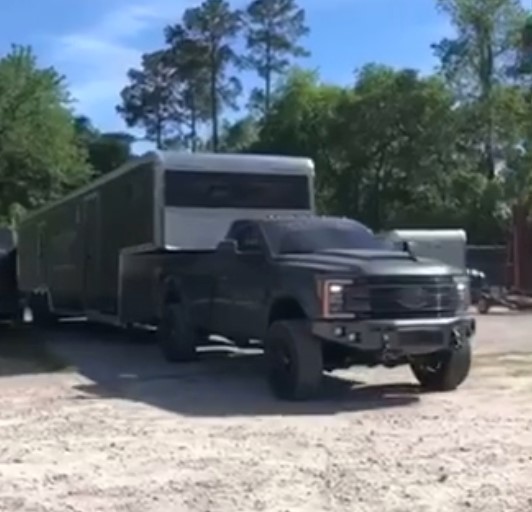 Power Stroke Enginuities To the Rescue

After an EF3 tornado ripped through Onalaska, Texas on April 22nd, Power Stroke Enginuities owner Dorian Reyna wasted zero time putting a relief effort together for his fellow Texans. He set out with a goal to fill his triple-axle enclosed race trailer full of supplies for those affected, and then make the 90-mile trek to the devastated town to drop everything off. Among the list of essential items donated were: bottled water, baby formula, baby clothes, diapers, pull ups, snacks, bedding, toilet paper, toothpaste, toothbrushes, and countless other necessities. 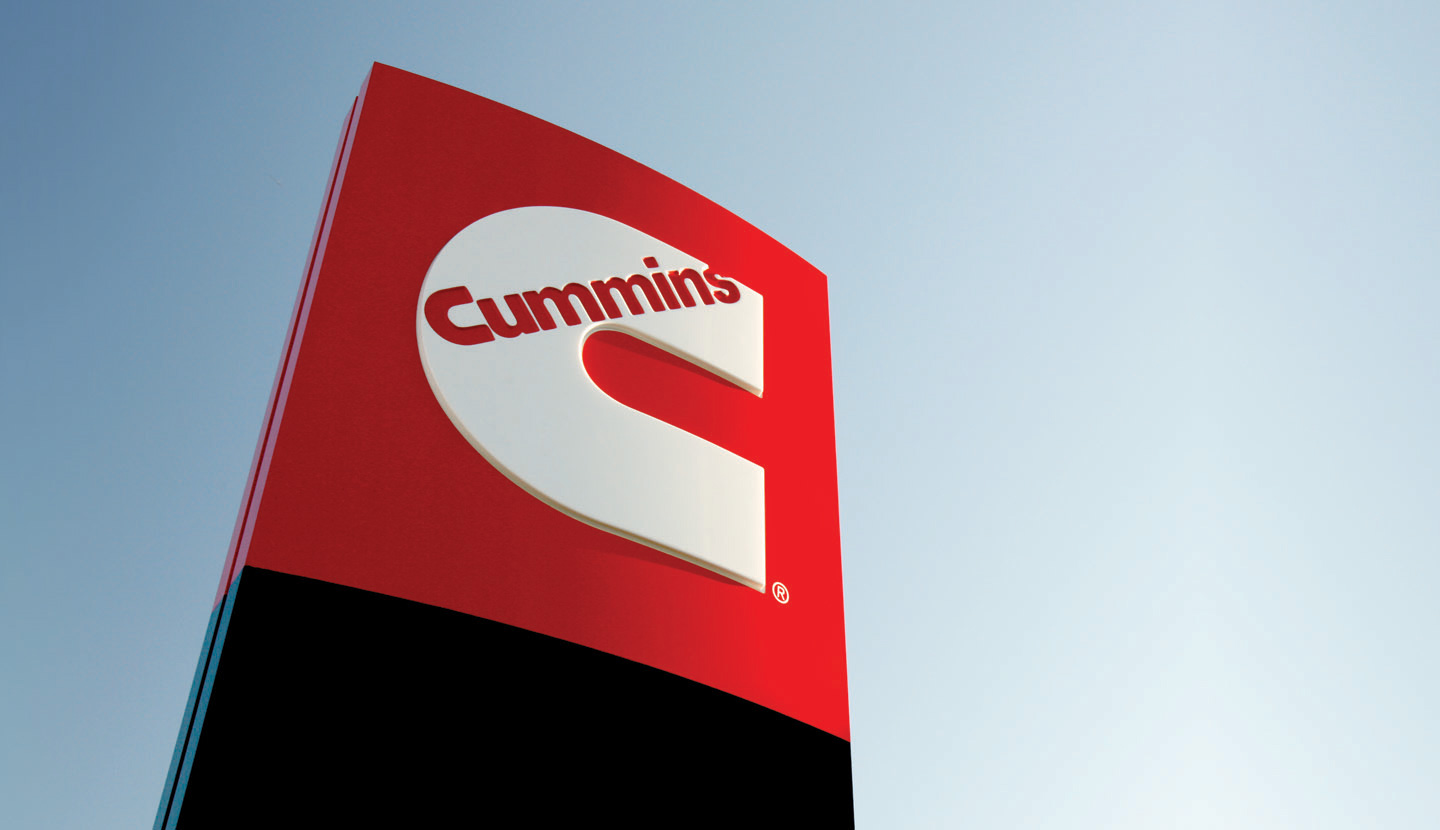 Breaking new ground in NOx reduction, Cummins (in collaboration with Tula Technology) has successfully experimented with cylinder deactivation strategies. A Cummins X15 Efficiency Series engine served as the test mule, with its engine control system being integrated with Tula Technology’s Dynamic Skip Fire (DSF) control algorithms to command combustion or deactivation on a cylinder event basis. During low-load cycle emissions testing (what is being proposed by CARB), modeling of dDSF technology predicted reductions in tailpipe NOx output while reducing CO2 at the same time. While cylinder deactivation technology isn’t required to meet current NOx standards, it may prove vital in meeting future emission targets. Another side effect has been a reduction in fuel consumption. 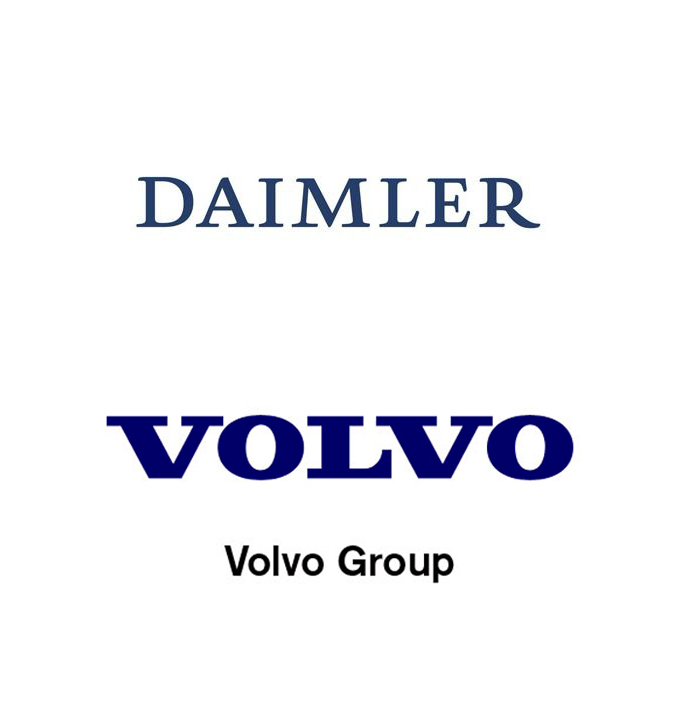 Daimler Truck AG and Volvo Group have both signed a non-binding agreement to begin producing fuel cell systems for heavy duty vehicle applications. The joint venture, devised as a way to decrease development costs for both parties, will operate as an independent and autonomous entity, which leaves Daimler AG and the Volvo Group as competitors in all other areas of business. The end goal is for both industry giants to be able to offer heavy-duty vehicles with fuel cells for long-haul applications. 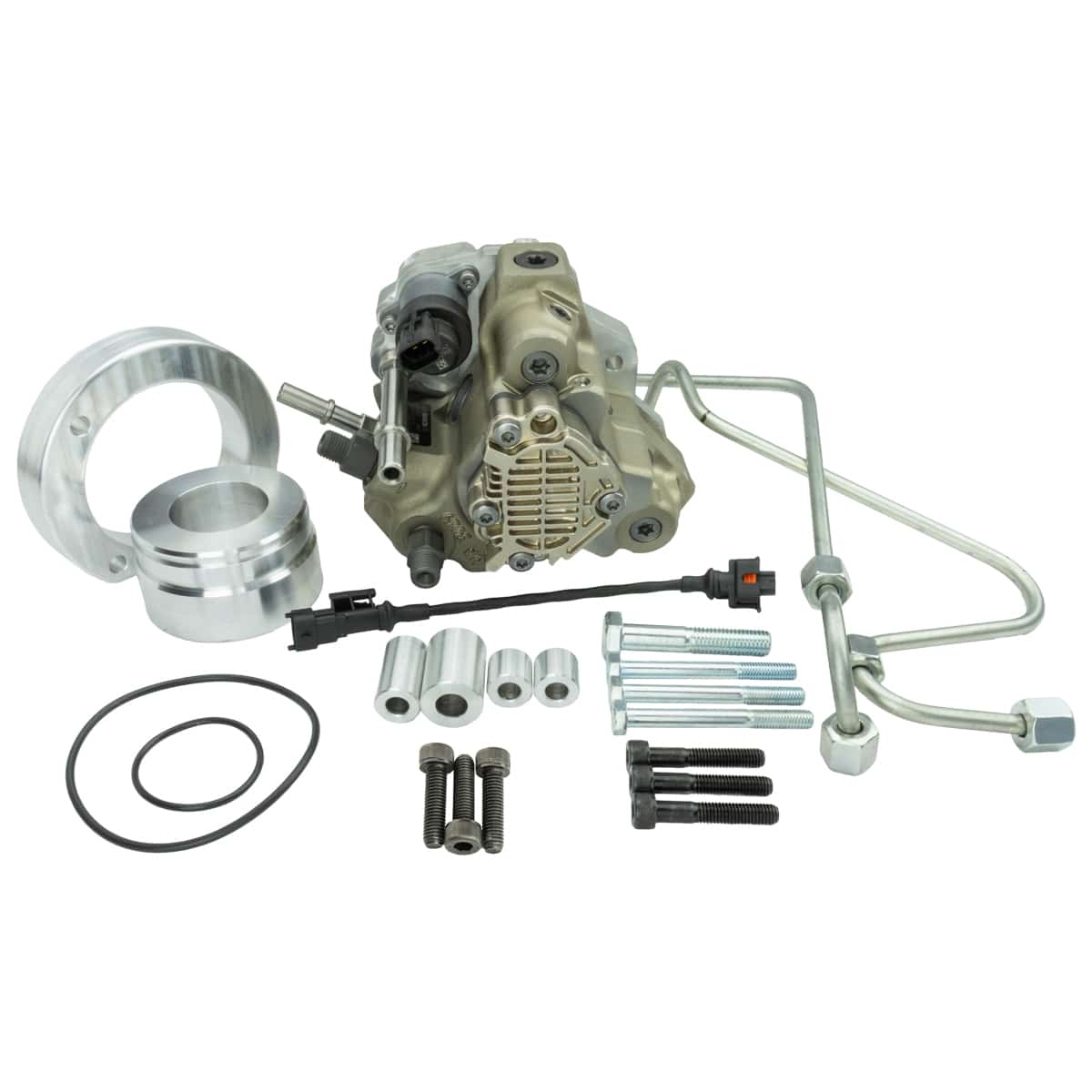 The 2019 model year high output (1,000 lb-ft) 6.7L Cummins brought many changes to Ram trucks, with one unfortunate alteration being the addition of the Bosch CP4.2. Instead of waiting around for the CP4.2 to come apart on the new 6.7L Cummins (‘19), the guys at Industrial Injection are being proactive. The company’s CP4.2 to CP3 conversion kit comes with everything needed to pull off the swap, the system works on bone-stock OEM trucks without tuning, and is emissions compliant. In order to allow for increased rail pressure at higher rpm, Industrial includes its proven 10mm stroker CP3 in the kit. Its CP3 conversion retails for $2,725. 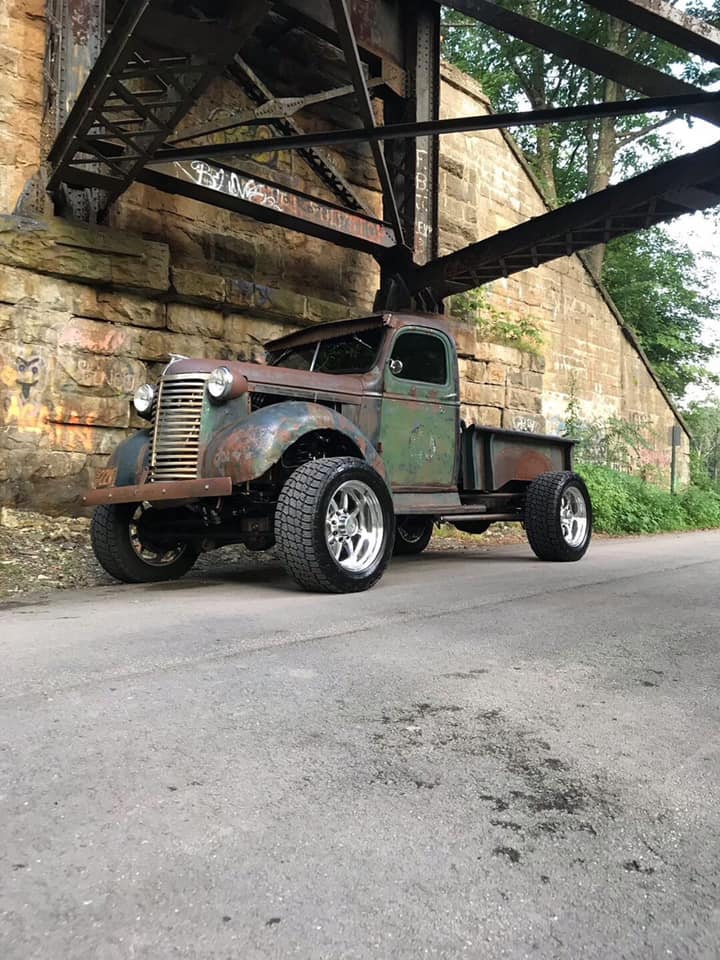 T.J. Salokas’ Chevy rat-rod may just be the most tastefully-done example we’ve seen. Everything started with a ’49 F6 frame, to which he C-notched the rear and added a four-link, and then Z-notched the front and added a three-link. Then came the ’06 Super Duty axles with 3.73 gears and the NV273 transfer case. The cab is off of a ’39 1-1/2-ton and the shortened bed (now with a wood floor) came from a ’40 model. Beneath the hood, you’ll find a 12-valve Cummins with a single S400 and an air-to-water intercooler. The potent P-pumped 5.9L is backed up by a 4R100 built by Wyse Auto Repair. 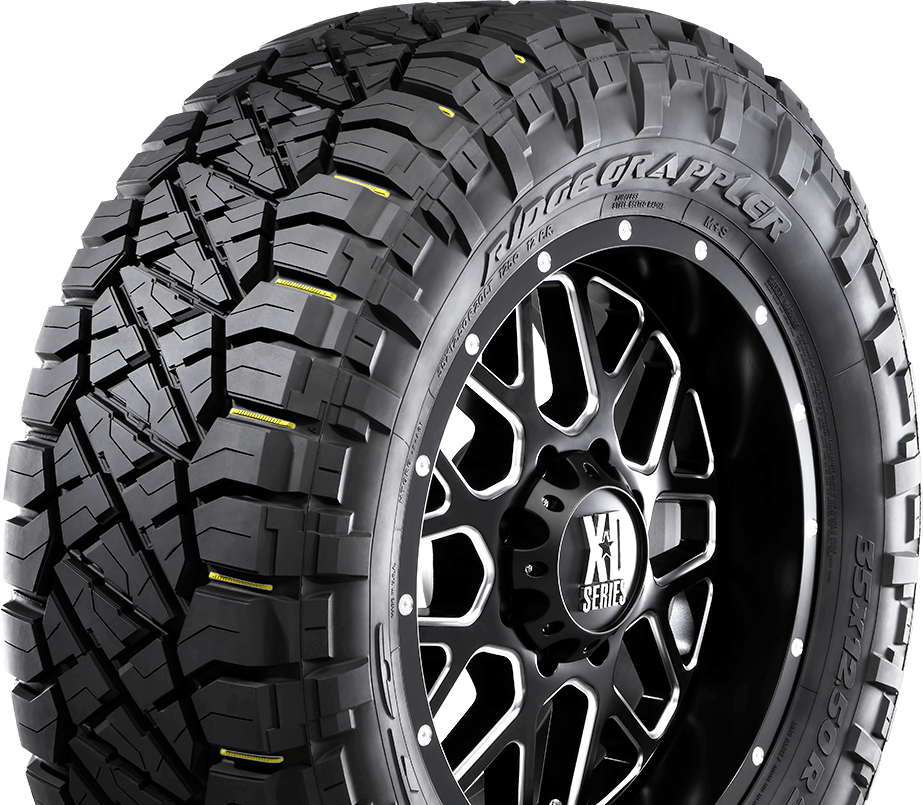 Looking for something more aggressive than an all-terrain but don’t want the road noise of a mud terrain? Nitto Tire’s Ridge Grappler bridges the gap between these two worlds. The hybrid terrain, as it’s known, combines the quiet and comfortable ride of an A/T with a deep, aggressive tread pattern capable of providing solid off-road performance. Nitto’s variable pitch tread pattern technology is the secret behind this tire’s inaudible highway manners, and its staggered should lugs provide added bite off the beaten path. As for fitments, the Ridge Grappler is available in over 90 different sizes, ranging from 16-inch wheels all the way up to 24’s.