If you’ve ever looked at a full-size diesel truck flying down a dragstrip and thought “I wonder what that engine would do in something lighter,” you would not be alone. Diesel trucks are awesome all-around vehicles, but for all-out speed, their 6,000-8,000 lb weights hurt quite a bit. Brad Makinen thought diesel trucks were dang heavy too, so he decided to do something about it. In 2007, he debuted the “DirtyMax,” a tube chassis drag truck that he’d stuffed in a Duramax. Although the truck eventually ran mid-8s in the quarter mile, the 3,460-lb rig was on an outdated chassis and miles away from the 2,350-lb minimum of the Pro Stock Truck class.

“The complete rolling chassis and body with no engine or transmission comes in at around 1,200 pounds, which is darn crazy”

A couple years ago, Brad got tired of racing against lighter, newer rides and decided to build one for himself. Partnering up with MBRP Exhaust, Brad started his new build with a 1941 Willys Pro Mod body, and a 2001 6.0-second certified chassis, built by Tommy Mooney. The chassis itself is chromoly steel, and built with double-framerails, for maximum resistance against a diesel engine’s massive torque. It’s also very light, and we mean VERY. The complete rolling chassis and body with no engine or transmission comes in at around 1,200 pounds, which is darn crazy.

So Brad had his new state of the art chassis, which just meant that he now needed a motor. Built with lessons learned from the DirtyMax, the 6.6L Duramax that powers the Willys is a masterpiece of engineering. Starting with a quarter-filled LBZ block, Brad stuffed the engine with Carrillo rods, Mahle pistons designed with bowls to Brad’s own specifications, and surprisingly, a factory LB7 crankshaft. Main stud bolts were upgraded with ARP studs, and the engine also received a set of trick ARP 625 head studs. The engine was mounted low in the chassis, practically on the ground thanks to a dry sump oil system from Pacific Performance Engineering.

The parts that make power are top notch as well. An experimental camshaft from Hamilton Cams actuates a set of titanium pushrods from Trick, before opening the valves of the Wagler Racing cylinder heads. Built as a joint venture with Brodix, the CNC ported heads flow a whole lot more than the factory versions, allowing for greater power at lower boost levels. Speaking of boost, for flow and packaging purposes, the Willys uses twin GTX4094 turbochargers, that are wastegated to 55psi of boost with twin 60mm Turbosmart wastegates. These turbos were mounted with a custom set of headers built in-house at G&J Diesel. 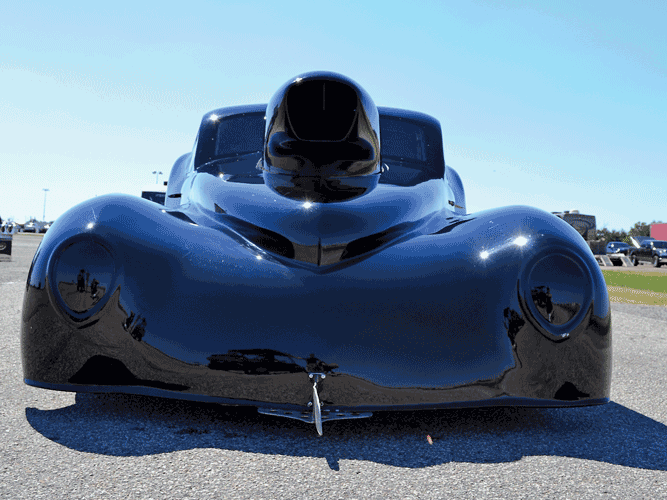 For fueling, the 6.6L in the Duramax makes a big departure from the norm by running a Bosch Motorsports stand-alone ECU. The Bosch ECU allows virtually limitless tuning possibilities, while enabling the engine to spin to a whopping 5,750rpm redline. Supporting the Bosch system is a 200gph FASS system, and twin CP3’s from Exergy Engineering. For injectors, Brad alternates between Dynomite Diesel units, and Exergy Engineering injectors. Tuning for the whole system is handled by Ryan Milliken from Hardway Performance. 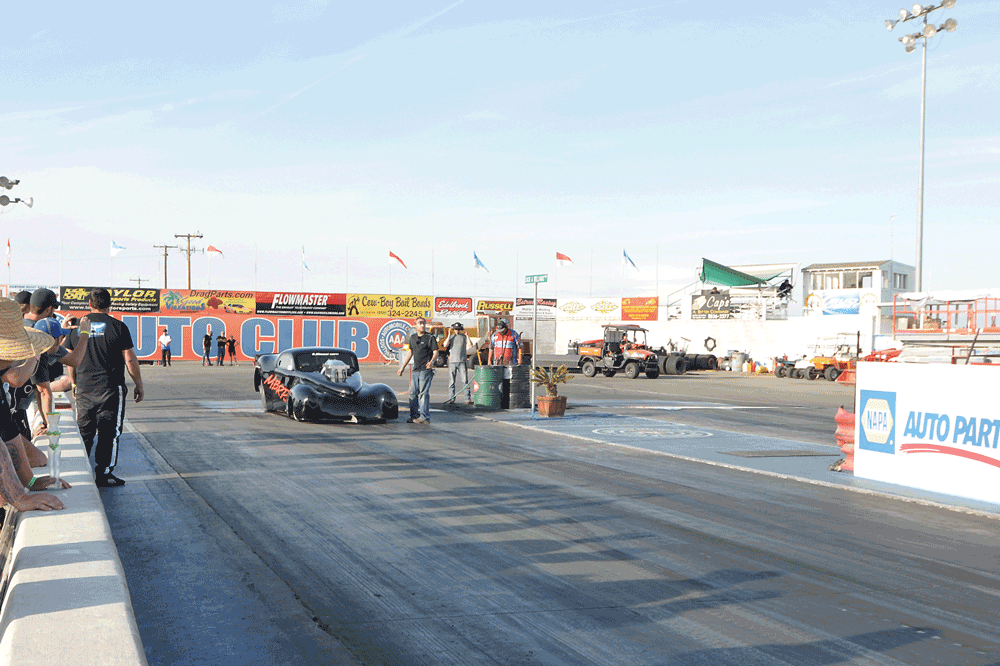 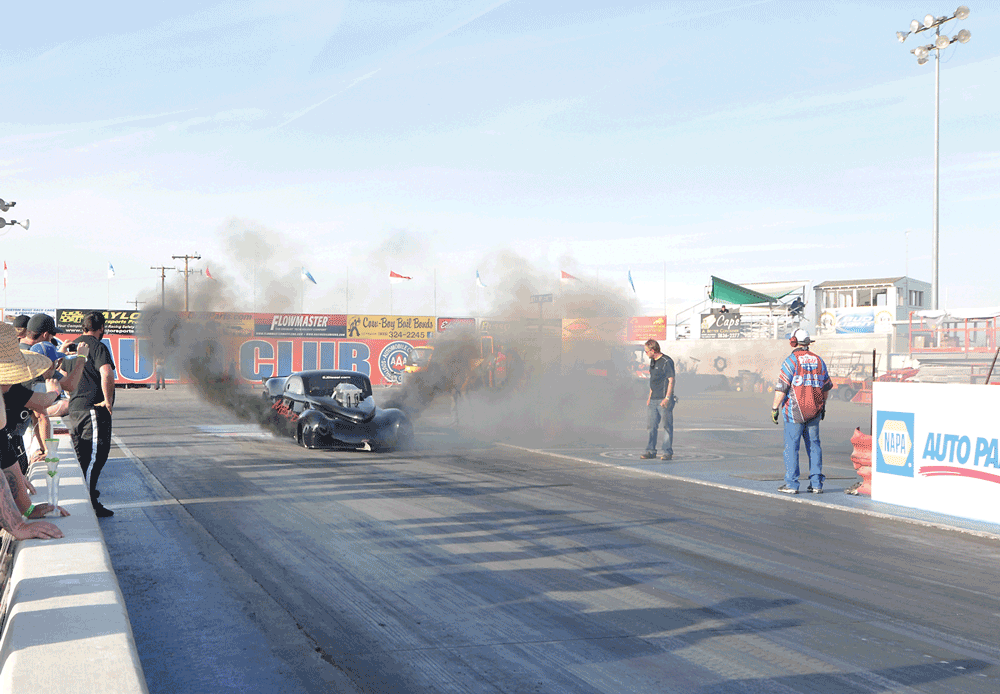 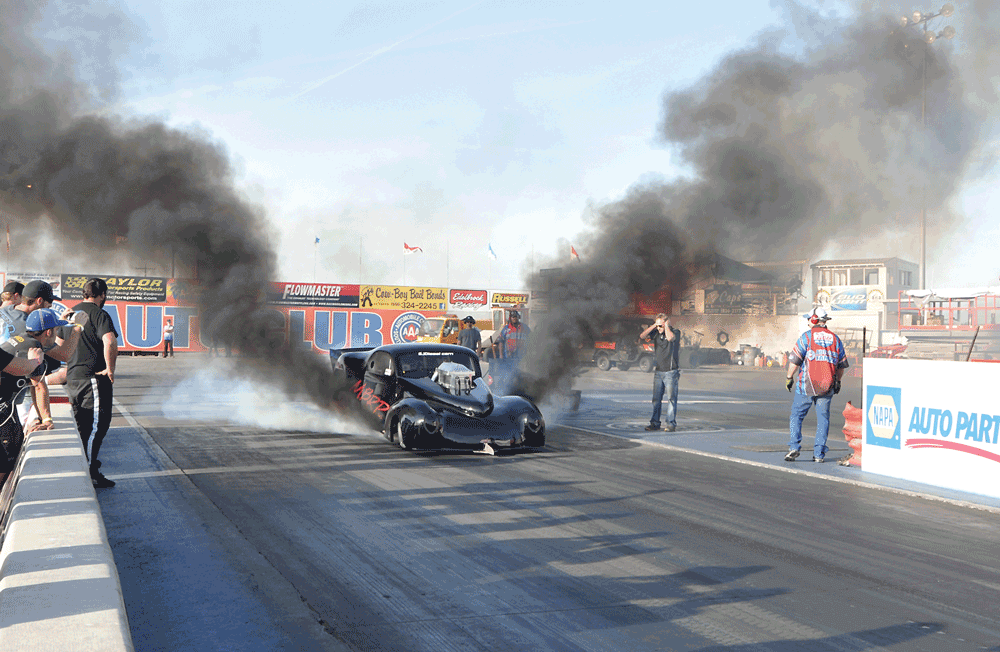 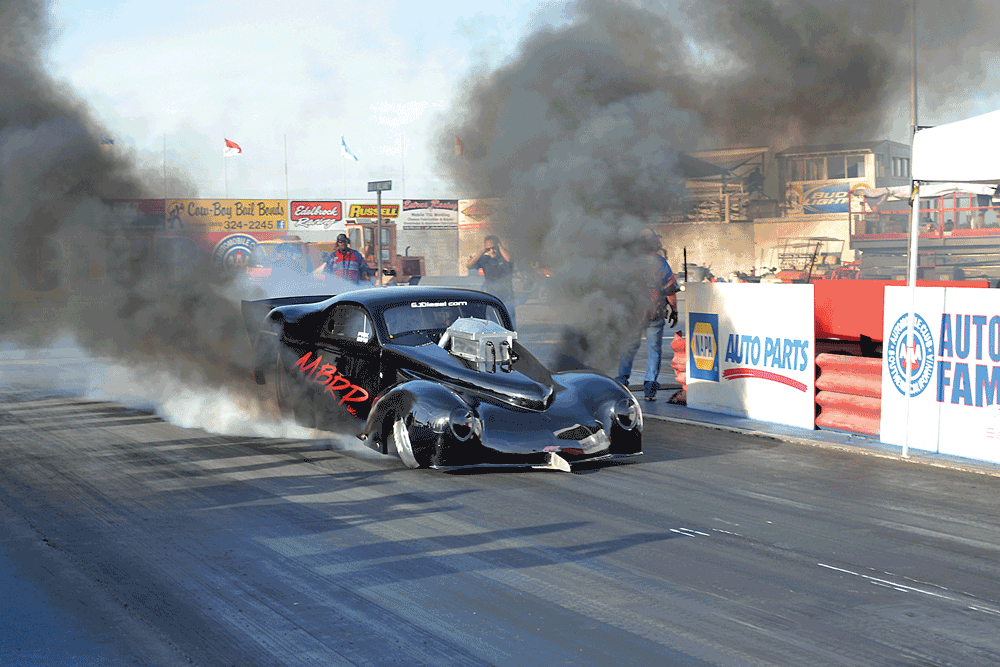 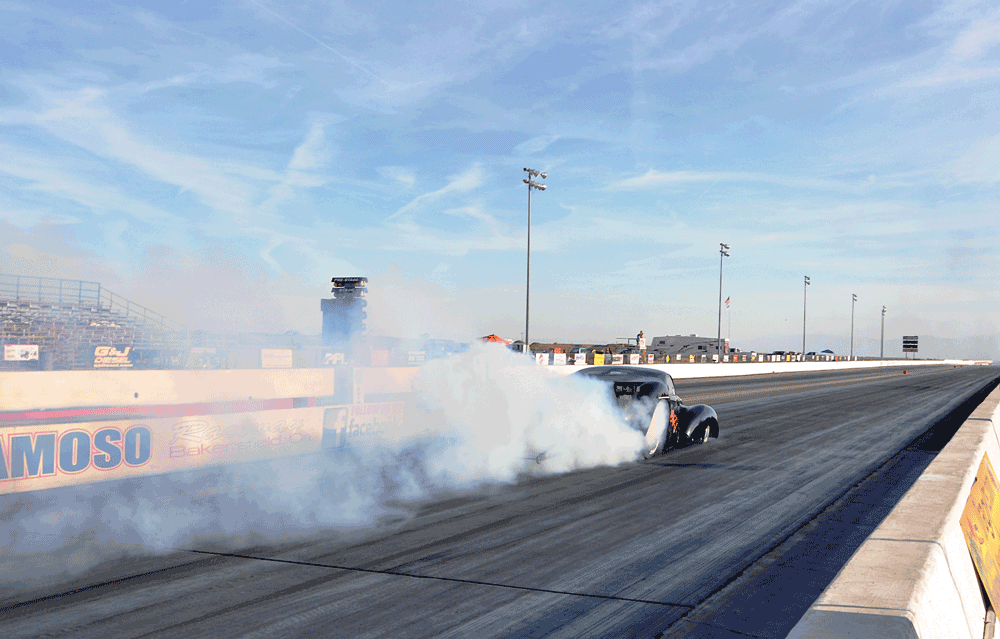 For weight and durability, another departure from the norm was made in the transmission department. Instead of an Allison, the Duramax is hooked to a three-speed Lenco, through a Bruno converter drive. The planetary gear transmission has virtually no lag between shifts, and even incorporates a lock-up converter built with help from SunCoast Converters and Precision Industries.

At a 2,600-2,700lb race weight, the Willys has run a best pass of 8.28 at an astounding 177mph and is getting faster every pass. Currently at around 1,000rwhp, the team has another 300-400hp left on the table, which means the Willys is definitely within striking distance of the current Pro Stock record. With a stratospheric redline, unique transmission, and powerful Duramax engine, Brad’s newest ride has come out of the gate storming! DW