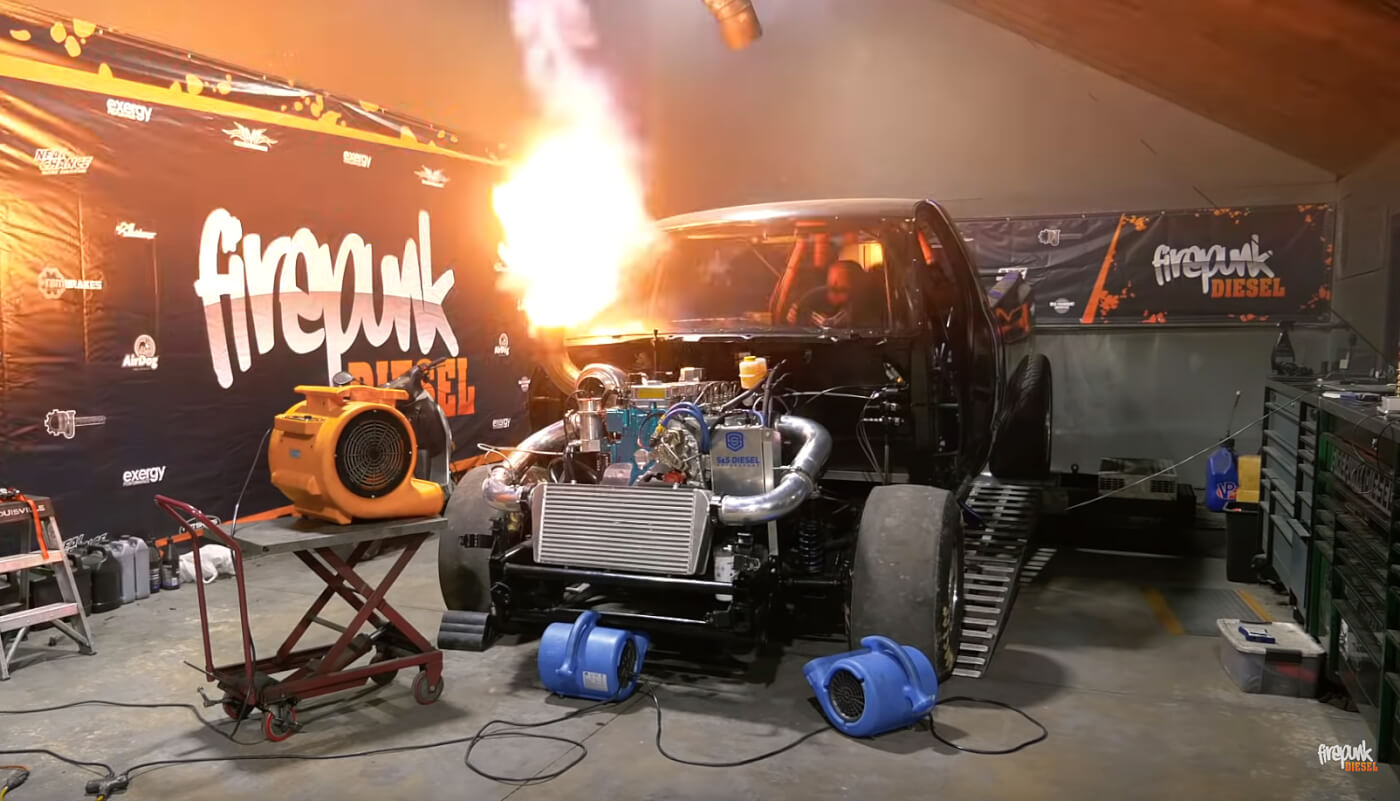 It was a trip that featured troubleshooting, lots of N20, one massive nitrous backfire, and 1,895 hp. In order to solve an intermittent mechanical issue he’d been having at the races, Ethan Patterson brought his race truck to Firepunk Diesel for some dyno time, and then started activating nitrous kits. The 1,895hp pull came with three stages of nitrous on line, and the Stainless Diesel S485 Godfather turbo screaming along. With his issues ironed out and various dyno-proven horsepower tune-ups logged, Patterson should have a recipe to match any racing surface (or competition) he encounters. 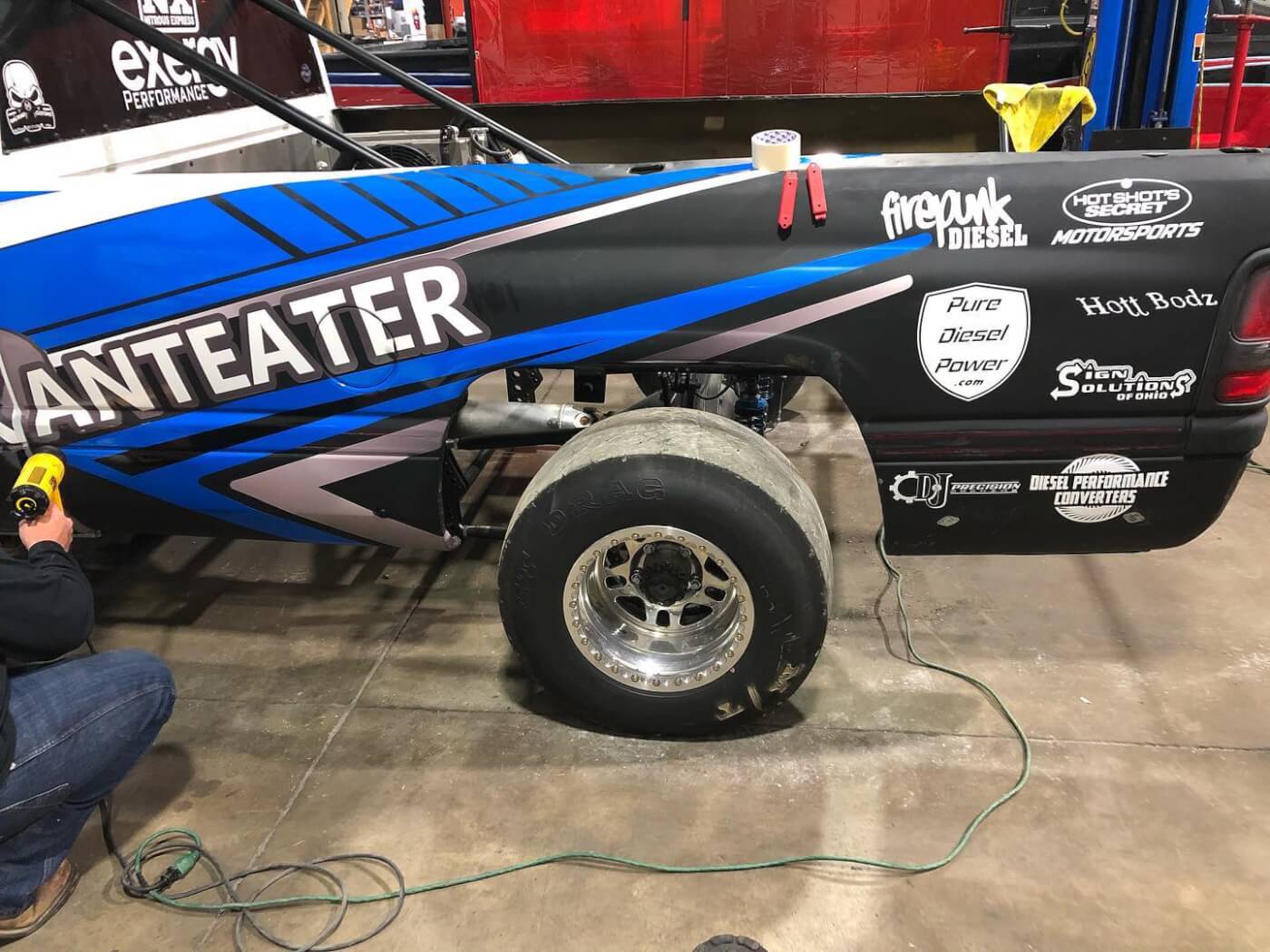 Pro Mod to No Mod

In preparation for the weekend’s No Prep Kings event in Hebron, Ohio, Austin Doidge had to add some steel (and unfortunately a little weight) to his 5.90 Index second-gen in order to compete. With rules stipulating a steel roof and bedsides be run, Doidge had a bit of work ahead of him, but with the end-goal being permission to race on small tires, it was totally worth it. According to Doidge, the truck was converted to gutted steel bedsides in three hours’ time. Perhaps even more impressive is how well-matched the wrap on the bedsides is with the cab. 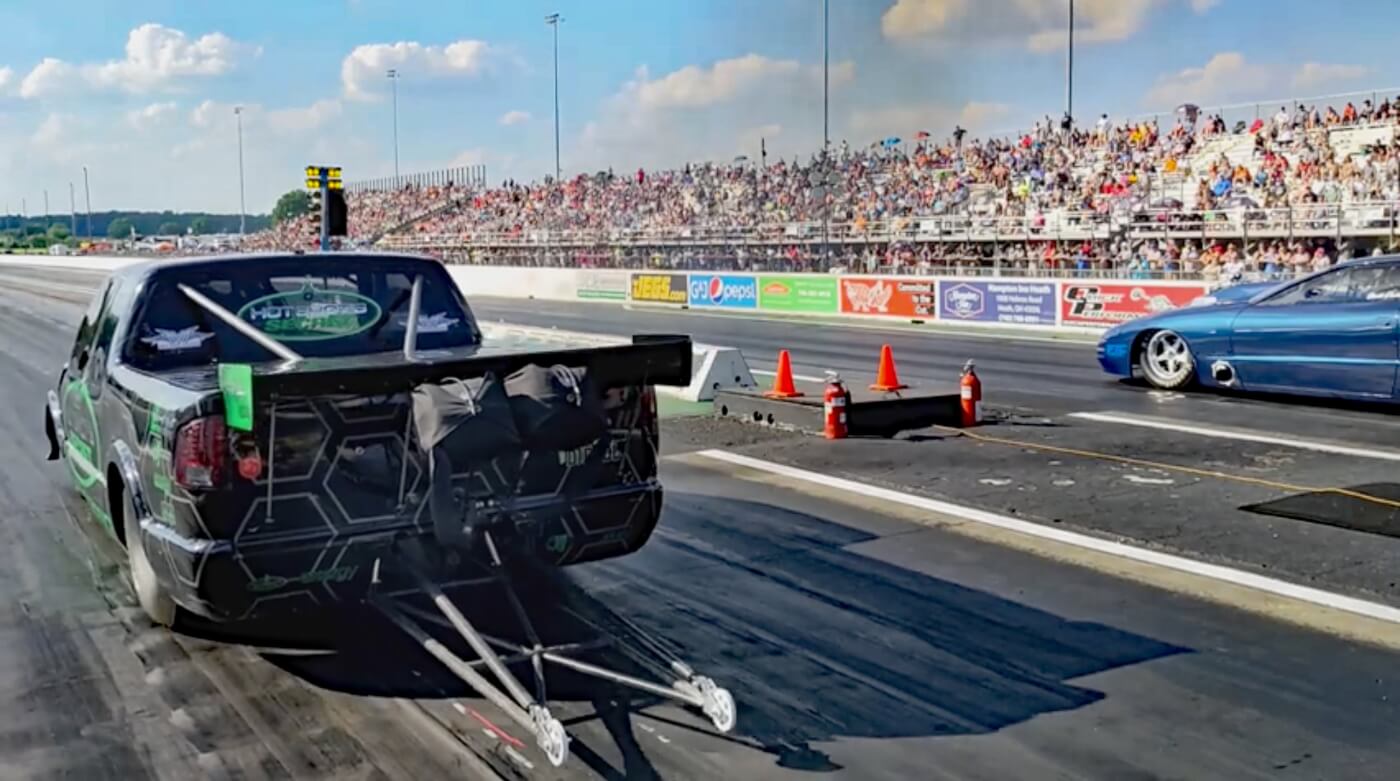 Speaking of No Prep Kings, Firepunk Diesel brought the Pro Mod S10 to National Trail Raceway to mix it up with some of the biggest names in the racing world over the weekend. Up against Bill Lutz in a grudge race, driver Larson Miller took the win despite blowing the passenger side door off the S10 at 150 mph due to tire shake. Returning with the truck’s old doors in place, Miller proceeded to take James “Doc” Love out in round 1. And although they were put out by Larry Larson’s Cadillac later on, the world’s fastest eighth-mile diesel made some impressive passes in front of a packed house. 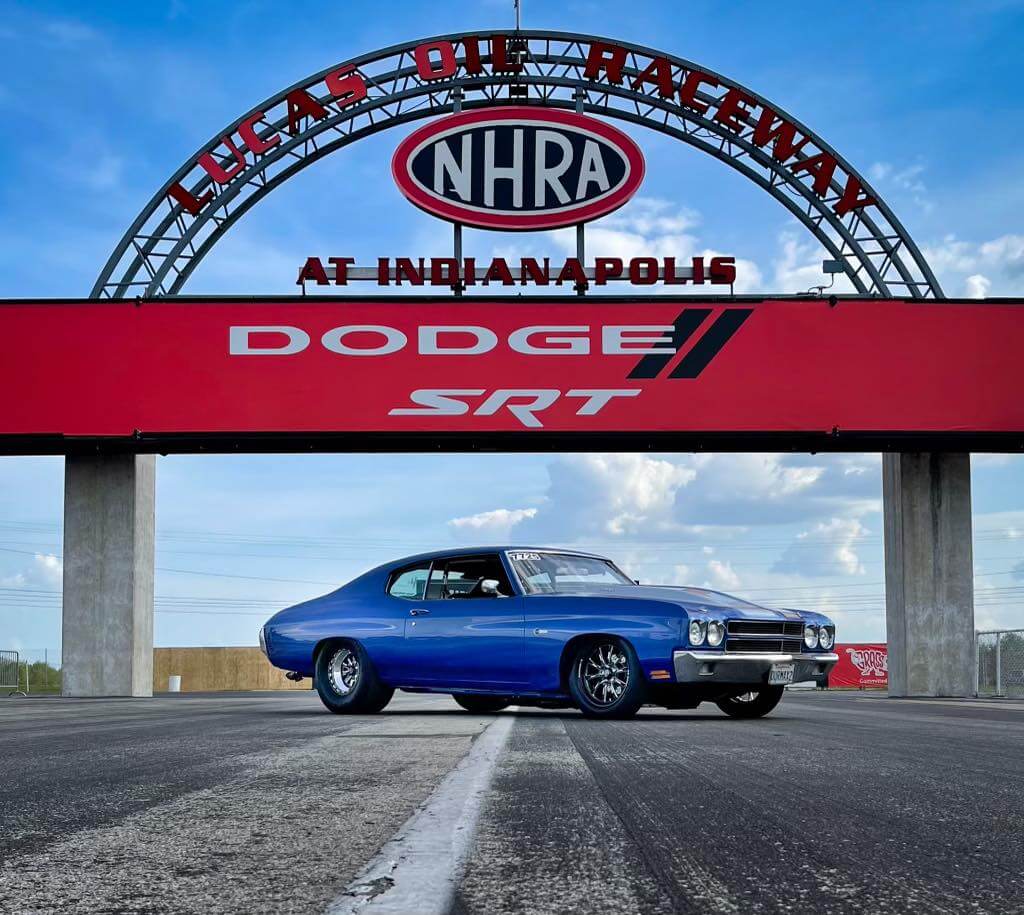 Diesel Chevelle Breaks Into The 8’s!

Rick Fletes’ racing tour through the Midwest culminated with a Third Place finish in the Street Machine category along Summit Racing’s Midwest Drags series. He and his Duramax ’70 Chevelle averaged an E.T. of 10.05 during the event, but put up an 8.98 at 152 mph with the car turned way up on the final day of festivities. So what’s next on Fletes’ summer racing schedule? You’ll catch the Chevelle rolling into the Texas Motorplex in Ennis on June 17th for the start of the Street Car Super Nationals. 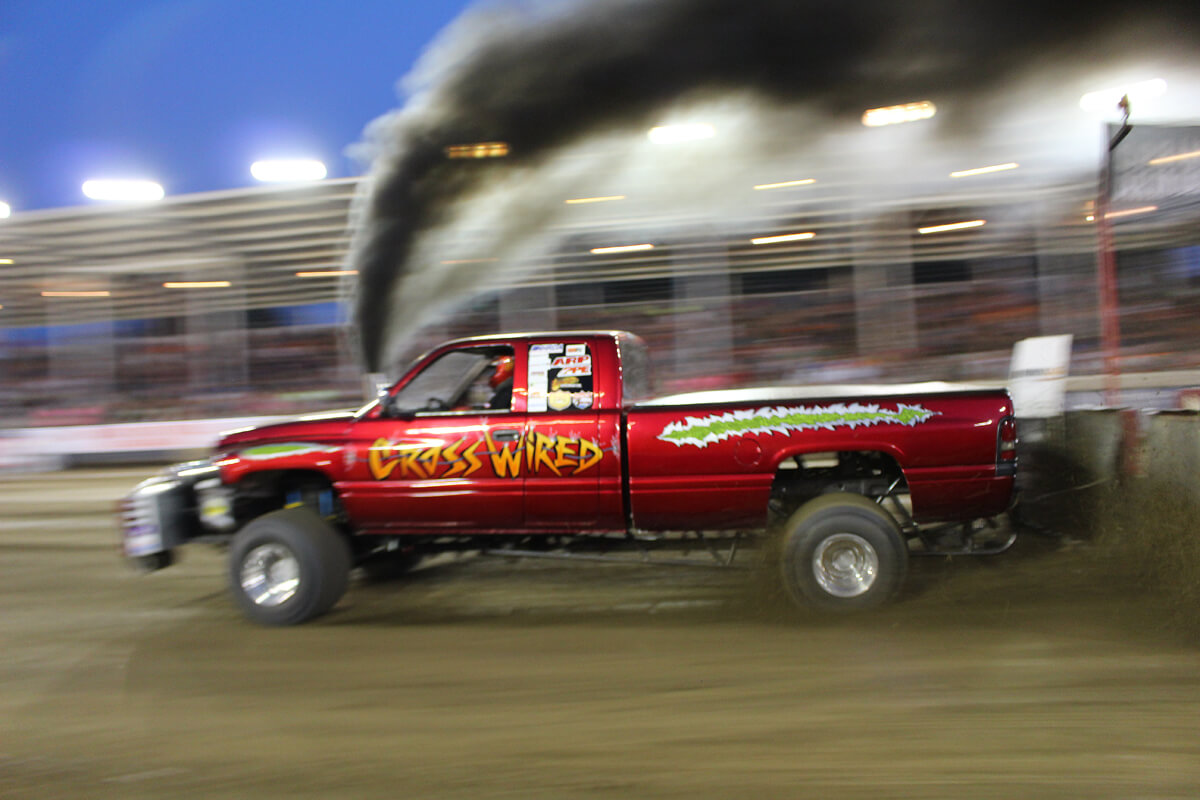 A Familiar Face Wins In The Dirt

The Pro Pulling League Pro Stock diesel trucks were in Nashville, Illinois on Saturday night, and Keith Witt walked away the big winner. His Cross Wired Dodge has come close to winning the PPL Pro Stock points race in years past, and this very well could be his year. Witt finished 7 feet out in front of the Second Place truck, Scheid Diesel’s black second-gen piloted by Brady Ingram. Chris Butler’s “Ranch Hand” Dodge was close behind that with a 317.22-foot distance, and the always competitive Matt Penn in the Penn Farms on Butler’s heels in fourth. 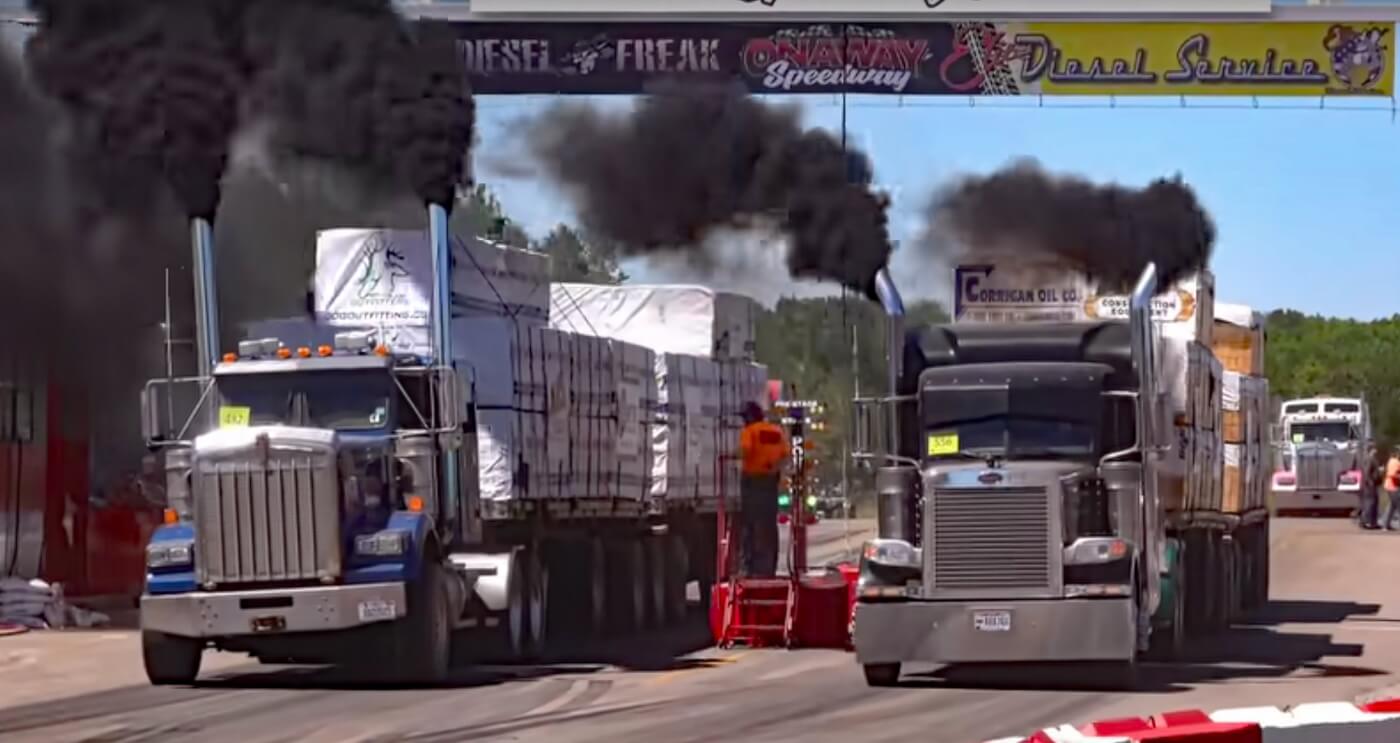 If you missed this year’s Great Lakes Big Rig Challenge up in Michigan, you’d better hop on YouTube and get caught up. The Canadian style big-rig racing invaded Onaway, Michigan’s Onaway Speedway for three days and entertained thousands. It is the only uphill, loaded, side-by-side semitruck drag race set to take place in the United States in 2021—and boy is it impressive to watch. Many trucks lift a front tire off the ground between shifts! In addition to the loaded, uphill racing, there were various bobtail racing categories, along with a show ‘n shine and a large vendor area.

According to the European Environmental Agency, the average CO2 emissions from new cars in the European Union, Norway, Iceland, and the United Kingdom increased for the third consecutive year in 2019. The average emissions figures of 122.3 g CO2/km put the EU well below its 2015-2019 target of 130 g/km, but still well above the 2020-2024 goal of 95 g/km—which must be met by 95-percent of each vehicle manufacturer’s new passenger cars registered in 2020, and met by 100-percent of all new cars from 2021 onward. According to the European Commission, one key contributing factor for the increase in CO2 levels is the shift in recent years from diesel cars to gasoline/petrol cars…