What do you get when you combine a ’73 F-250 with an early Super Duty? How about a one-of-a-kind Highboy with modern creature comforts, a stouter frame and axles, and a 7.3L Power Stroke under the hood? As a fan of both the ’73-79 Ford body style and the robustness of the Super Duty platform, Steve Burris set out to create something truly unique when he embarked on his Highboy build. “I’ve had my fair share of Highboys in the past as well as Super Duties—and this is my hybrid,” he tells us. “It’s the best of both worlds.”

What did it take to pull off the feat? Try 10 donor trucks (six ’73-79s and four Super Duties), smart parts hunting, and six months of spare time. Luckily, as a self-taught auto body guru, a competent fabricator, and being an electrician by trade, Burris was able to perform all the work himself—literally from the ground up.

With plans to outfit the truck with a diesel, a heavy-duty transmission, and eventually tow with it, Burris chose to use the Super Duty frame, axles, and suspension for the Highboy’s running gear. But because the ’99 chassis he’d obtained was of an extended-cab, long-bed configuration, making the four-door cab and 8-foot bed work meant that another 8 inches had to be added to the frame. Burris opted to stretch the frame between the fourth and fifth cross members, just behind where the cab sits. The frame, axles, and suspension were glass bead media blasted and wear a coat of semi-gloss black undercoating.

As you can imagine, more than 40 winters combined with years of abandonment weren’t very kind to the sheet metal on the ’73 model year crew cab, but Burris felt everything could be salvaged aside from the floor. As the truck sits now, the floorboard forward of the front seats is out of a ’99 Super Duty (with its transmission tunnel facilitating the use of a ZF-6 transmission), while the rear half is a custom piece Burris fabricated. Other modifications made to the original cab include the utilization of a Super Duty firewall to accommodate the clutch pedal and hydroboost brake system, and the dilapidated A-pillars being replaced with sections from a rust-free donor truck.

Parts To keep the truck’s body as close to original as possible, Burris sourced most of his rust-free replacement pieces from southwestern donor trucks. A post-Highboy-era bed (’79) was chosen due to minimal modification being required to make it line up with the contour of the Super Duty frame. The front clip and tailgate came off a ’74 model, the front doors were derived from a ’79 while the rear units once occupied a ’73, and the rust-free core support (which was modified to accommodate the Champion radiator, intercooler, and A/C condenser Burris planned to run) was also sourced from a ’73. The final touch called for the use of ’79 model year frame horns, which once welded to the inside of the Super Duty frame allowed the front bumper to sit as tucked in as possible.

Ushering the cab into the modern age, Burris bolted 40/20/40 front seats and a rear bench out of a ’99 Lariat model into place. The dash out of a ’99 XL model also made its way into the interior, which afforded Burris the ability to utilize a modern stereo, controls, and a 12-volt power outlet. The decision to go with the Super Duty dash was a tough one, but he told us it made the most sense, especially from a wiring standpoint. “As long as I kept all of the Super Duty electronics, I knew just about everything would go together,” he says. “In fact, the turn signals and taillights were the only thing I had to splice.”

As for the powertrain, Burris wanted to keep things simple and reliable—hence sourcing a late ’99 7.3L Power Stroke, ZF-6 manual, and NV271 transfer case. Added power comes in the form of a Garrett GTP38R turbo, Power Hungry Performance Hydra Chip, and a 5-inch Diamond Eye exhaust system, complete with a 4-inch downpipe. For efficient power transfer to the six-speed transmission, a 3250 dual-disc clutch from South Bend is employed.

Even though Burris has built and sold a host of Mustang and Ford truck projects in his day, we get the sense he’ll be hanging onto this one for a while. “Right now my intentions are to keep it,” he says—and then admits the truck would be his sole means of transportation (in fairer weather, of course). “That’s why I build them. To drive them and have fun with them.” 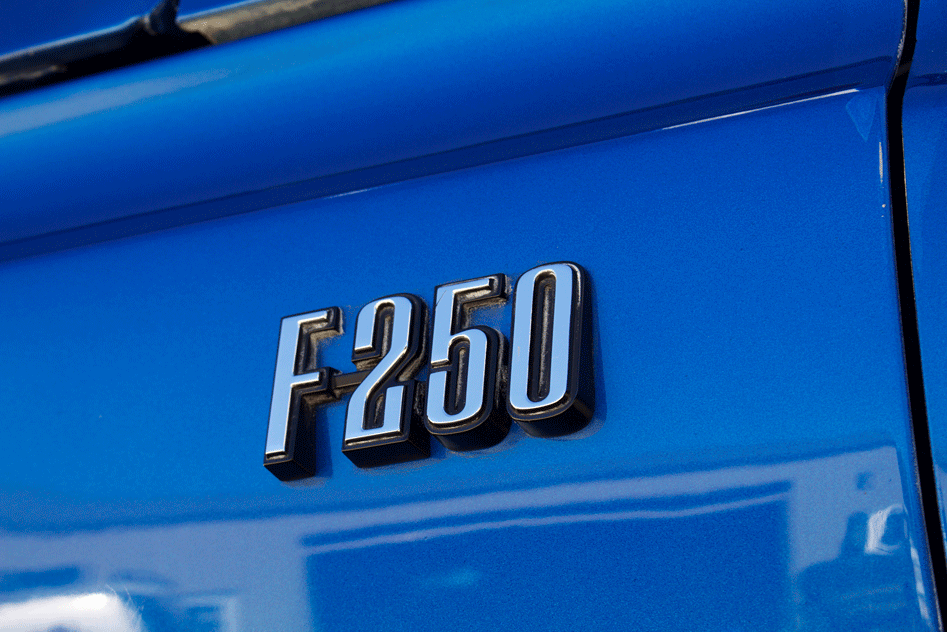 After being handed the keys, we thoroughly enjoyed our short stint behind the wheel of Steve Burris’s one-of-a-kind creation. Thanks to the 7.3L Power Stroke, ’99 chassis, and Lariat interior, the truck drives, handles, and feels just like an early Super Duty. But judging by all the looks it gets, it’s the classic lines of the Highboy body that command so much attention. DW