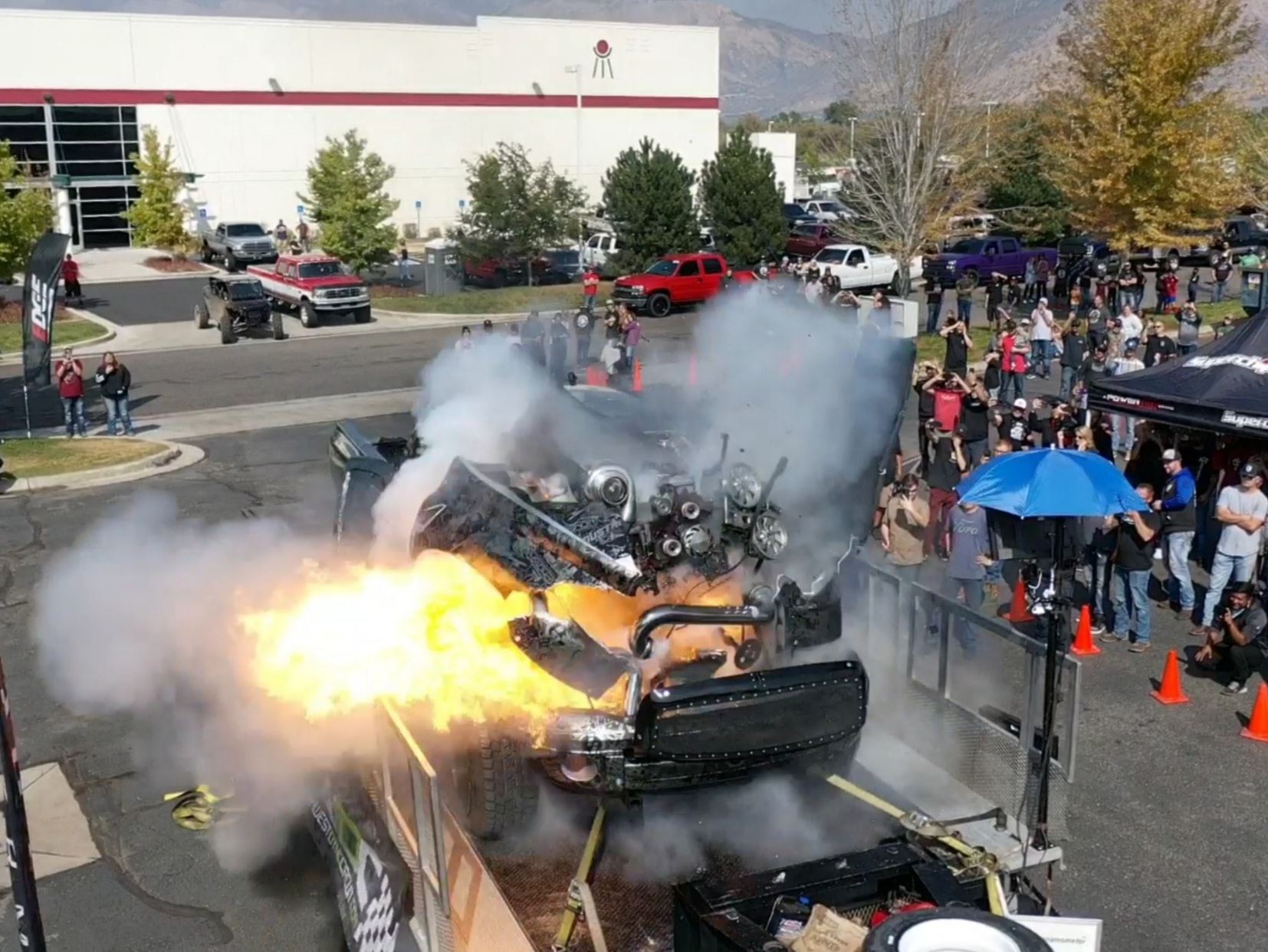 When big horsepower goes boom, the magnitude of the carnage can be astronomical. Enter Shawn Baca, Industrial Injection’s lead tech and owner of the Master Shredder II common-rail Dodge that’s that’s best known as a dyno-slayer. After making 2,920 hp and over 4,000 lb-ft of torque (the most power ever put down by a light duty diesel pickup) at the Weekend on the Edge event in Ogden, Utah, he decided to go after 3,000. Unfortunately the block had had enough and split under the load of the next pull, which led to the top of the block, head, turbos and everything else vacating the engine bay, accompanied by a giant fireball. To the Cummins’ credit, it’d been subjected to more than its fair share of abuse prior to the failure. Fortunately, Baca and dyno operator Kody Pulliam escaped with just a few light burns and scratches. 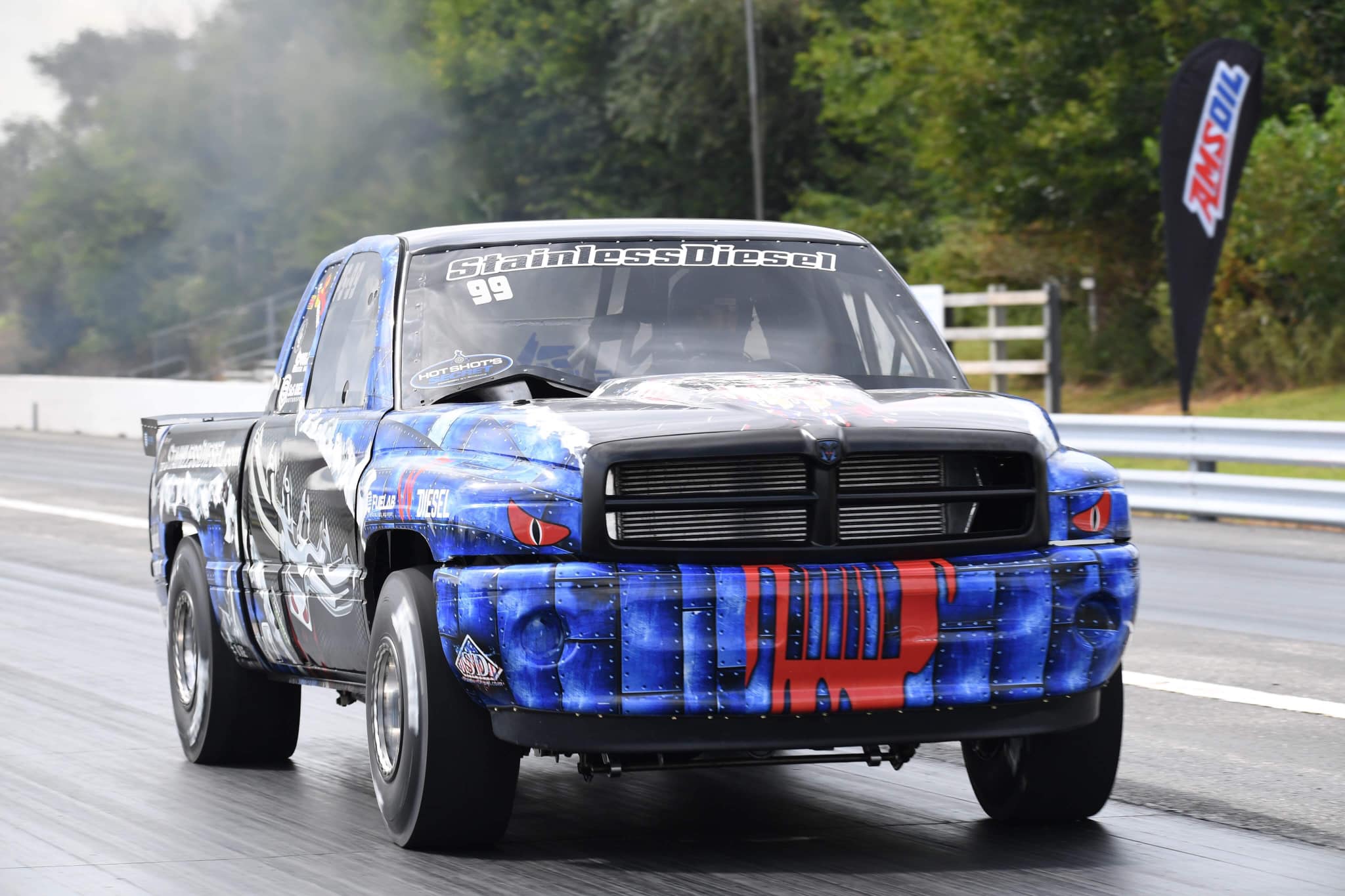 Clear across the country, the Outlaw Diesel Super Series was trying to wrap up its shortened season in Florida, amid the lingering effects associated with Hurricane Sally. Emerald Coast Dragway owner Ryan Milliken and his team worked triple-time to ensure the track was ready to go, although Mother Nature had the final say. But even though rain showers shut down the Hardway Sunshine Showdown early this year, fans were still treated to a 4.86-second pass at 155-mph from John Gilbert in Pro Street before the skies opened up, along with some exciting grudge racing action on Friday evening. 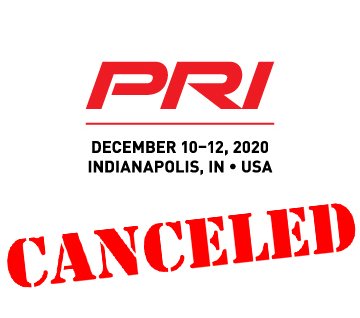 Yet another win for Covid-19 and another loss for us… In a move that was expected by most and surprised very few, it is now official: the 2020 Performance Racing Industry trade show has been canceled. The death of this year’s PRI Show comes on the heels of SEMA 2020 also being canceled, even though the powers that be tried everything in their power to find a way for the mainstay Indianapolis trade show to go on as planned this December. Even with a mask mandate, proper social distancing guidelines and attendee limitations in place, the possibility of pulling off a productive PRI Show while adhering to all safety precautions simply wasn’t feasible this year.

At a time when towing is on the rise, GMC will offer various new features on its 2021 model Sierra 1500 and HD trucks. Among the new or enhanced towing technologies will be a trailer length indicator, jack-knife alert, rear trailer view and trailer angle indicator, rear side view enhancement, and cargo bed view enhancement. The trailer length indicator is enabled when the truck’s turn signal is on, which triggers a red overlay twice the length of the trailer on the screen on the dash, and displays when other vehicles are present. The rear side view enhancement, present on 2020 models, is updated for 2021 to allow the driver to use the function while driving in reverse. 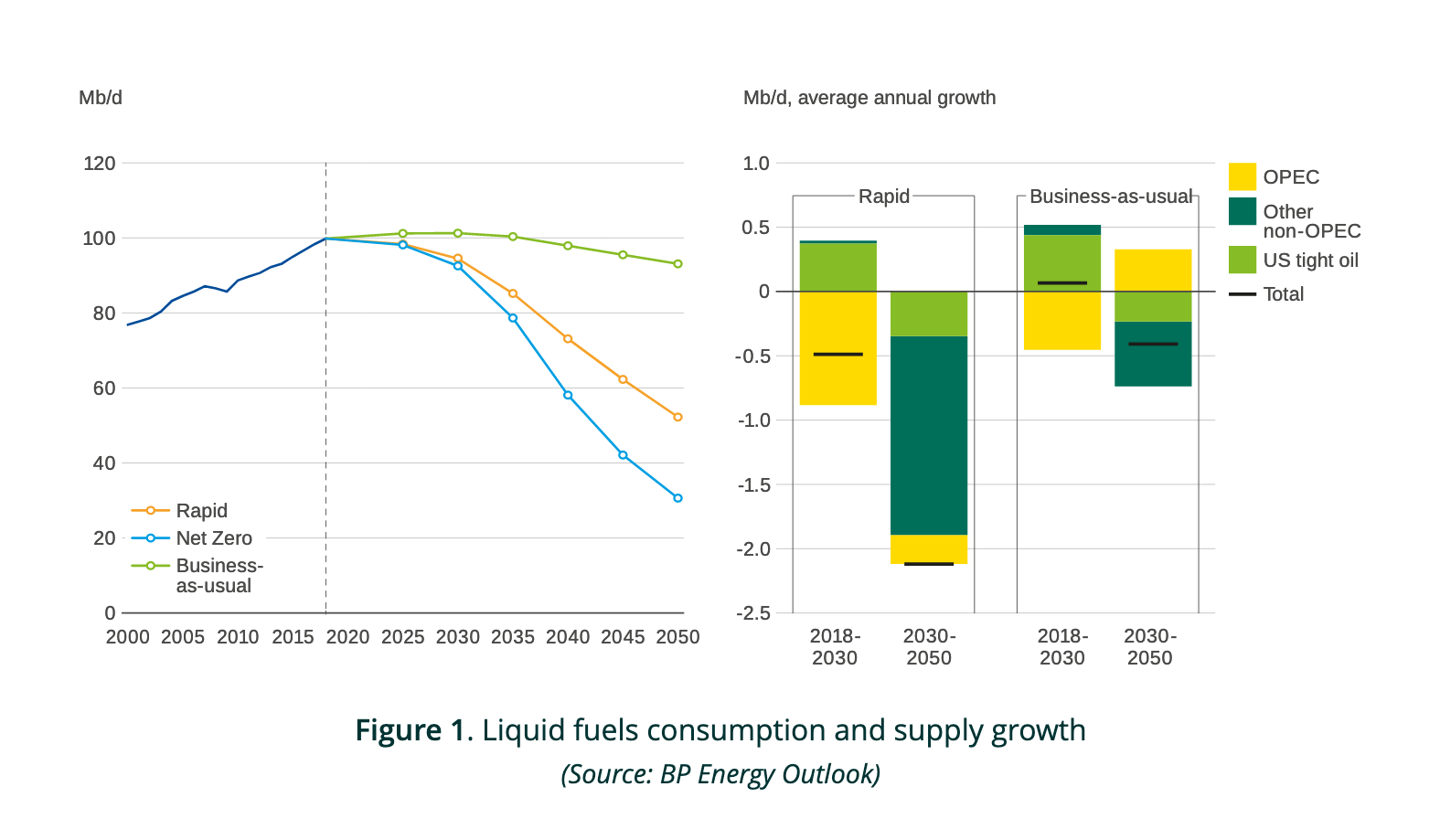 According to its 2020 Energy Outlook, BP’s annual fuel and energy report suggests that peak oil is either close, or that it already happened in 2019. In its Business as Usual model, one of three potential scenarios laid out in the Energy Outlook, it is claimed that once the world recovers from the impact of Covid-19 the consumption of liquid fuels will be broadly flat for the next 20 years. As 2050 nears, consumption will dip even further, the Energy Outlook states. While India and other nations in Asia and Africa continue to see increased demand for liquid fuel, it will be offset by the consumption decline in more developed economies. In summation, the report lends one to believe that the Covid-19 pandemic will have a long-lasting, if not permanent, impact on the world economy and energy markets.