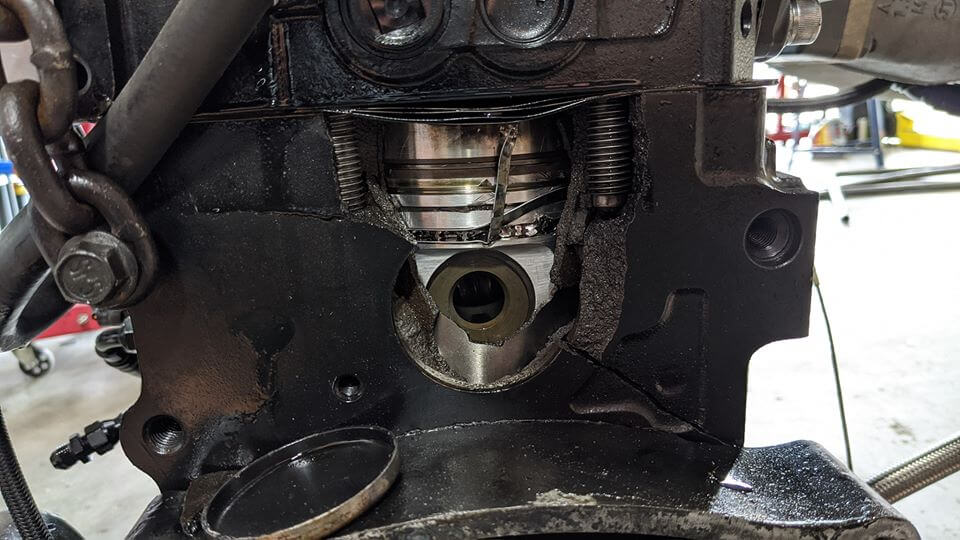 The Limits of A Cummins Block

How far can you push a filled factory Cummins block? Until it breaks… Well, in the words of Paul Cato himself: “If you’re going to do it, do it big.” Funny thing is, his block let loose in a drag race that his common-rail, second-gen Pro Street truck would go on to win. After the meat behind the number 6 cylinder blew apart at the 400-foot mark, Paul coasted the rest of the way and still got the win (by a truck and a half). It all took place in the Truck Class at Outlaw Armageddon, and despite the engine failure it no doubt made a statement as to how quick diesel trucks are becoming. Look for Paul’s next engine to sport a deck plate and come from Wagler Competition Products.

At the Drag Strip 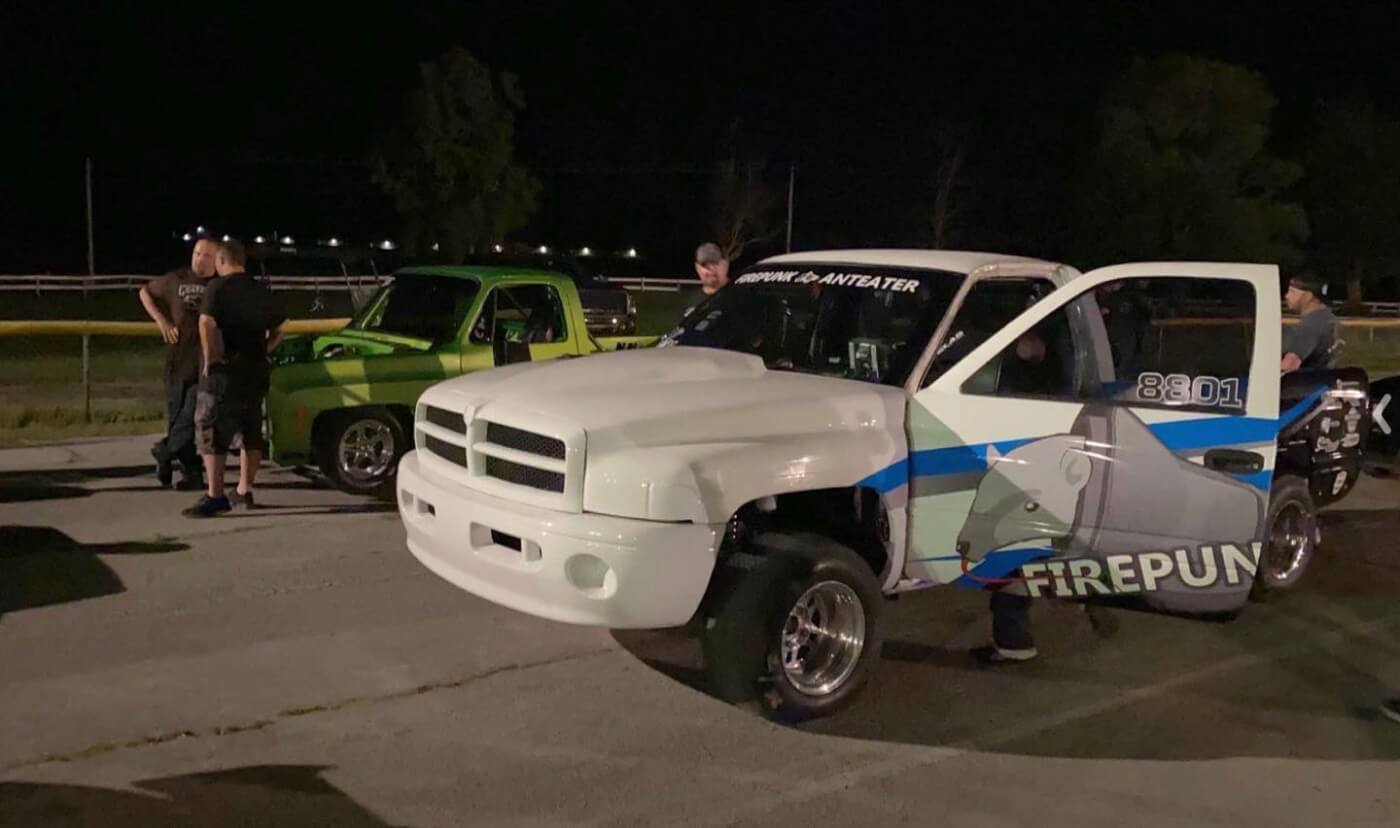 It’s no secret that more and more diesels are showing up to no-prep events these days, and over the weekend Austin Doidge got in on some of the action with his ODSS 5.90 Dodge, which was wearing a set of 28’s. On Friday night, his common-rail Cummins nabbed a first round win and then came up short to a twin-turbo’d, big-block Chevy. The following night, Austin was at it again and appeared to have gotten the hang of the small tire thing, this time taking the win against the same nasty truck. Even though the races were no-prep, no-time affairs, Austin swears the truck went quicker and faster than it ever has before.

On the Salt Flats 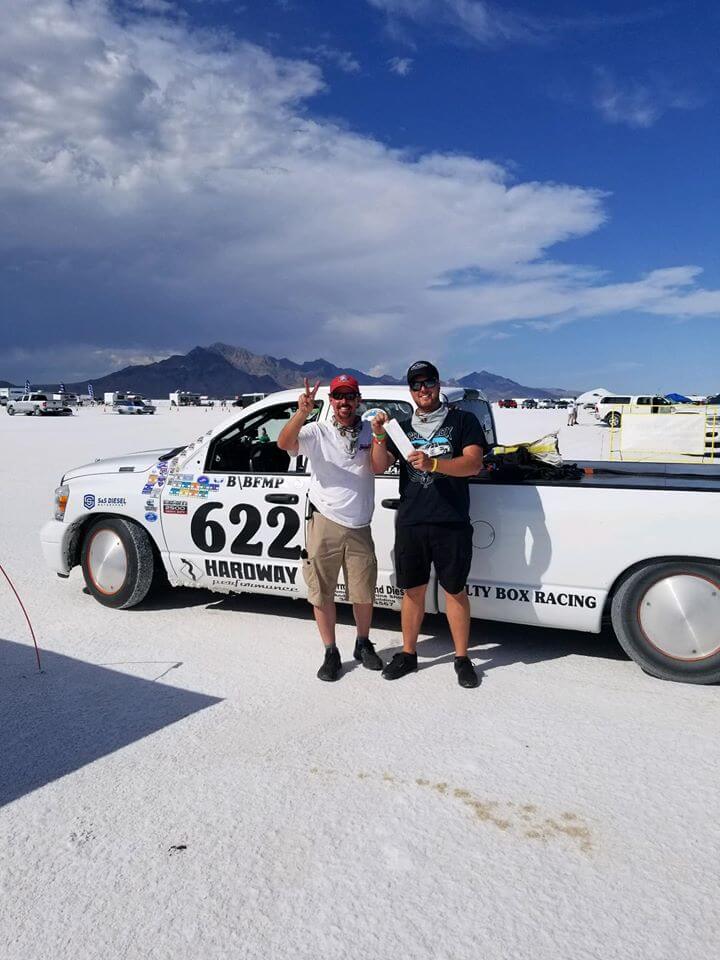 When Tim Boyle of Salty Box Racing and driver Ryan Milliken made their way back to the salt flats in Bonneville this year, their goal was to get into the Southern California Timing Association’s record book. The class they were trying to conquer with this Cummins-powered Ram was the B engine Blown Fuel Modified Pickup category. After addressing a blown intercooler boot, Ryan piloted the truck to a 218.885-mph effort through mile 4 during qualifying. Unfortunately, a broken rear end kept him from backing it up the following day. Despite the event-ending failure, the truck was running 2.5-percent faster than it was the day before. With that kind of encouraging data, we’re pretty sure they’ll be back. 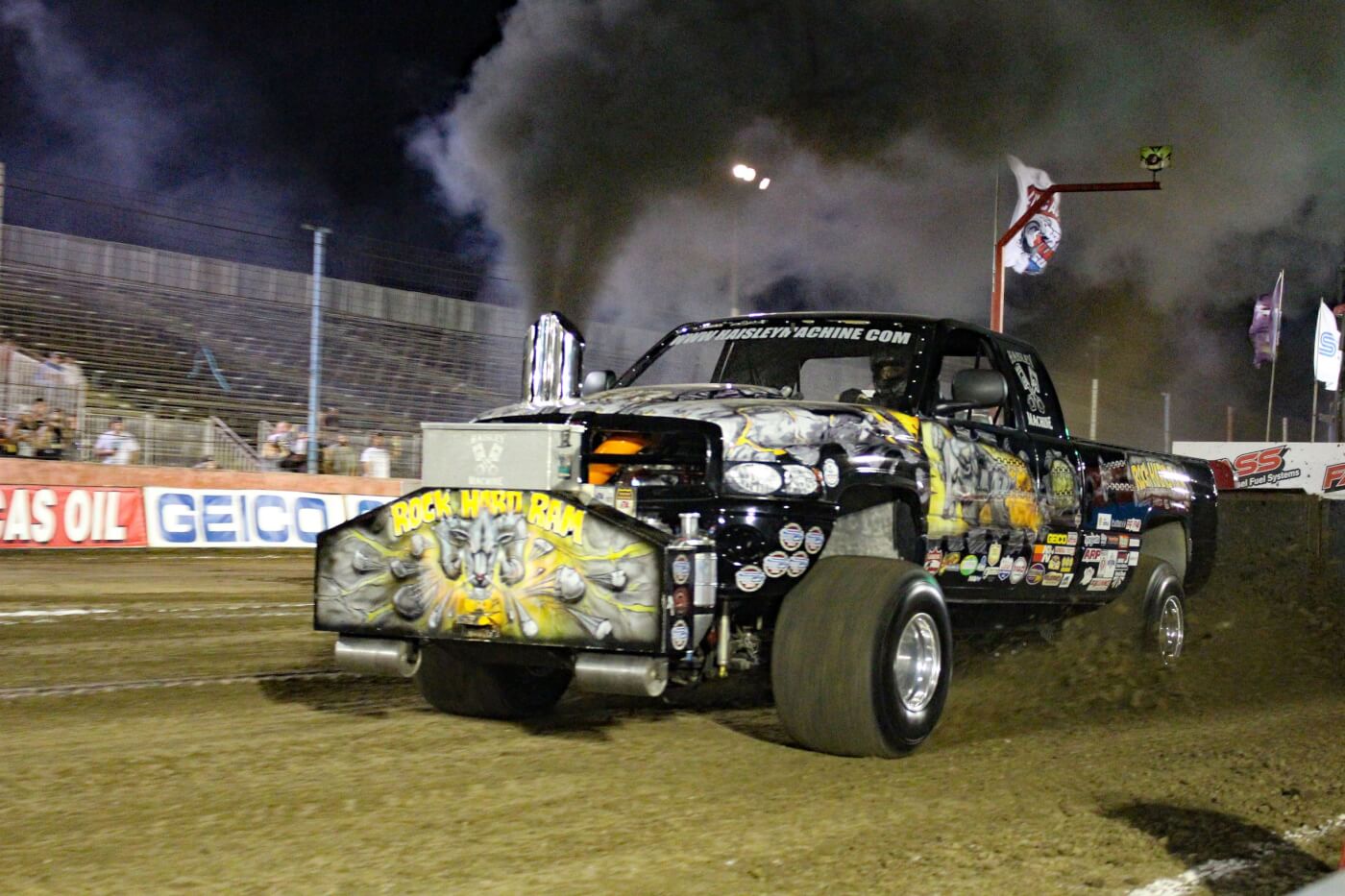 Some 18 Super Stock diesel trucks made the trek to 300 Raceway in Farley, Iowa over the weekend to do battle for Pro Pulling League championship points. Unfortunately for everyone else, Haisley Machine’s Van Haisley would go undefeated aboard the Rock Hard Ram, winning on both Friday and Saturday night. On Friday, Van finished just shy of 4 feet ahead of Second Place Kent Crowder and 5 feet out front of Third Place Jim Greenway. On Saturday, Van pulled off the win once again, but this time Cody Hastings and Erik Stacey followed him onto the podium. 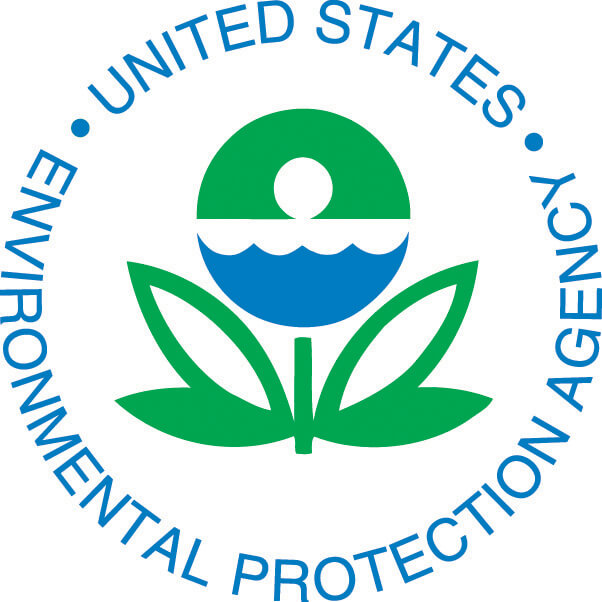 How will future aftertreatment technologies for diesels look? The U.S. Department of Energy Vehicle Technologies Office 2020 Annual Merit Review (AMR) laid out a primary goal for low-temperature aftertreatment systems. In detail, that goal aims to achieve better than 90-percent conversion of criteria pollutants (CO, NOx, and hydrocarbons) at 150 degrees C for the full useful life of the vehicle. In addition, this technology must optimize or replace precious metal usage in order to control cost, and lower both N2O and CH4 production to avoid potential negative adjustments in fuel economy ratings.

Looking for the cleanest of all ’03 6.0L’s? How about an immaculate version that’s making more than twice the factory horsepower in reliable fashion? Todd Knoles’ 99,000-mile, extended cab 4×4 2003 F-250 is up for grabs, and it’s got all the goodies: 205/80 Elite Diesel injectors, DieselSite billet high volume HPOP, FASS Titanium 125-gph lift pump system, Driven Diesel regulated return, Elite Diesel 64mm SSX VGT, 58-volt FICM, and custom tuning via an SCT touchscreen. The heads are sealed to the block via Ford gaskets and ARP Custom Age 625+ head studs. The mint-condition Ford makes a dyno-proven 551 hp and 946 lb-ft, and is listed for $18,000. 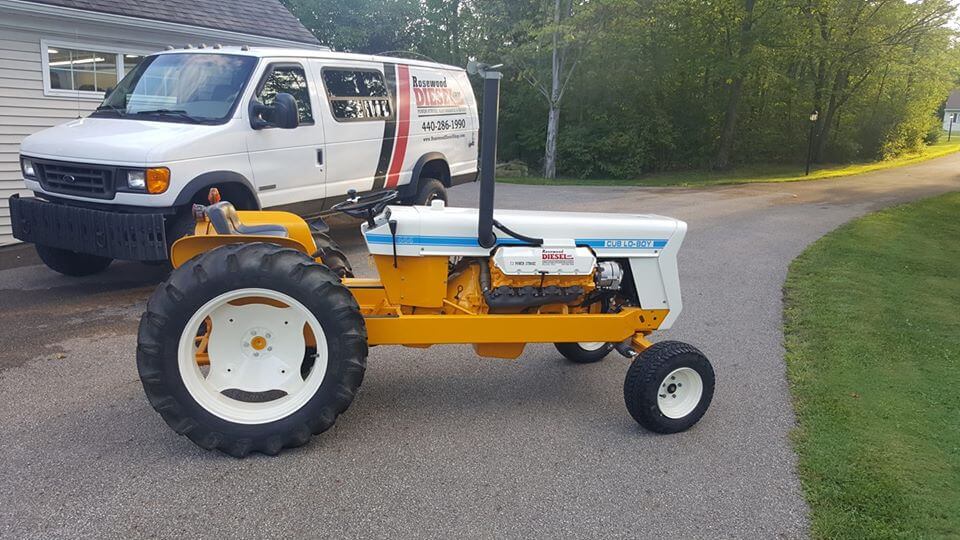 How’s this for a unique swap? Jim Rose installed a 1,000-pound 7.3L Power Stroke in his Cub Cadet Lo-Boy tractor, and we absolutely love it! On top of that, the engine isn’t even stock. A set of 238/200 hybrid HEUI injectors are paired with one of KC Turbos’ KC 300X chargers. The 450+ hp capable 7.3L is backed up by a C-6 transmission automatic and the Cub Cadet’s stock rear end is still in the mix, for now. Top speed checks in at 25 mph (again, for now), and Jim handled all of the engine’s wiring needs himself. Chores should no longer be a problem—or boring…