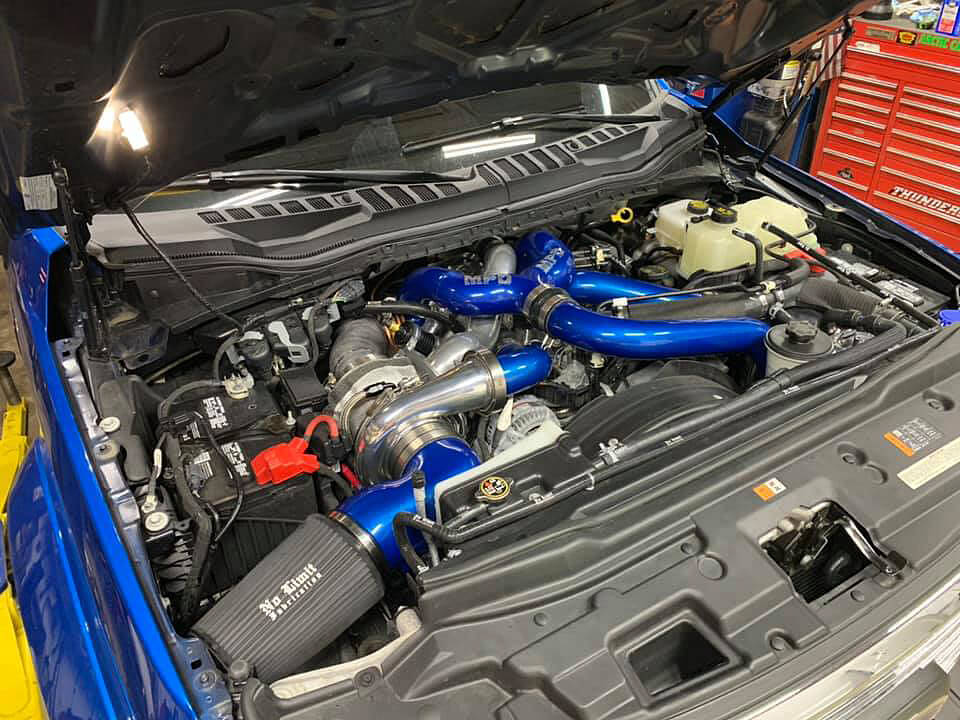 Any time North Coast Diesel Performance’s Tyler Brancifort goes quiet for a period, you know he’s working on something big. On election day, he finally let the cat out of the bag: the world’s first compound turbo 2020 Ford Super Duty. The tightly-packaged arrangement adds an S475 atmosphere charger in front of the factory VGT in the valley, and the F-450 it’s bolted to here will serve as a tow-rig on steroids. It will also help determine what the new 10-speed TorqShift is made of. A second set of compounds is currently being tested on the engine dyno, too, so look for even bigger news than this in the future… 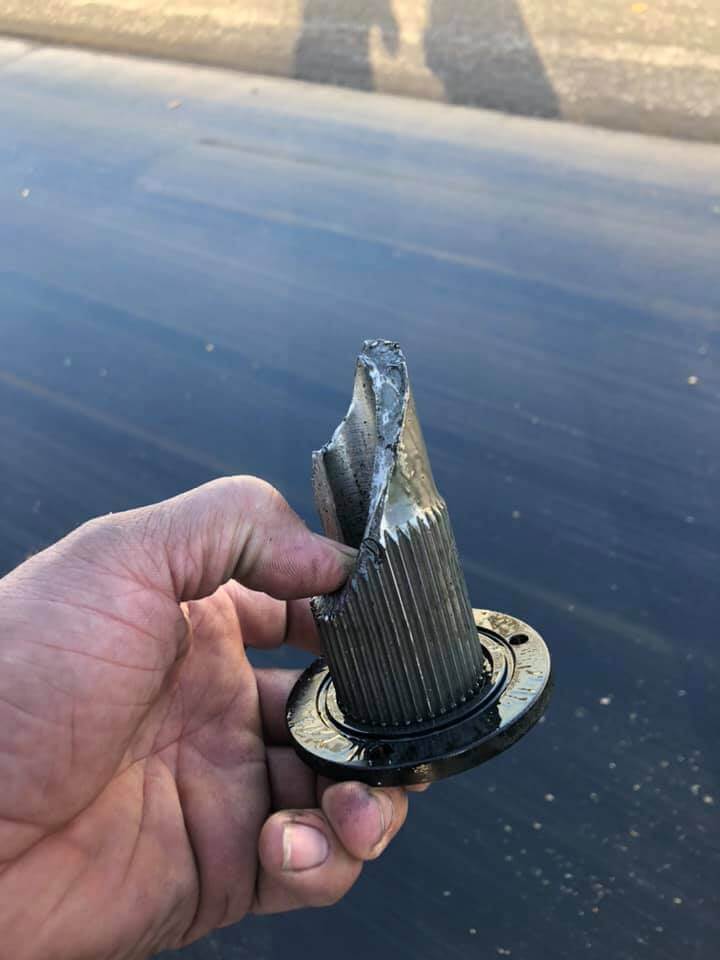 While you were making the switch to Parler, Jeremy Wagler and Andre Dusek were busy testing the screw-blown Duramax rail at Wagler Motorsports Park. Taking advantage of some unseasonably warm Indiana weather, they hit the track for one last time in 2020. The day ended early when the dragster snapped an axle. Luckily, Dusek was able to stay out of the wall when the rail’s first weak link surfaced. Now, with 2020 officially in the books, Wagler plans to pull the engine and get it on the dyno for a winter that is sure to be full of testing. 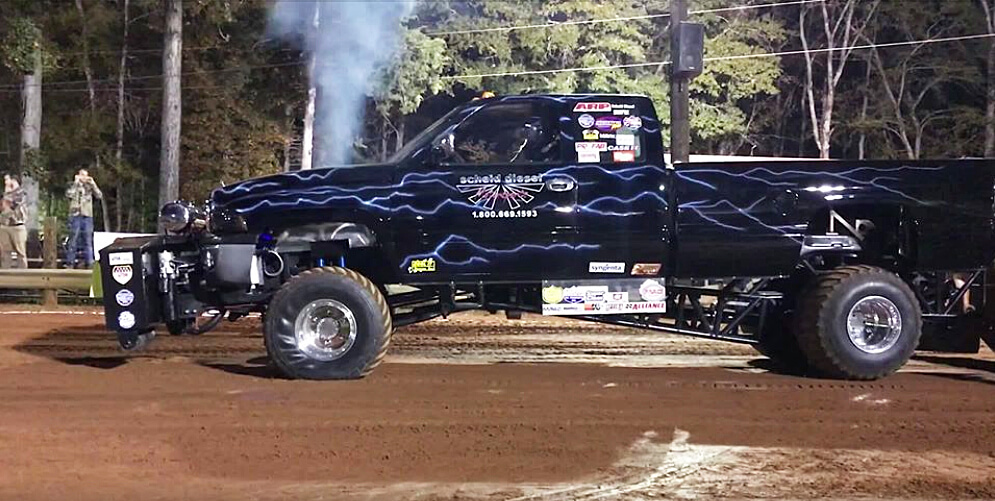 The exciting, end-of-year event known as Diesels in Dark Corners has been in existence for 10 years now, and over the weekend all the usual suspects were slinging dirt down in White Plains, Georgia. Behind the wheel of Scheid Diesel’s Pro Stock second-gen, Brady Ingram finished sixth on Friday night, then—following a turbo swap—took the big win in Super Stock. Todd Dugan’s Angry Farmer Products Ford took the runner-up spot behind Ingram. Cummins Killer III made the journey south as well, but an unfortunate camshaft failure ended driver Craig Dickey’s chances of putting the P-pumped Duramax in the winner’s circle. 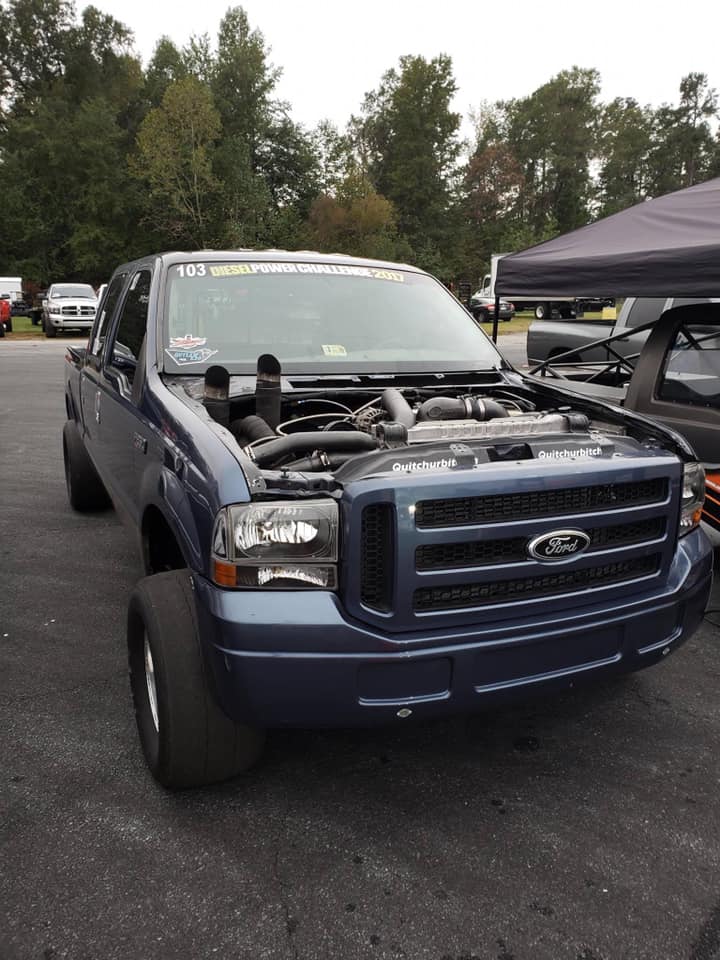 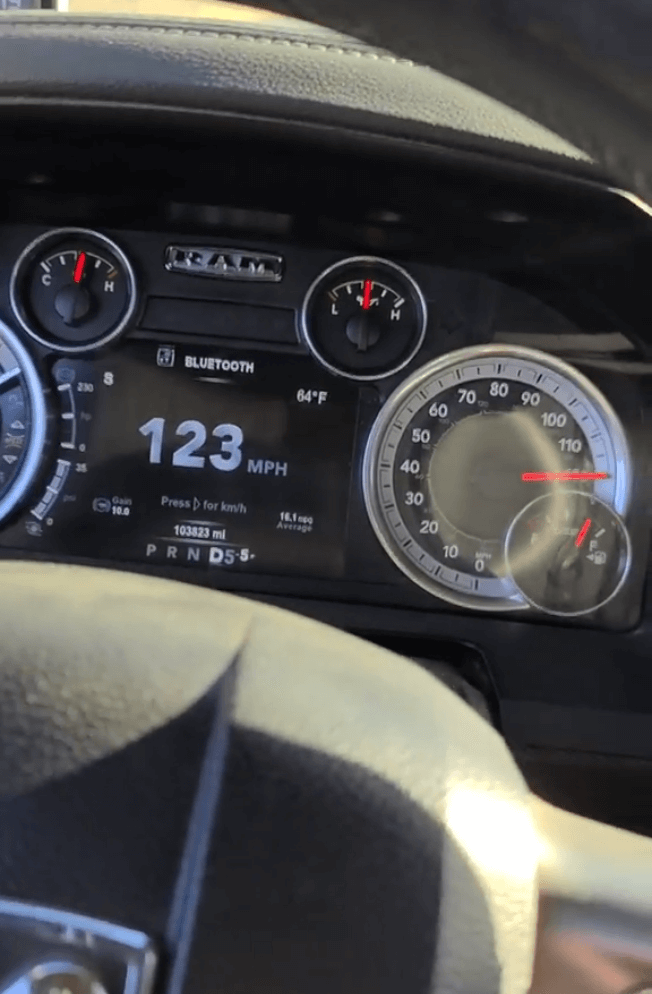 Has Randy Reyes done it again? Putting his version of the Aisin AS69RC to the test in his heavily-fueled, compound turbocharged and 9,100-pound fourth-gen dually, he has found a way to exceed expectations for what a built version of this six-speed automatic can handle. Reyes has reportedly been dyno tuning and relentlessly testing the AS69RC on the street, towing a trailer, and even off-roading the AS69RC. Reyes’ AS69RC may have even tamed the long 1-2 shift that plagues the Aisin as well. Between his Aisin and 69RFE offerings, Reyes has arguably done more for the six-speed automatics behind ’07.5+ Rams than anyone else in the industry. 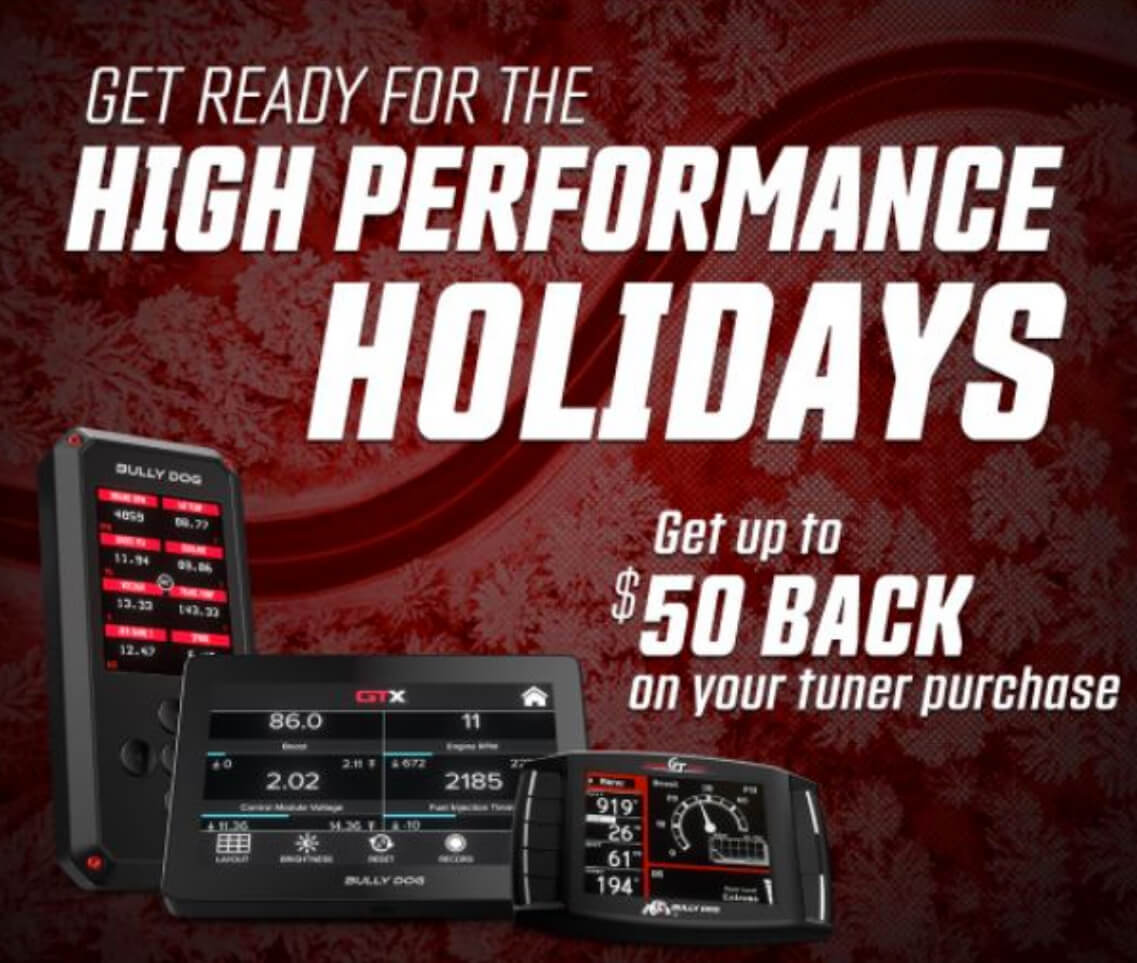 Scheid Diesel Ushers In Horsepower for the Holidays

With Halloween in the books, Thanksgiving on the way, and Christmas just weeks away, Scheid Diesel is wasting no time offering sizeable discounts. For a limited time, you can get $50 back on your purchase of a Bully Dog tuner or SCT device—and what makes a better stocking stuffer than a tuner? In addition, Scheid is kicking in a free bottle of Stanadyne fuel additive any time you order five pints of treatment. And don’t forget about the company’s “Clearance” section at ScheidDiesel.com, where products are marked down as much as 51-percent.