A lot of people buy diesel trucks knowing that they’re going to load them up with aftermarket parts as soon as they leave the lot. Looking at Daniel Dillon’s outrageously powerful Duramax, which has put down 942 rear-wheel horsepower and 1,858 lb-ft of torque, we figured he was one of those all-out kinds of guys. But that wasn’t the case. A couple of years ago, Dillon ordered a brand-new Duramax straight from the dealer with the intent of leaving it alone and using it as a normal work truck.

In December 2012, after finding the exact LML-powered Duramax that he wanted at a dealership in northwestern Illinois, he jumped in with a buddy to go pick up his new ride. “I found myself going home empty-handed,” he says. When Dillon showed up at the dealership to pick up the nearly new truck, he found out that it had thrown a check engine light for low DEF and couldn’t even be driven. “The dealership replaced the sensor and delivered it to me the next day,” he adds. “But by then I was already online looking.”

Since Dillon had experienced emissions gremlins earlier than most owners (in fact, before he owned the truck), he scoured the Internet high and low for parts that would make his truck stronger, faster and more reliable. Within weeks, he 2011 had an H&S Mini Maxx, an MBRP 5-inch exhaust and an all-important FASS 150 lift pump.

“I was happy with it for a while, but the more I drove it, the more I wanted it to go even faster,” Dillon admits. He was on the prowl for even more power and soon had an upgraded transmission, along with a BorgWarner 75mm S400 out in front of the stock turbo. Since the truck was pulling plenty of air, he also put on dual CP3s to keep up with the fuel demand, running on what he calls a “risky 3,000 pulse width tune.” Dillon put a couple of thousand miles more on his truck before he decided to go with a full build.

“I noticed that Wehrli Custom Fabrication was introducing some pretty cool parts for the LML platform, so I decided to give them a call,” he says. “I’m not sure if Jason [Wehrli] believed that I was going to build up the truck as much as I wanted because it was still so new and it was running perfectly fine. But he always returned my calls right away and talked me through all my plans, so within a few months it was at his shop.” What they had planned for the truck was big, with the engine, transmission, and chassis all receiving modifications. In fact, the LML engine itself (which was still running fine) was unceremoniously yanked out of the truck, signaling the start of the big build.

Since the LML blocks are already so strong from the factory, the block itself received very little work other than a girdle and main studs, which replaced the factory bolts. The crankshaft was also left stock, but the connecting rods were replaced with much stronger Carrillo versions and the pistons are Mahle oval-bowl designs. The engine also had a set of ARP head studs installed and the factory cylinder heads were ported, polished, and fitted with performance valve springs. Once upgraded, the engine was reassembled by Wehrli Custom and stuck back in the truck. The focus now would be on making some serious power.

Because the factory-sized injectors can only spray so much fuel before they just start making heat, one of the major steps in the build was adding a set of Exergy Engineering 80% over injectors fed by twin CP3 pumps modified by Wehrli. That way fueling wouldn’t be an issue, even as power approached 1,000 rear-wheel horsepower. The stocker/S475 compound turbo setup wasn’t going to cut it either, so two billet-wheel turbos from Engineered Diesel were secured, one 66mm S300 and the other an 84mm S400. Again, it was Wehrli who built the outrageous orange piping to funnel the charge through an AFE intercooler.

THEY SAY IT WILL NEVER END, AND I’M OKAY WITH THAT.

The transmission also received appropriate modifications in line with the engine upgrades and was built by, you guessed it, Wehrli Custom. The Allison was equipped with both billet input and output shafts, a billet hub and planetary gear and Raybestos clutches. A SunCoast converter is the final piece which helps put the power to the ground.

With some final engine and TCM tuning by Motor OPs, the truck was sent to the dyno and then put on the road. With nearly 60,000 miles to date on his ride, you might think that Dillon is happy with the current state of things—but no. “I’m very happy with my truck, but there’s still work to do,” he claims. “It’s going back to Wehrli this winter for driveline upgrades and a little more under the hood.” As he contemplates even more for his truck, his last line puts it all in perspective: “They say it’ll never end, and I’m okay with that.” 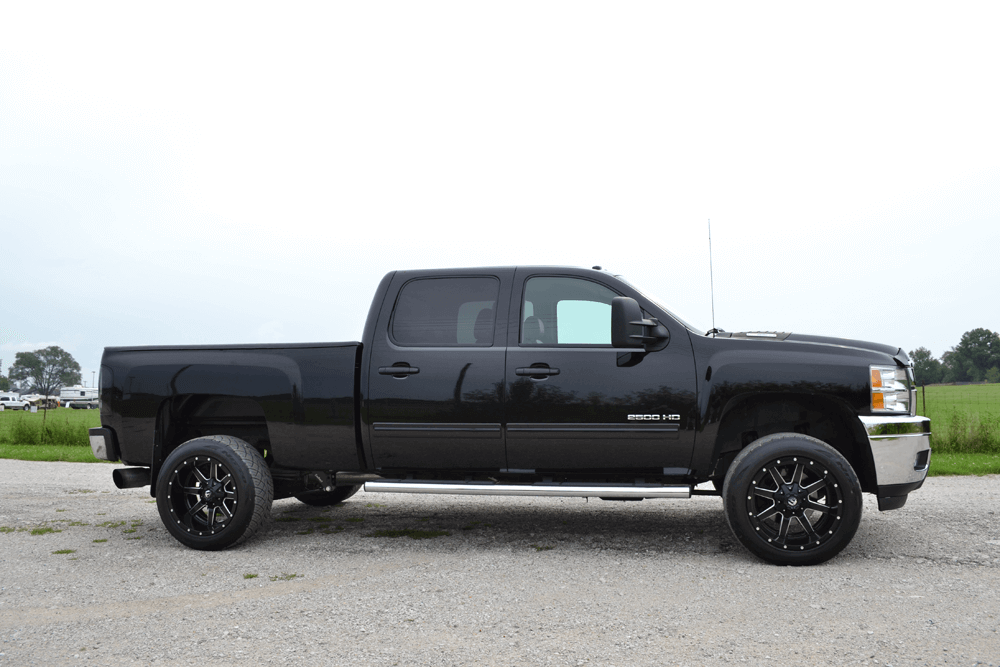