Event Of The Month 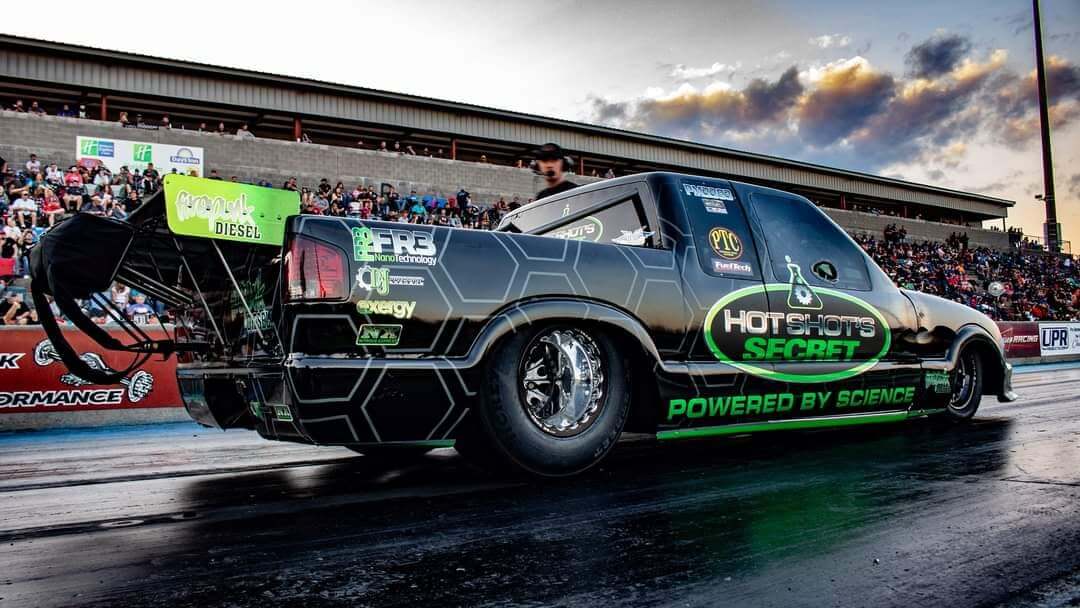 Diesel Vs. Gas At RTDS8

The stage is set, the diesel vs. gas races are locked in, and now the countdown is on for Rocky Top Diesel Shootout #8. On the weekend of July 30-31, the Outlaw Diesel Super Series’ fourth round of drag racing action will go down at Crossville Dragway in Tennessee. In addition to the regular ODSS classes, four heavy-hitting gassers will square off against some of the fastest diesels in the nation. On the diesel side, the Pro Mods driven by Larson Miller (S10), Ben Shadday (Corvette), and Brian Gray (OBS Ford) will make the call, along with Johnny Gilbert in the 4×4 Pro Street Dodge. Gas competitors will be Street Outlaws’ Mark Mutta (black Nova), Jimmy Taylor (red Firebird Pro Mod), Joe Castellaw (green Camaro Pro Mod), and Jeremy Sparks (Mustang coupe).

If you can’t make it out to the event, make sure to tune into our Facebook live stream presented by Smeading Diesel, to see everything you missed by staying home. Huge thanks to Smeading Diesel as well as BD Diesel for supporting our feeds. 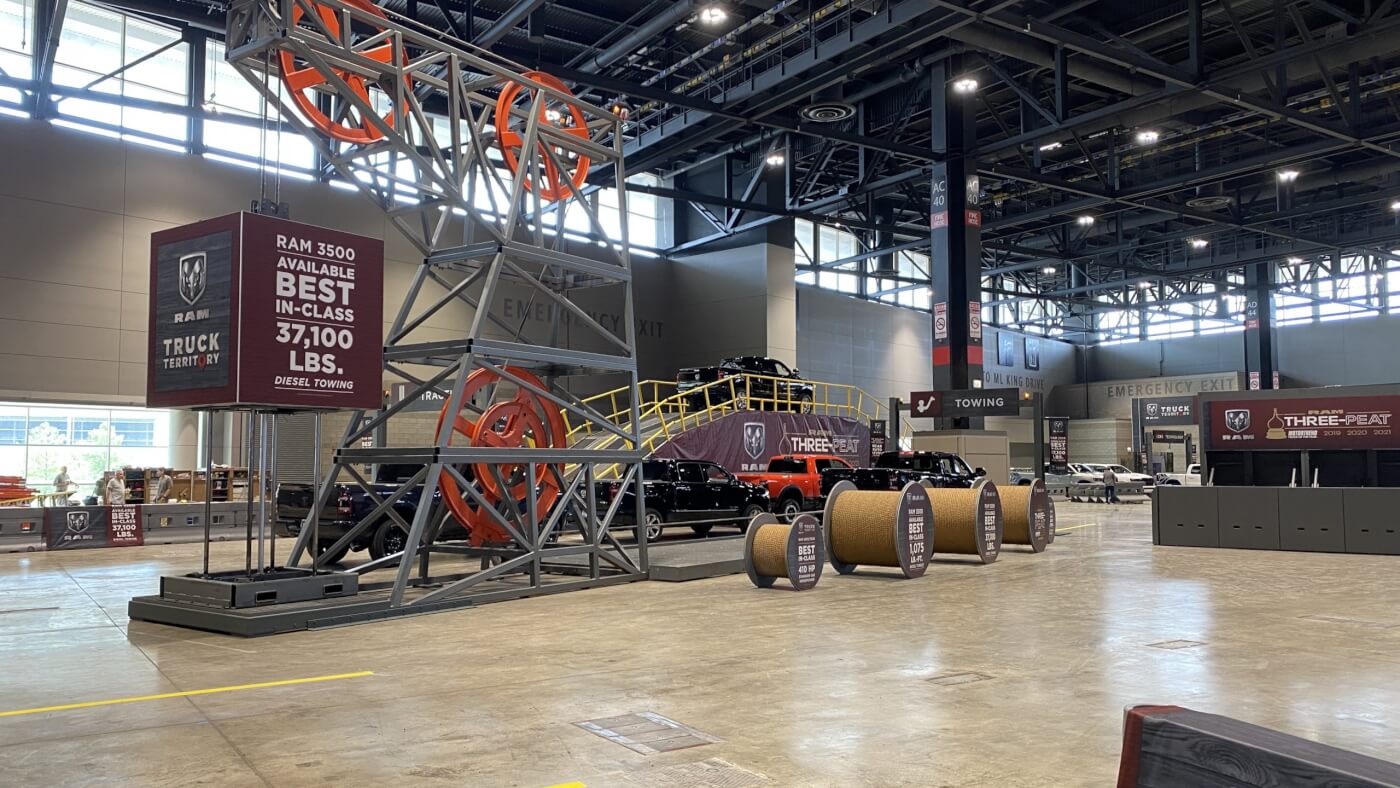 Auto shows are back—and Chicago’s July extravaganza was well-attended. The Ram Truck brand in particular spared no expense in promoting its class-leading towing and torque figures in the windy city. First and foremost, the latest version of the 6.7L Cummins high output, available in 3500 models, turns out 1,075 lb-ft of twist, but when properly equipped can also tow a best-in-class 37,100 pounds. As part of Ram’s “Ram Truck Territory” interactive ride experience, test drives were available for Cummins-powered 3500 heavy duties, as well as various other models. As diesels continue to get faster and faster, we can see bolt-in roll bar systems becoming a hot ticket item. Maverick Diesel may be ahead of the curve here, recently hinting that bolt-in systems might soon be available for fourth-gen Rams on its website. After all, safety comes first and many don’t know that a roll bar is technically required for any vehicle capable of running 11.49 or quicker in the quarter-mile. This includes a lot of diesel pickups. If your late-model Ram is a runner and you want to be legal at your local track, a roll bar should definitely be on your to-do list.

Who Knew Torque Could Move Overpasses?

On July 15, a Class 8 truck loaded down with the perfect amount of weight and traveling at just the right speed moved an entire overpass. It happened in Treutlen County, Georgia along I-16, just west of US 221/GA exit 56. In the early morning hours, a large dump trailer struck the GA Highway 86 bridge spanning across I-16 and shifted it six feet. Incredibly, no one was hurt and one report states that a vehicle even crossed the overpass safely after the wreck occurred… Perhaps even more impressive, the Georgia Department of Transportation (East Central District) had the overpass torn down and cleaned up by the following afternoon, allowing a full reopen of I-16 to take place. GM Strikes Deal For One Of U.S.’s First Lithium Mines

All aboard the electric train, General Motors is pursuing a U.S. source of lithium to build electric car batteries. In mid-July, the nation’s largest automaker announced that—in conjunction with a company named Controlled Thermal Resources—its lithium would come from California’s Salton Sea. Said to be the perfect source for the much-needed element, the Salton Sea is believed to sit on top of one of America’s largest lithium brine reserves. According to the California Energy Commission the area is capable of supplying up to 40-percent of global lithium demand. BMW and Volkswagen are in hot water again after Daimler revealed that it (as well as BMW and VW) breached European Union antitrust rules by colluding on the development of urea-injection/SCR systems to control NOx. The European Commission reports that the automakers held regular technical meetings regarding the development of SCR technology in which they “colluded to avoid competition on cleaning better than what is required by law despite the relevant technology being available.” The European Commission has imposed a fine of €875,189,000 on BMW and VW. For exposing the existence of the cartel, Daimler was not fined.

Situated between its Ridge Grappler hybrid-terrain and the Terra Grappler G2, Nitto Tire has introduced the all-new Recon Grappler A/T. Like most of Nitto’s aggressive and semi-aggressive tires, the Recon Grappler is designed with a bold tread pattern that excels off-road but that also provides low road noise and a stable driving experience. Designed for half-ton to 1-ton trucks as well as SUV’s, the Recon Grappler is available in 11 different sizes at the present time, ranging from 20 to 24-inch wheels. However, 66 sizes are planned in total, spanning wheels 17-inches in diameter to 24-inches.