Home Connecting Rods: How Much Can Your Duramax Handle?

Connecting Rods: How Much Can Your Duramax Handle?

Since we gave the Power Stroke guys a little insight, as to what their powerplants could handle, it’s time to take a look at what pushes the stock hardware of the Duramax mills to the brink. If you’re wondering how much horsepower can a stock Allison 1000 handle? While it’s true that you’ll kill the Allison automatic long before you hurt the Duramax in front of it, we’re assuming all supporting mods have been performed (most notably, a built transmission and lift pump) for the purposes of illustrating what the 6.6L V8’s stock rotating assembly can handle.. So how much boos can a stock Duramax handle? In our experience, you can get away with doubling the power output of each generation of the Duramax, but venturing beyond that has a tendency to bring out the breakage gremlins at an accelerated rate.

Because torque (i.e. cylinder pressure) is the primary killer of rods and pistons, it’s difficult to directly link a horsepower number to each engine’s weak link. However, as a general rule of thumb, a common consensus exists for the horsepower thresholds listed here (and the torque that goes along with those numbers). To be sure, aggressive tuning, poor parts selection, and a careless driver can spell disaster at any power level. And while plenty of Duramax owners have successfully run bigger turbos, upgraded CP3s, and large injectors on top of a stock bottom end, by and large, most enthusiasts don’t get away with doing it for very long. Read on to find out where the danger zone is for your  ‘01-present GM’s connecting rods.

The weakest link in the LB7 Duramax’s rotating assembly is its connecting rods. Like all Duramax engines, the rods are made from forged steel and feature a cracked cap design. However, less material exists in the bottom of the beam area when compared to ‘06-‘10 engines. The lack of meat in this critical area helps explain why the rods are prone to bending at lower horsepower and torque levels, as well as why LB7 rods weigh less than the units you’ll find in LBZ and LMM models (1,155 grams vs. 1,173 grams).

Now, in knowing that the LB7 rods are lighter and feature less structure in arguably the most critical area of the beam, add in the fact that this engine featured the highest compression ratio (along with the LLY) ever offered. With a 17.5:1 compression ratio (vs. 16.8:1 on LBZ, LMM, and LML mills), the LB7 and LLY engines naturally see higher peak cylinder pressures (elevated torque levels). Couple that with a weaker connecting rod and you can draw a pretty strong conclusion as to why the LB7 rods fail in the 550 to 600 hp (1,100 to 1,200 lb-ft.) range.

On the contrary, there are always die-hard Duramax owners willing to push the limits and prove everyone wrong. We’ve seen a 150,000-mile, stock bottom-end LB7 equipped with 60-percent over nozzles, stroker CP3, and a 66mm turbo live several years at 700-rwhp. The key? EFI Live tuning that was custom tailored to limit low rpm torque, yet pour on the timing and pulse width up top. It’s important to note here that the truck’s owner knew exactly what he was doing—and that the fun could come to an abrupt halt at any time.

With the LLY Duramax sharing the same connecting rod as the LB7, it’s no surprise that this component is also the weakest link in the second generation of the Duramax. And, like the LB7, compression once again checks in at 17.5:1, meaning higher peak cylinder pressure (i.e. torque) beating down on it. But the LLY introduces one more ingredient to the weak connecting rod recipe.

The LLY is particularly at risk of rod failure because of its use of a variable geometry turbocharger (the LB7 came with a fixed geometry IHI unit). Variable geometry turbos offer quick spool up (response), which equals instant torque. So, with the combination of quick spool up and higher compression already inherently producing elevated cylinder pressures in the LLY, you can imagine how close to the brink the rods are once enthusiasts add fuel and upgrade to an aftermarket VVT charger.

In the case of both the LB7 and LLY engines, rod failure usually isn’t noticed immediately. In fact, it’s not uncommon for someone to drive for hundreds (if not thousands) of miles on a bent rod or two. Depending on how much the rod(s) has bent, a slight drop in compression in that cylinder(s) will be the only way to tell. Many times, a minimal bend won’t even lower compression enough to be noticeable to the average truck owner. Only when the truck begins to hiccup or smoke, or worse, does the owner know a major problem exists. It’s not uncommon to find a slight bend in most (if not all) connecting rods upon teardown of an LLY powered truck churning out 550 to 600-rwhp. 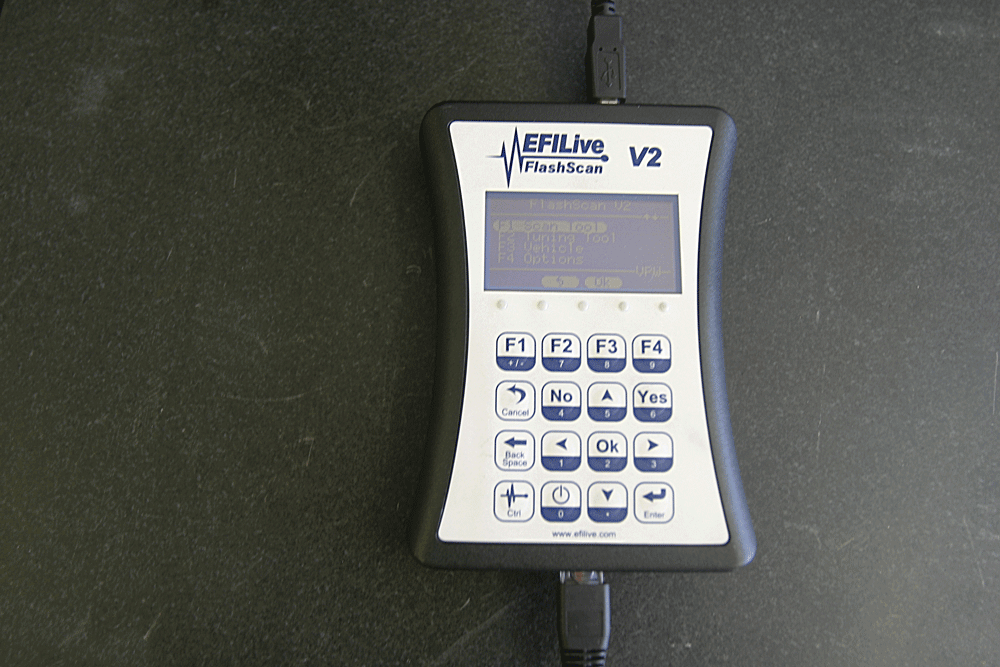 Starting with the ’06 model year GM’s, the weakest link in the bottom end of the LBZ Duramax shifted to the cast-aluminum pistons. With a lower compression ratio than the LB7 and LLY mills (16.8:1 vs. 17.5:1), the LBZ and LMM have lower peak cylinder pressure on their side. In addition, the connecting rods entail roughly 10 percent more cross sectional area than LB7 and LLY rods. The added mass in the lower portion of the beam (where rods tend to bend) makes them more ideal for handling torque. Thanks to these OEM changes, the aftermarket was able to get away with pushing the LBZ and LMM powered trucks to the 650 hp (1,200 to 1,300 lb-ft.) realm before encountering piston failures.

Several theories help explain why the piston is the weak link in LBZ engines. First, poor quality control of the casting process is said to have existed when GM switched to a Korean piston foundry prior to the LBZ engine’s production. It’s been said that inconsistencies were present in the metallurgy of the piston casting, making them prone to cracking. A second theory is the LBZ/LMM piston’s utilization of wrist pin bushings compromises the integrity of the cross sectional strength over the wrist pin area. Essentially, there is not enough meat in the wrist pin area, and 99 percent of all cracks occur along the centerline of the wrist pin. The final theory suggests that inadequate cooling leads to the piston’s demise.

Cracked piston scenarios lead to excessive crankcase pressure (blowby), a miss in the engine, and inordinate amounts of smoke exiting the tailpipe. While the danger zone for an LBZ engine begins in the low 600s to 650 hp, we’ve seen our fair share of stock bottom end trucks making 700, and sometimes a little more. Sled pullers that are only ran hard a couple nights a week will typically last longer than a daily driven street truck, one that hits the dragstrip often, and certainly a truck that’s used to tow.

With the same rods and pistons as what you’ll find in the LBZ, the LMM Duramax possesses the same weak link as the ’06-’07 trucks do: the cast-aluminum pistons. The theories as to why these pistons fail remains the same as well, but it doesn’t hurt to add excess stress from dealing with extreme EGT and high mileage fatigue to the picture—all of which can combine to cause a cracked piston (even at stock horsepower and torque levels).

A lot of cracked piston scenarios we come across in LBZ and LMM trucks stem from the owner knowing the risks, yet trying to get the most out of his parts combination without crossing that red line. For instance, knowing that the danger zone was in the neighborhood of 650-700 rwhp and piecing together a setup good for 625 rwhp. The only problem is that that 650-hp number isn’t a line in the sand. As we’ve mentioned, some LBZ and LMM pistons survive 700 or more horsepower while others bite the dust at 600. There is simply no way to know when it will happen.

Ironically enough, a lot of budget Duramax builds (LB7-LMM engines) entail the use of LBZ/LMM rods, but employ LB7/LLY-based pistons. Cut and coated (de-lipped) LB7 pistons were a hot item in the days before Mahle Motorsports and other piston manufacturers offered an aftermarket piston option—and for affordability reasons, they’re still a relatively popular choice. This type of build is typically safe for the 650 to 700-rwhp range, which is as far as a lot of enthusiasts want to go anyway (financially speaking).

Now several years after its production run, the verdict is still out to what exactly the LML Duramax HPlimit is. While we haven’t heard or seen a lot of rod or piston failures on stock bottom-end engines yet, it doesn’t mean they’ll handle more power than what the LBZ or LMM’s will. In fact, the pistons are very similar to the LBZ and LMM engines, which means the 650hp range may just put you on the carnage radar.

One edge the LML piston might have over the LBZ and LMM versions is that its design eliminates wrist pin bushings. While GM claims it did this to achieve a lighter weight rotating assembly (along with a lighter crank and lighter connecting rods), it added strength back into this area of the piston. We’ve seen several 700-rwhp LML’s sporting the stock bottom end, a few of which were running compound turbo arrangements. The key to these trucks living at this point has been torque limitation at low rpm via spot-on EFI Live tuning. DW