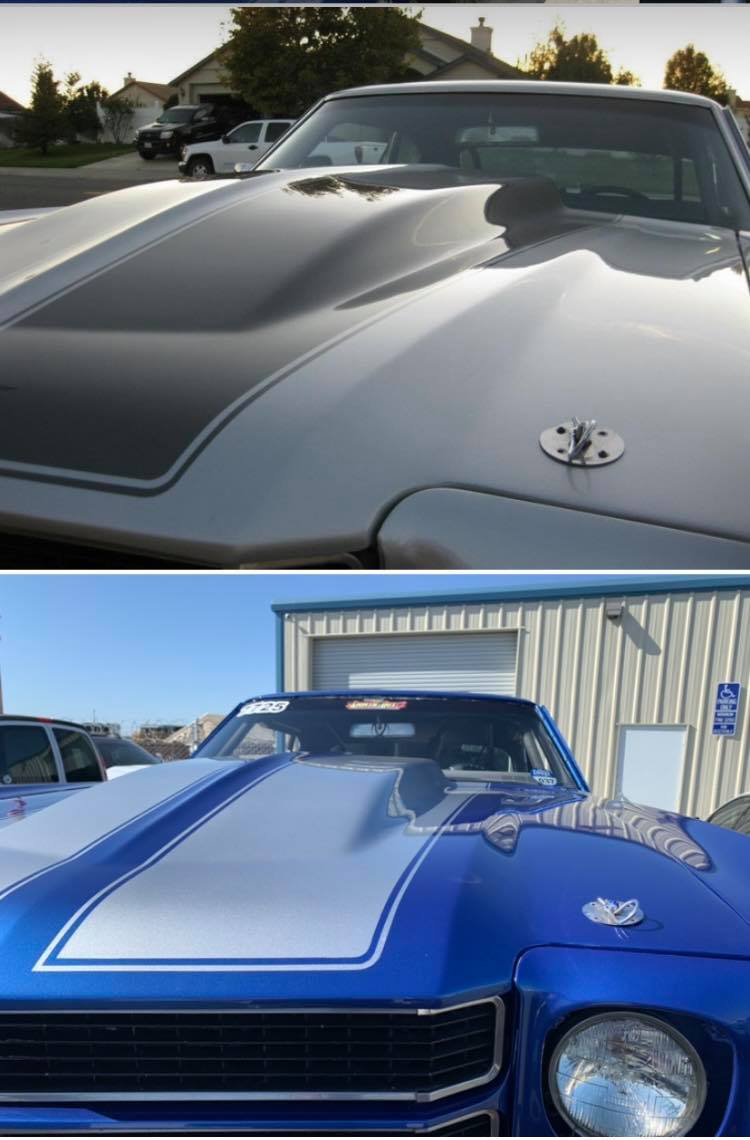 After an unfortunate accident, where Rick Flectes’ race trailer was hit in the rear with the infamous 9-second Duramax-powered Nova trapped inside, some mandatory auto body work was required. Changing things up, Rick decided to go blue, and the results are stunning. In Rick’s own words, his friend and painter Eduardo Nava “knocked it out of the park!” Look for Rick and his one-of-a-kind Nova at the upcoming Golden State Diesel Fest this Saturday, where he’ll be entered in the Pro Street field. More on that below. 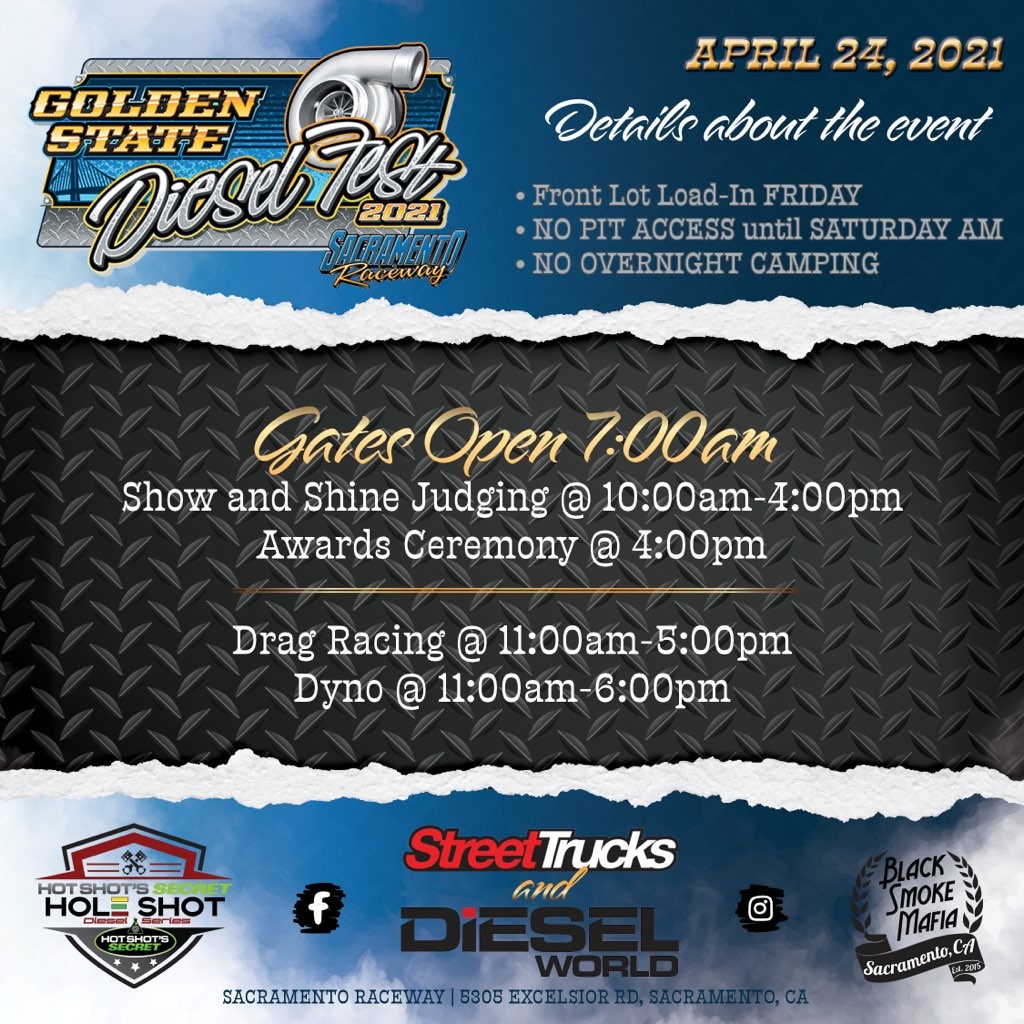 West Coast diesel lovers… Sacramento Raceway. April 24th. Be there! This Saturday, Golden State Diesel Fest—the first stop on the new Hole Shot Series—kicks off with diesel-only drag racing, fun runs, a dyno competition, show ‘n shine, and a massive vendor row. Drag racers will compete for a chance to get their hands on more than $20,000 in payouts, truck owners signed up to compete in the Show Off Series Truck Show will be entered in a pot to win $5,000 in total payout money, and the industry-standard SuperFlow from Northwest Dyno Circuit will be measuring horsepower all day. Gates open at 7 a.m. and Diesel World will live stream the day’s activities on Facebook. Be there live or be there virtually! 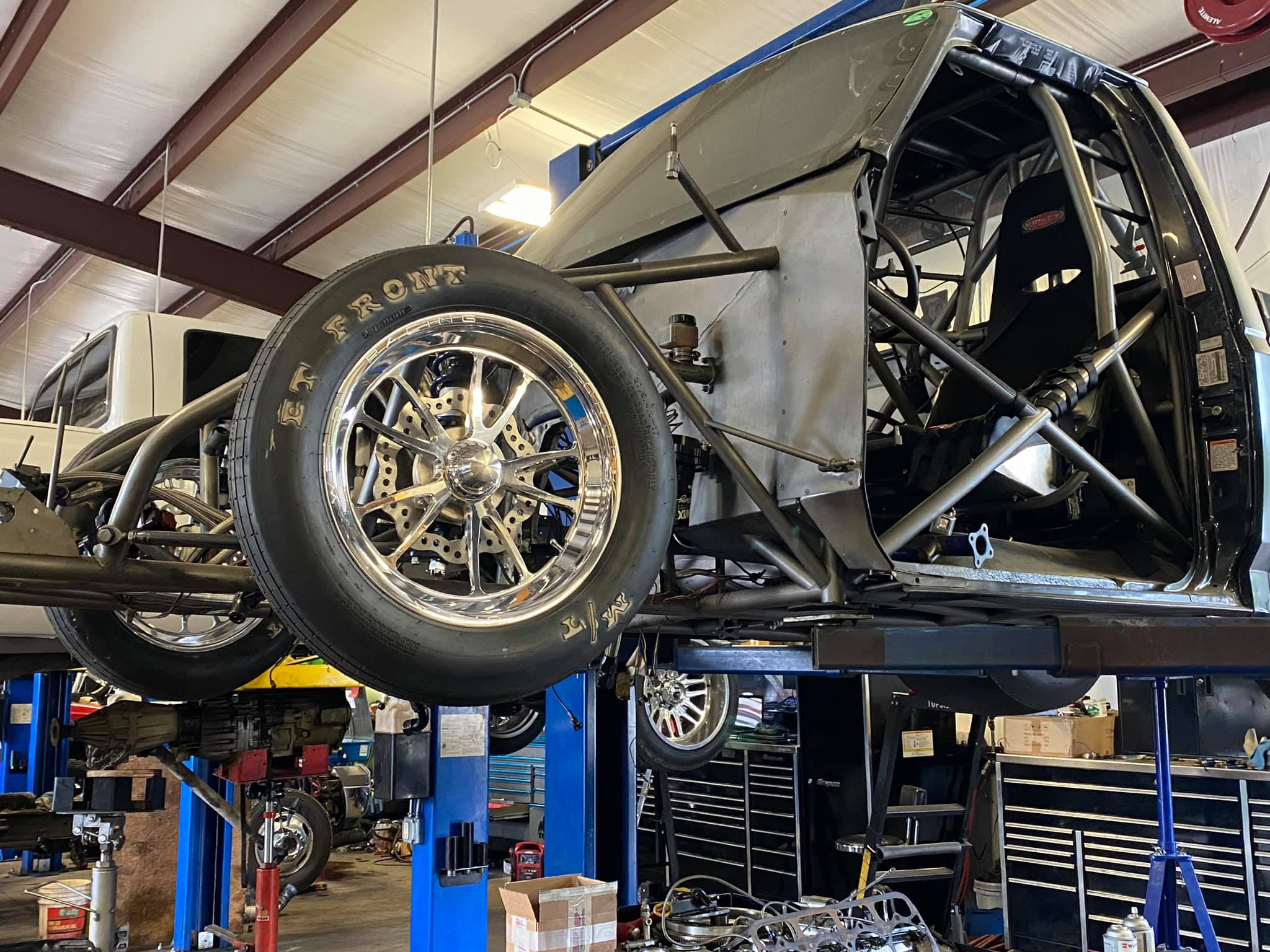 Brian Gray and his Pro Mod OBS Ford are ready for Rudy’s. Are you? Don’t mind the photo. It was taken a few weeks ago. We promise the record-setting Blue Oval is ready to go. Word is he’ll even be sporting the truck’s original steel doors at Piedmont Dragway this weekend. Apparently, his fiberglass doors are a year out at this point due to the slowdown in the economy. Be that as it may, Brian seems to be looking forward to it, even saying “you haven’t lived until you’ve felt the effects of a vent window at almost 150 mph…” Sounds fun! 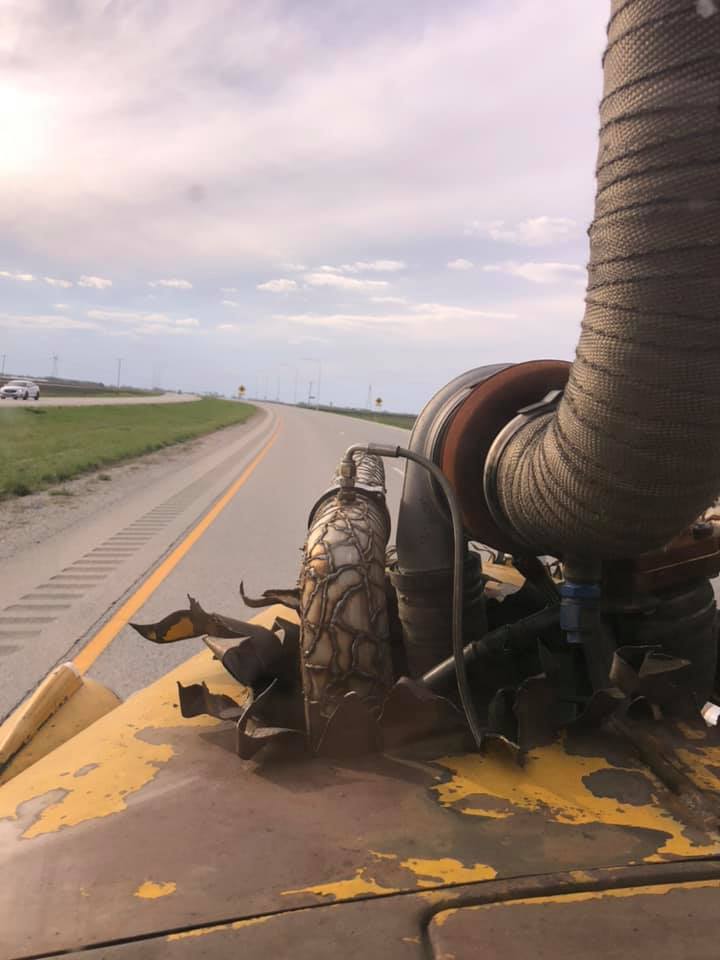 Remember the rat-rod ’41 Chevy school bus on the March, 2020 Diesel World Magazine cover? Jason Bliesner’s chopped and dropped, compound turbo’d 12-valve Cummins people hauler is known for its weekend excursions all over the Midwest. Truck pulls, car shows, bar-hopping, it makes the rounds on a regular basis, especially when the weather is warm and the sun is shining. Of course, the occasional tire meltdown is never off the table either, thanks to the 650-rwhp his Cummins-powered bus turns out. Just take a look at the driver’s view, cruising down the interstate at 80 mph, entertaining half a dozen friends, and still soaking up 15 mpg… 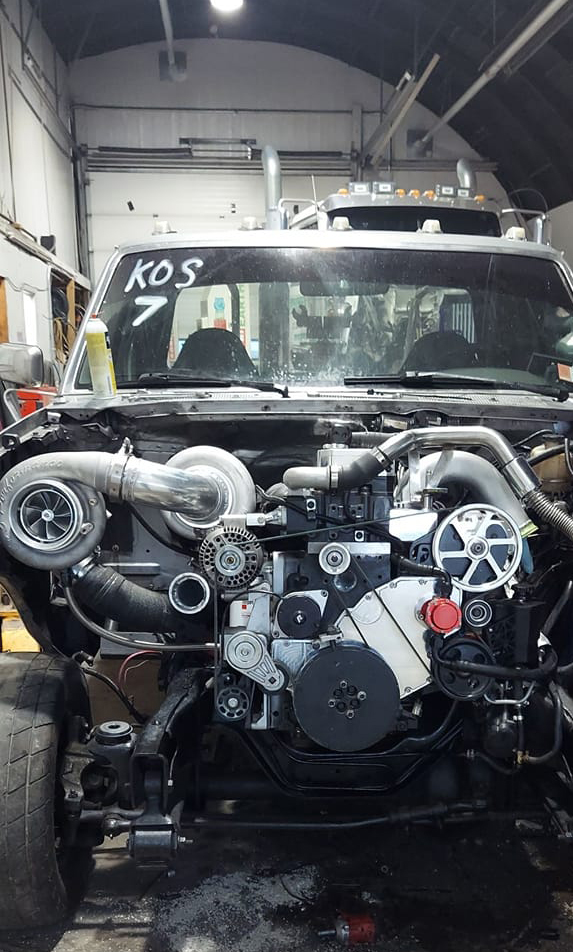 Steven Giordano’s dyno-crushing, Cummins-swapped ’95 F-250 is no stranger to trying out different turbo combinations and pushing the outer limits. Well, after blowing up the 5.9L common-rail that used to reside in his old Ford, Steven upgraded to a deck-plated 6.7L and picked up right where he left off. This time, it appears he might’ve hit it out of the park. The new power plant brings a T6 85mm over a 106mm arrangement to life extremely quick—too quick for the rear tires, in fact. Look for him and his East Coast OBS at a truck event near you in the months ahead.

Eaton’s Vehicle Group and Tenneco’s Clean Air business have partnered up to produce an integrated thermal management system to help commercial truck and light vehicle manufacturers meet upcoming emissions regulations. Under the new agreement, Tenneco’s cold-start thermal unit (CSTU) mini-burner will be combined with Eaton’s TVS Roots blower technology. The system will provide heat directly to the vehicle’s exhaust aftertreatment system. Then after heating the SCR catalyst up to roughly 200-250 degrees C, the aftertreatment system can efficiently convert NOx. The Eaton TVS Roots blower allows airflow to be precisely controlled so that the CSTU can maintain optimum aftertreatment temperatures. 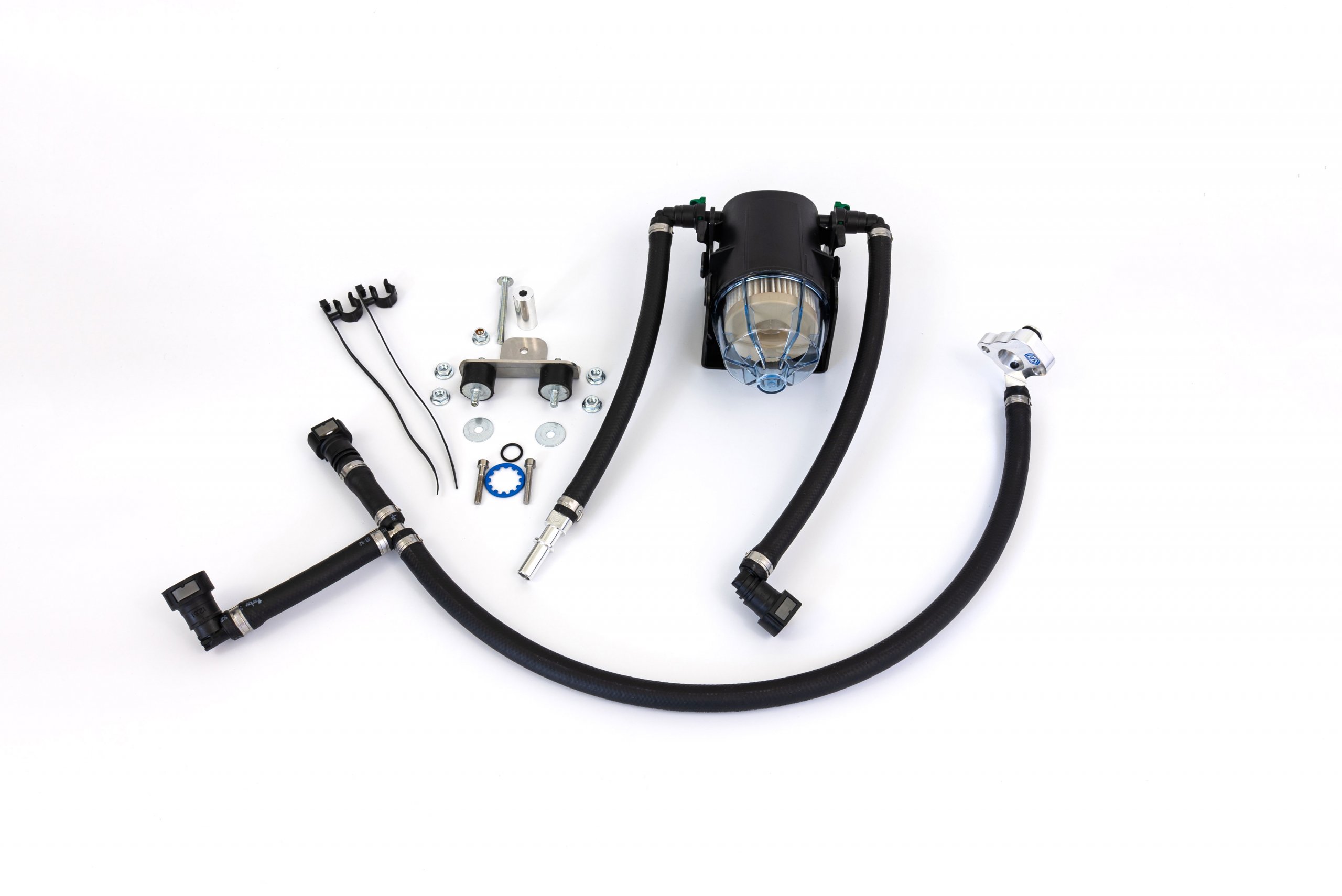 One of the best ways to safeguard your 6.7L Power Stroke’s CP4.2 from taking out your expensive injectors in the event of a pump failure is to install a bypass system. Improving on its original CP4 bypass kit, S&S Diesel Motorsport has released its Gen 2 version, which works on all ’11-’19 6.7L Ford engines, as well as ’20 models. The updated CP4 bypass system features all quick-connect lines, eliminating the need to cut the factory supply line (a key point of debris introduction). The new system also eliminates the requirement to use a compression fitting (a potential leak point). All but perfected, S&S’s Gen 2 CP4 bypass kit is available now, and retails for $400.