By the middle part of the 1950s, Cockshutt Farm Equipment, of Brantford, Ontario, Canada, was feeling the pain of being a small-but-prestigious family owned company. It was all they could do to avoid being trampled underfoot by the many larger, publicly owned companies building farm equipment around the world. They built some good tractors and other equipment but were having trouble maintaining traction in a market dominated by giants.

An actual “giant stomping” had occurred when Allis-Chalmers bought Buda Engines in 1953. Buda had been Cockshutt’s “go-to” for both gas and diesel powerplants for many years. When AC took over, they cut the Buda engine lineups and eventually promised to cut supply to Cockshutt. This forced the company to look at alternative suppliers; one of their early choices was the British-made Perkins diesel, which was a natural decision being as it was in the British Commonwealth. At the end of 1954, a Perkins four-cylinder diesel installation was developed for Model 40 production.

The Model 40 had previously been offered with either a 230ci Buda six-cylinder gasser or a six-cylinder Buda 6BD230 Lanova diesel with the same displacement. Starting in 1955, the Perkins model was offered as an alternative. The 270ci Perkins L4 was built from 1952 to ’61 as an Ag engine. It wasn’t one of Perkins’ more advanced designs but a value offering that was one of the company’s most dependable Ag/industrial powerplants. The Model 40 with the Perkins was designated Model 40PD, “PD” for Perkins Diesel.

THE MODEL 40 WITH THE PERKINS WAS DESIGNATED MODEL 40PD, PD FOR PERKINS DIESEL.

At the same time the 40PD models appeared, the sales and marketing department looked for other opportunities to increase Cockshutt market share. Starting in 1956, the company made its tractors a little more special by offering “Deluxe” paint schemes. Deluxe paint consisted of the traditional Vermillion Red for the lower parts and Cream Yellow for the hood and wheels. Normally, Cream was the wheel color. From there, the Deluxe models carried many marking variations, some tailored to the intended market, but the end result was a stylish eye-opener that has become a favorite among Cockshutt collectors.

To highlight the acquisition of the American manufacturer of Black Hawk corn planters and cultivators, the “Black Hawk” models were also produced for the US market to tie the two companies together. This combination eliminated the normal hood side graphics on a Deluxe painted tractor and added “Black Hawk.” These were produced from mid-1956 into early 1957. The production numbers are not known exactly but they were relatively few.

DELUXE PAINT CONSISTED OF THE TRADITIONAL VERMILLION RED FOR THE LOWER PARTS AND THE CREAM YELLOW FOR THE HOOD AND WHEELS.

By 1957, the Model 40 was nearing the end of its production run and little had changed from its 1949 introduction. It still mounted a very stout six-speed transmission. A Buda 6B230 gas 6-cylinder was standard, with the 6BD230 diesel optional and the Perkins-powered unit available as a separate model. Cockshutt was the pioneer of the live PTO system and a side-mounted drum PTO was optional. A three-point hitch was also optional, as was a hydraulic pump and remotes. Various ways to hang iron were available; some were curved and stylish to match the tractor. 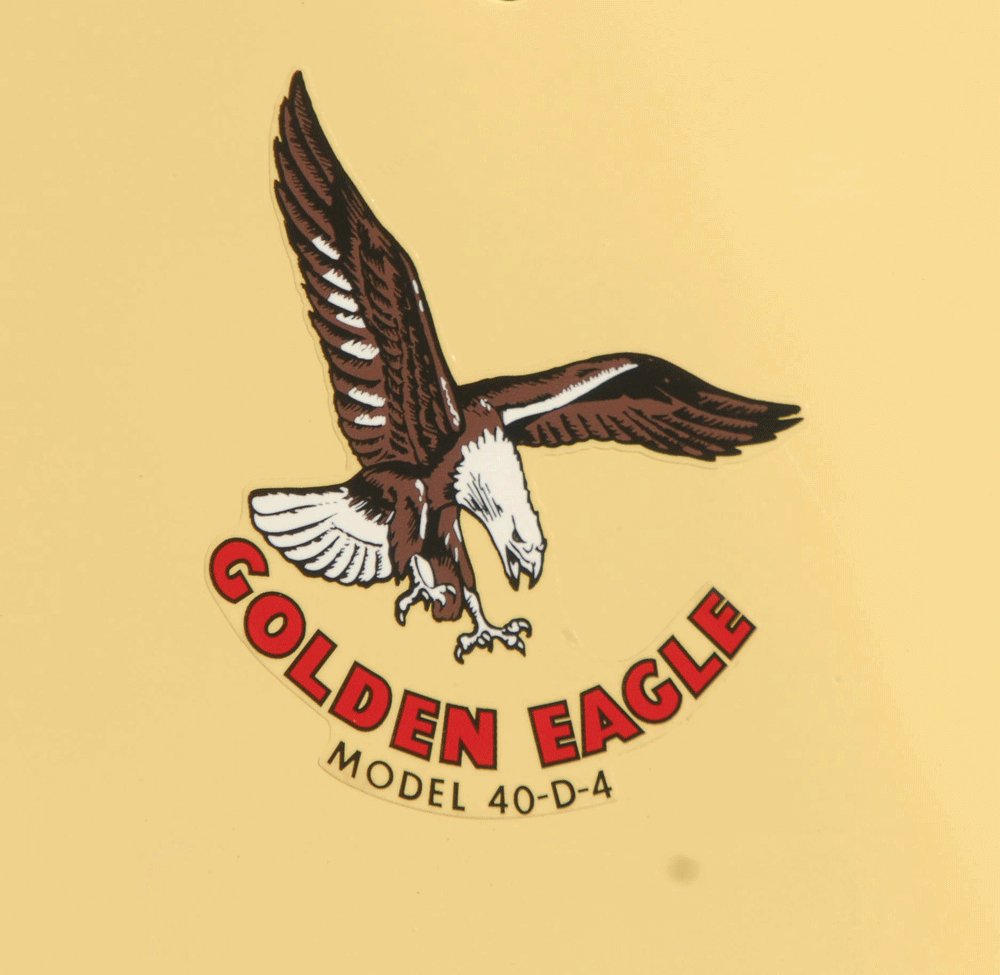 Production of the Model 40PD line, and all the curved-hood-style tractors, was discontinued in November of 1957 to make room for the new 500 Series. By this time the switch to alternative engine manufacturers had occurred and the Buda engines were all but gone. Some of the curvedhood tractors remained to be sold well into 1958, but even with a new line of tractors Cockshutt’s life as an independent tractor manufacturer was about to end. But that’s another story, one we told back in the February 2016 issue.