Allis-Chalmers followed the trend to diesel power in October of 1954 when they introduced the WD-45 diesel tractor. The WD line started in 1948 and, with significant upgrades, morphed into the WD-45 range late in 1953. It started with gasoline-, distillate-, and LPG-fueled engines late in 1953 and, about a year later, the diesels followed.

Allis-Chalmers acquired the Buda Engine Company in November of 1953. Buda had many diesel engines in production at the time, and Allis-Chalmers chose the Buda-Lanova 6BD-230 for the WD-45. This engine was part of a family that originated toward the end of World War II. The first ag versions debuted in 1946 Cockshutt tractors. They had a wet-sleeved 3.44-inch bore and a 4.12-inch, seven main-bearing stroke. Buda had licensed the Lanova combustion system in 1934 after having used a MAN system. The 6BD-230 was considerably downsized compared to the earlier 6DT-278 it replaced. 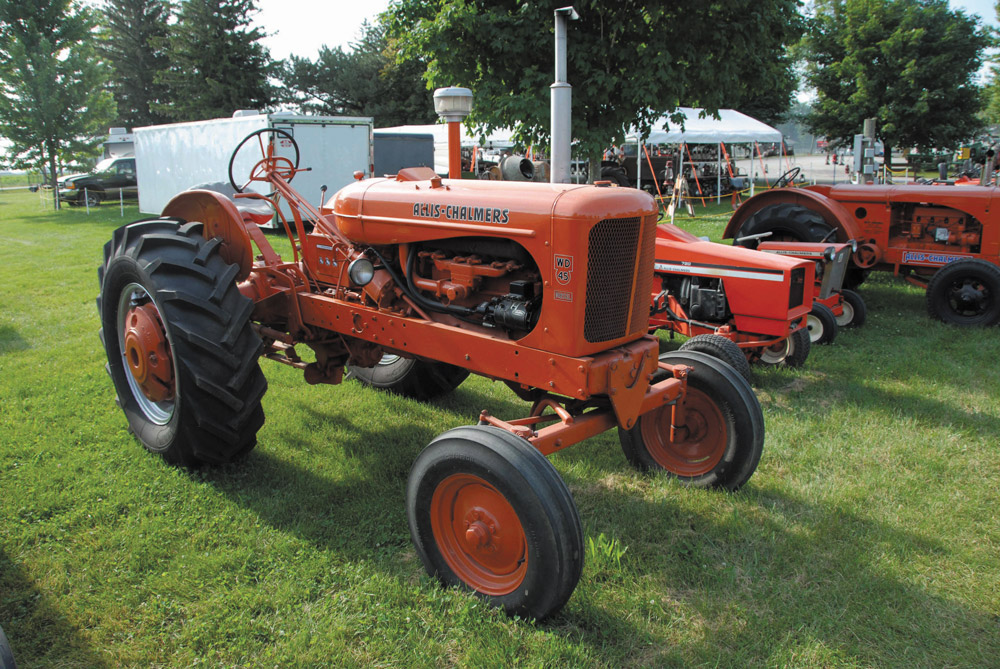 The WD-45 diesel could be configured as a wide-front tractor with an adjustable wheel track front and rear, a dual narrow-front or and single-front wheel, plus a high-clearance model was an option. A-C’s snap coupling system was highly regarded by users for the ease of coupling matching A-C implements. The A-C draft control was equally well regarded. The WD-45 could also use a conventional three-point system. Power steering became an option in 1956.

A total of 90,352 WD-45s were built from 1953 to 1957. Of those, 6,509 were diesels. Generally speaking, the WD-45 is considered one of A-C’s best and most-successful tractors. Today, it’s highly regarded as a great antique pulling tractor or as a collectible. It has just the right balance and combination of features to do well in its pulling class. When A-C did a complete makeover of the tractor line for 1957, the WD-45’s place was taken by the equally popular and successful D-17. 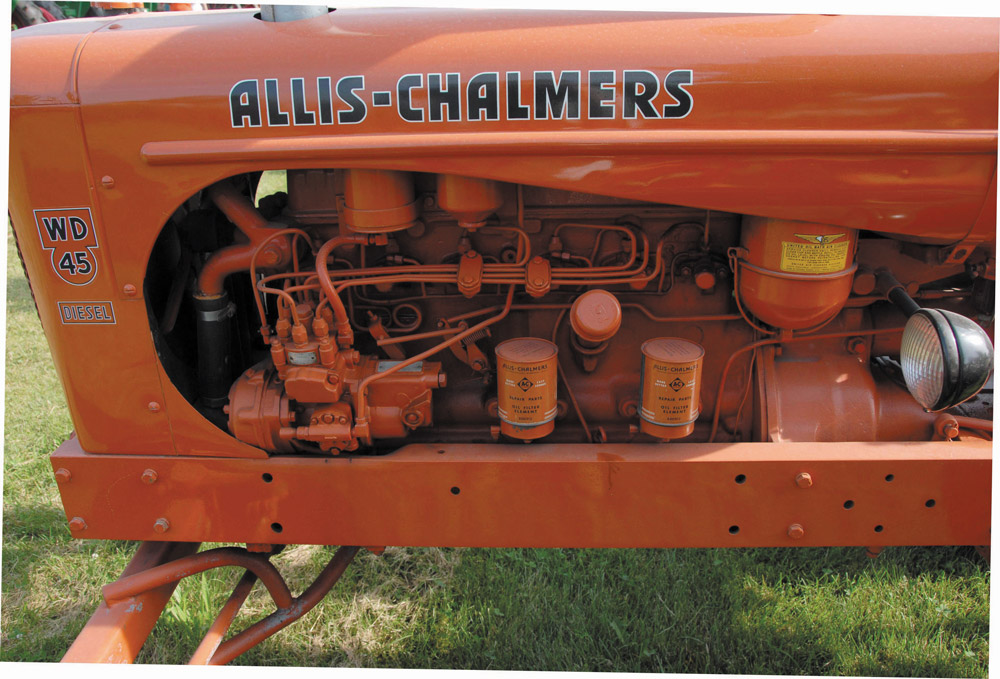