In the September 2014 issue of Diesel World we talked about diesel exhaust fluid (DEF), which is used as an exhaust treatment in modern diesel emissions systems to reduce the levels of nitrogen oxide (NOx) in the exhaust. These systems exist on most modern diesel pickups, diesel cars, semi-trucks and farm equipment. Used properly, DEF is a good thing—but used improperly, it can cause serious (and seriously expensive) problems.

A quick Web search (try “DEF in fuel”) will turn up numerous (and, to some, humorous) tales of folks putting DEF into their non-DEF trucks and cars. Typically, this happens when someone pours DEF into the fuel tank on older diesel rigs. We’ve heard stories of vehicle owners who think that if DEF is so good for new diesel trucks, it should be good for their older diesel as well. Also, to blame well-meaning service station attendants, techs at non-diesel shops, and even owners of gas rigs hoping to reap the benefit of increased fuel economy.

The truth, of course, is that DEF is only useful in a rig with a DEF system, which consists of a separate tank, filler cap and fluid lines as well as a specialized exhaust system. But even trucks that require DEF are not immune from potential problems: Ford and Ram put their DEF filler necks inside the fuel filler door, right next to the fuel filler. A diesel fuel nozzle won’t fit into the DEF filler, but there’s nothing to stop someone from pouring DEF into the fuel tank. Someone who’s used to the routine of opening the fuel filler door and removing the fuel cap could easily have a lapse of concentration and put DEF in the fuel tank. Such a lapse would have dire consequences like leading to a DEF-contaminated fuel system.

This simple mistake could send a truck to the scrapyard, and, no, we’re not being overly dramatic. DEF is corrosive and, as you are about to see, causes severe damage to the fuel system. Early symptoms include hard starting, rough idle and smoking exhaust, and a DEF-contaminated engine may not start at all. The contamination can cause lines to rust, injectors to stick open and fail, and pump failure is also very likely. The recommend repair is to replace the entire fuel system, from tank to injectors. We’ve seen reports of Ford dealerships quoting between $12,000 and $20,000 to replace a DEF-contaminated fuel system. As these trucks age, the cost of DEF-contaminated engine repair could easily be more than the value of the vehicle.

We followed the repair of a DEF-contaminated 6.7-liter Ford Power Stroke 4×4 pickup at Domestic Diesel in Chino, California. Shop owner John Ferguson is a Ford-certified mechanic and spent years with Ford before opening his own shop, which is also a Bosch Authorized Diesel Vehicle Diagnostic Center and has access to Ford and Bosch OEM replacement parts. While Domestic’s quote was lower than the dealership, this was still an extensive and expensive repair, and they were kind enough to let us document both the damage and the fix as diesel tech Rody Henriquez worked on a DEF-contaminated Ford. DW

WHAT IS DEF and How it Works?

Diesel exhaust fluid (DEF) consists of 32.5 percent high-purity synthetic urea and 67.5 percent deionized water. DEF is slightly heavier than water at 9.08 lbs. per gallon (versus 8.34). Despite marketing names such as AdBlue and Blue DEF, it’s a clear liquid with a slight smell of ammonia. DEF has a freezing point of 12 degrees Fahrenheit, but since both urea and water freeze and thaw at the same rate, it’s okay to use if frozen and thawed. Most trucks have a DEF heating system to keep the truck running in extremely cold weather. When injected into the exhaust the DEF is converted into ammonia which then breaks down NOx turning it into nitrogen and water.

WHAT SHOULD WE DO IF WE GET DEF IN OUR FUEL?

If you suspect you have DEF in your diesel’s fuel system, do not drive the vehicle and do not attempt to start the engine. Don’t even turn the key on, as this will energize the fuel system and could pump DEF-contaminated fuel into the rest of the fuel system. If the error is caught before the key is turned, the fix may be as simple as dropping the fuel tank and flushing it out. Have the vehicle towed or flat-bedded to a repair facility, and if you need to unlock the steering column, be sure to disconnect the batteries before turning the key in the ignition so that the pump doesn’t accidentally get activated. Make sure get your vehicle repaired right away, as DEF is corrosive and letting it sit in the fuel system can cause further damage. 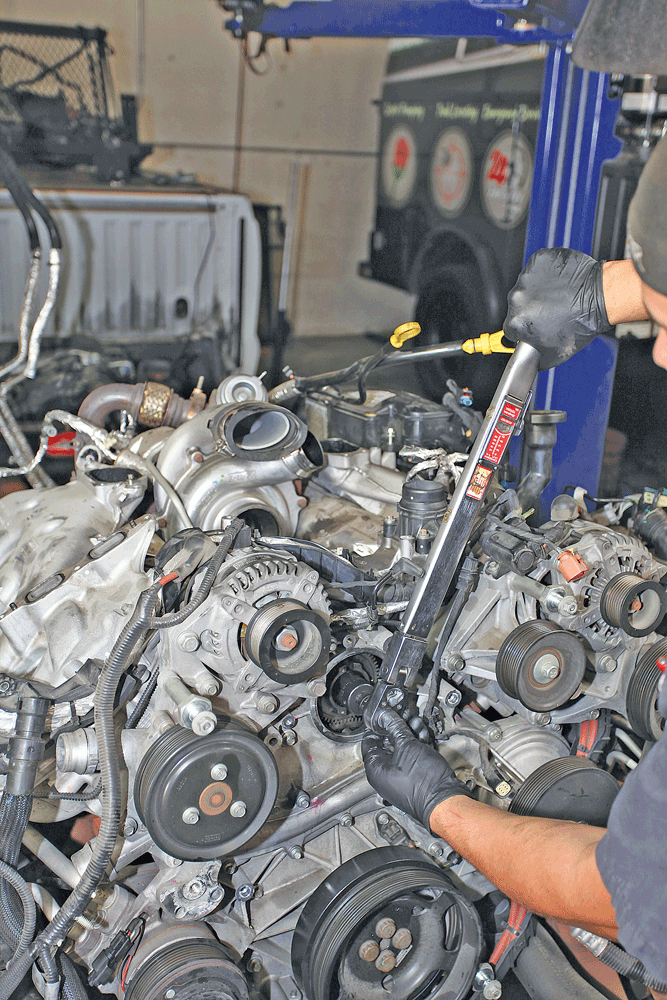 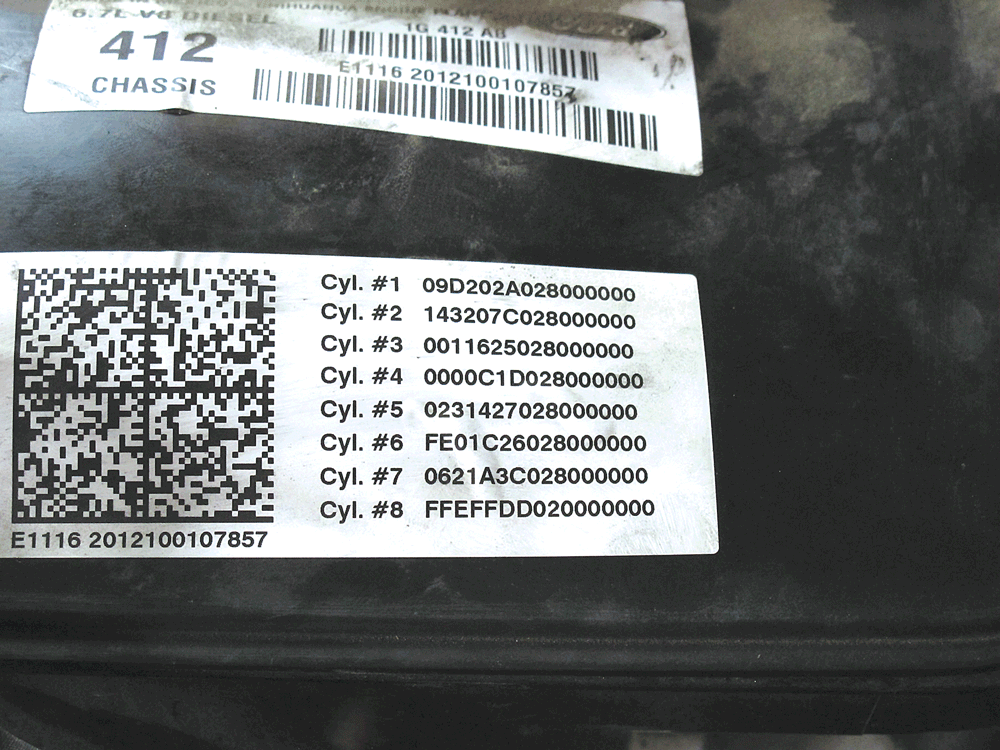 These symptoms, among others, are indicators of some sort of contamination in the fuel system. not necessarily DEF—but of all the possible types of liquid contamination, DEF is by far the worst.

According to Ford, the most common sources of contaminated fuel are auxiliary vehicle-mounted tanks; local storage tanks; infrequently used fuel sources; and refueling errors (i.e. DEF or gasoline poured into the fuel tank). 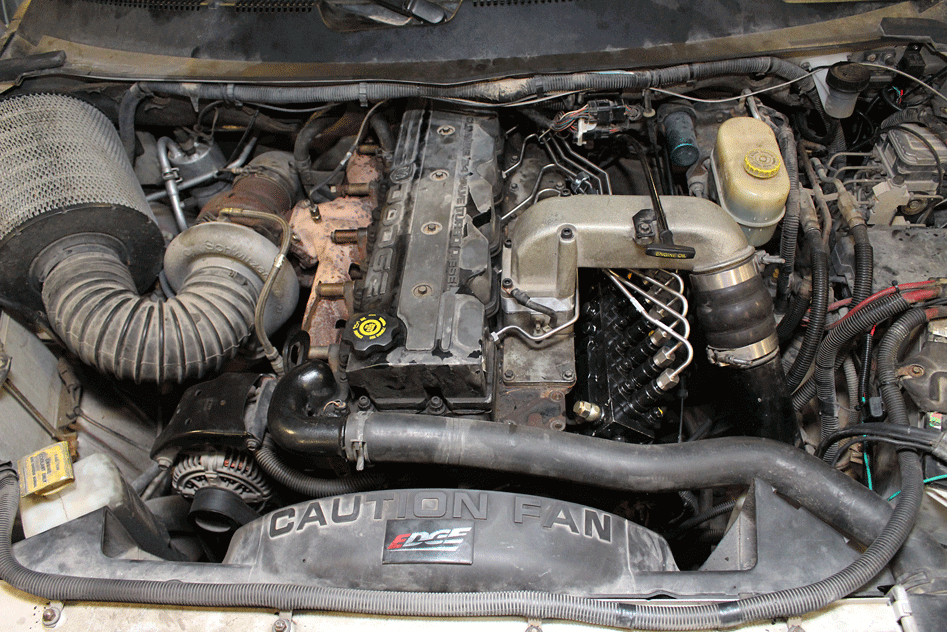