Nearly every hot rodder or car enthusiast has dreamed of striking it rich by finding a vintage muscle car hiding away in a barn. For diesel enthusiasts having that dream come true is even more rare since most diesel owners use their truck for work or play. But every once in a while you’ll find one that’s nearly new and has been well cared for. Such is the story behind Logan Yelton’s 1993 Dodge W250.

Logan, of Walton, Kentucky, was lucky enough to find a near-perfect Dodge, which was bone stock and spent all of its life safe and sound in a garage. The elderly owner made Logan a great deal, and with a lot of help from his friends, Logan transformed the Dodge into a 14-second reliable daily driver anyone would be proud to own. Logan is a Mopar guy at heart, having done a full body-off restoration on a 1972 Duster, so getting his hands dirty on the diesel was no big deal.

Since he’s an avid diesel-racing fan, Logan wanted to pump up the 12-valve so it could reach its full power potential. And the easiest way to accomplish that feat is with lots more fuel and air. In preparation for the upgrades, the 12-valve was fitted with a set of head studs before the boost was cranked up to 50+ psi courtesy of a compound turbo setup, which utilizes an HX35 over a HT3B. A stock ported and polished intake, and custom 3.5-inch ceramic-coated plumbing help guide the air into the engine. On the fuel side, a FASS fuel system helps push fuel up to a modified injection pump and DAP 5×18 injectors. Exhaust is handled via a 4-inch setup. Backing up the 12-valve is a reworked A518 automatic with boosted line pressures. 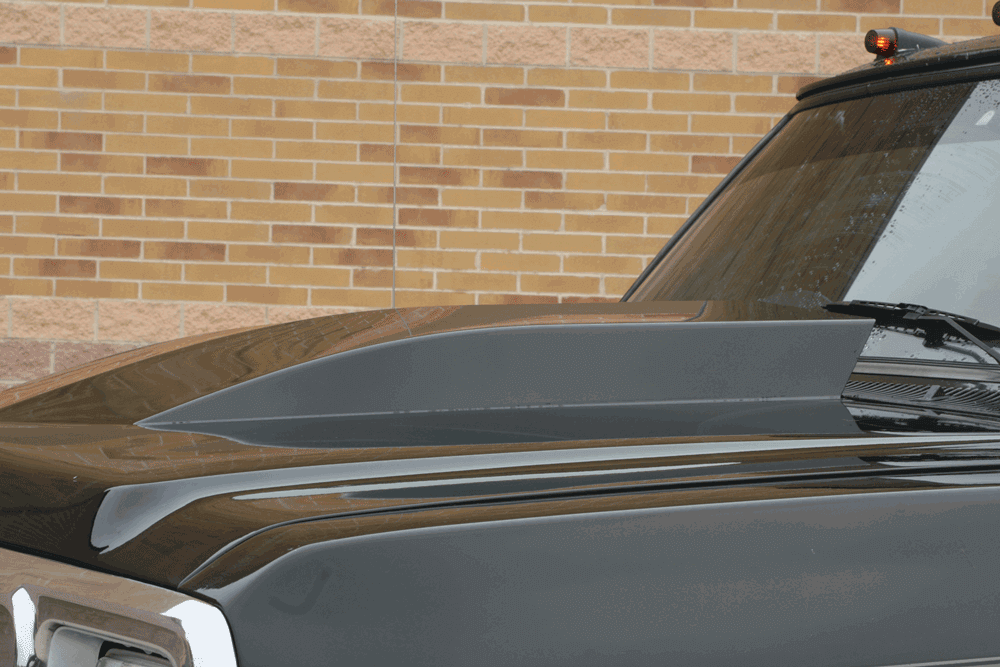 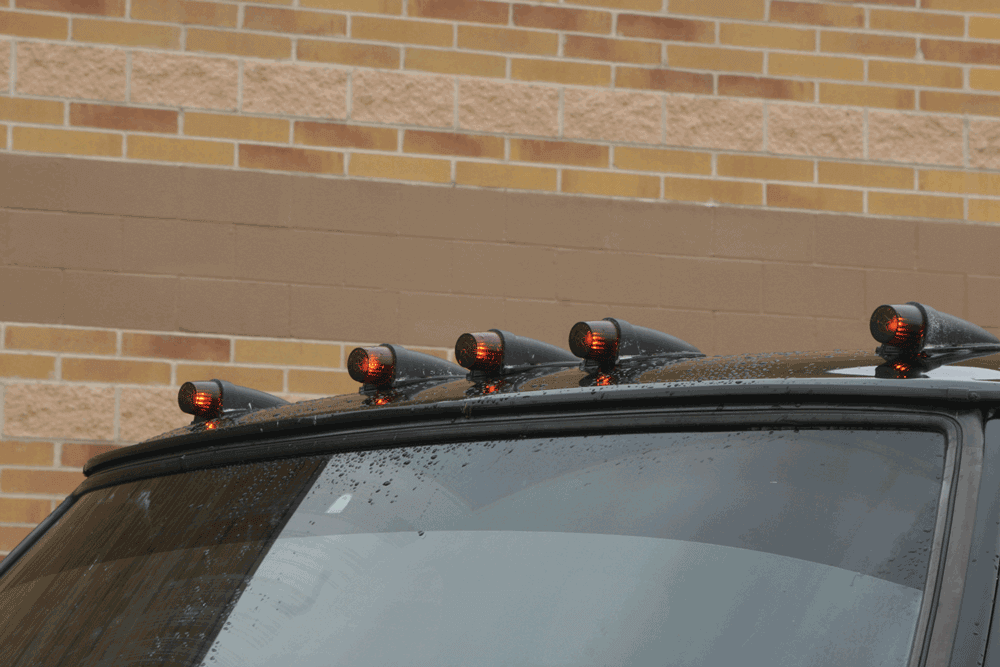 Visually, the thing that stands out the most on the Dodge is the custom 4-inch cowl induction hood that Logan made. Grant’s Kustoms is credited with the rear roll pan setup while just a tad of lift with upgraded leaf springs makes room for 33-inch Mickey Thompson Baja ATZ tires mounted on 18×12-inch chrome Fuel Hostage wheels. 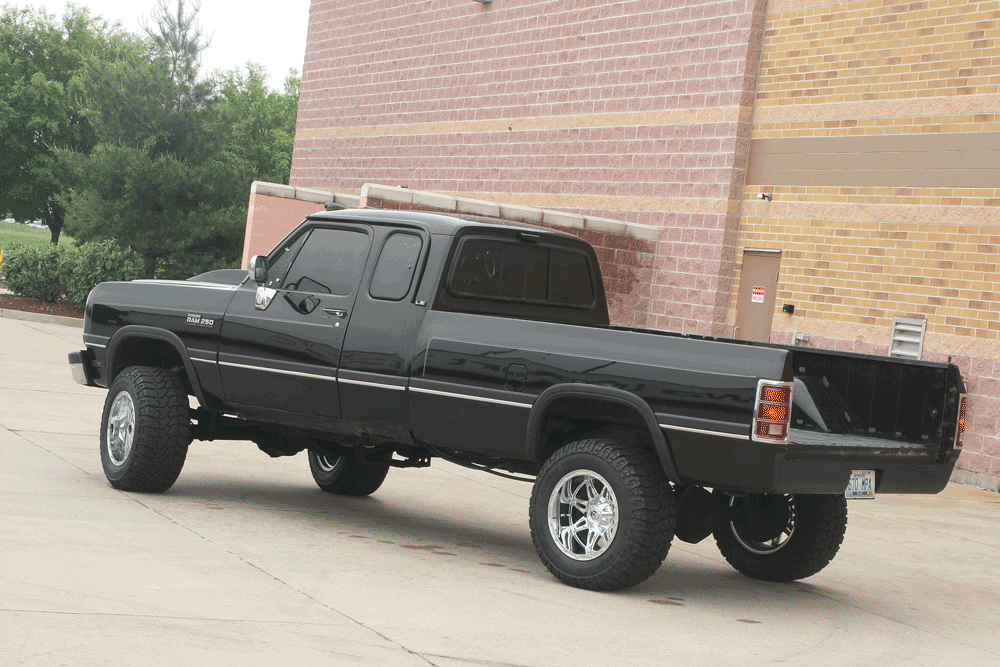 On the inside, you can tell that the truck was well cared for by the former owner and came fully loaded from the factory with power mirrors, windows and door locks. Logan added a set of ISSPRO gauges in a custom A-pillar mount and moved the overdrive switch. 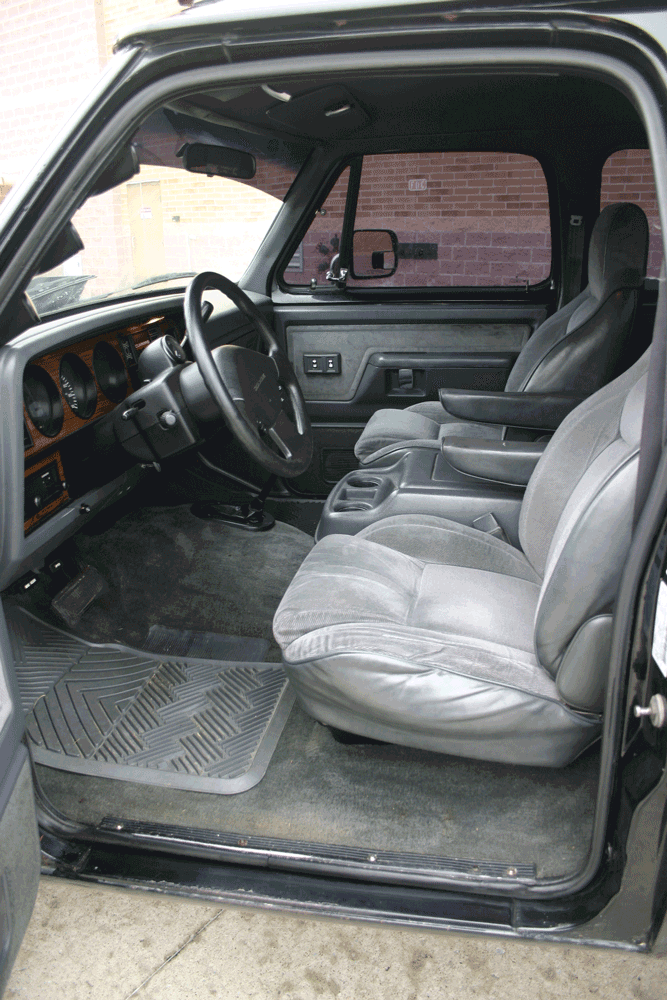 Logan says he drives his pride and joy regularly and really enjoys it. Plus, the truck is no slouch at the drag-strip, laying down a best pass of 14.45 at 91 mph. Best of all, he had a pristine truck to start with, which helped the build a lot. He also credits friends Andrew Gordon, Tim Wright and Logan Thomas for helping. DW