News Of The Week 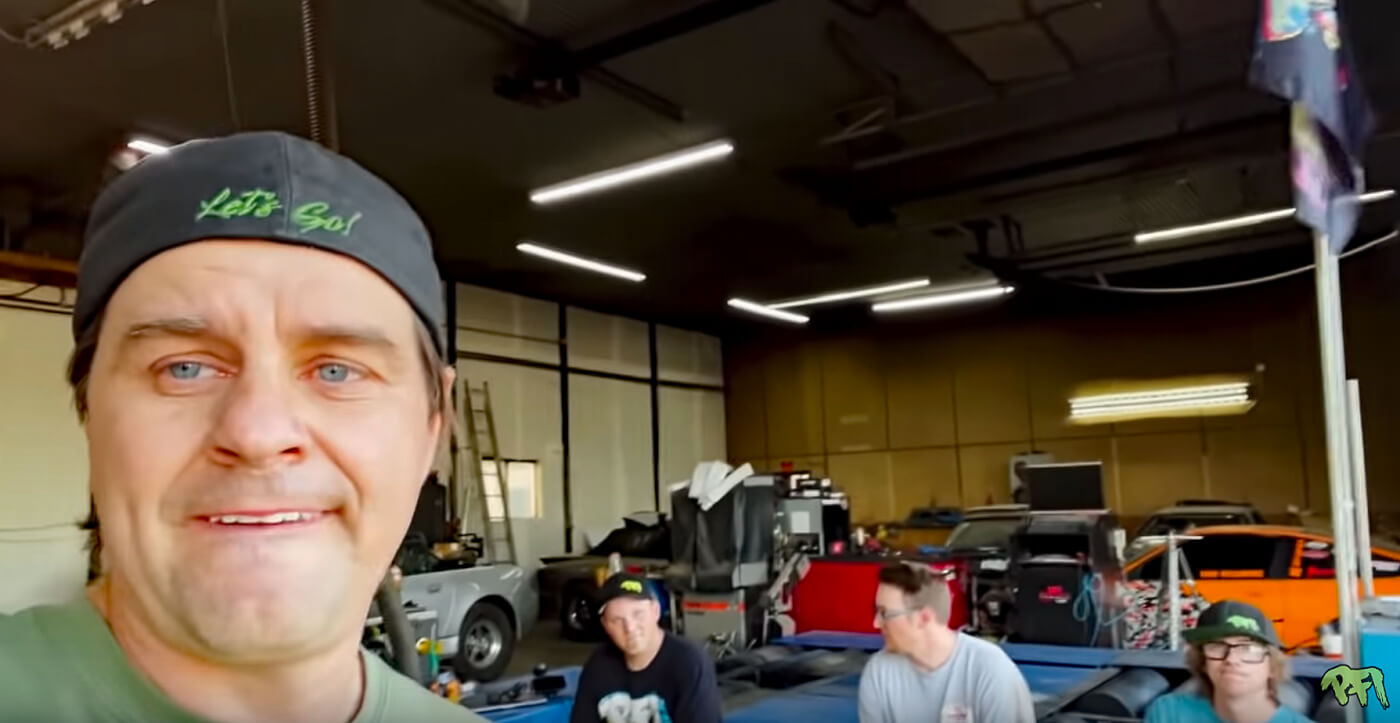 If you only watch one video on the Internet this year, make sure it’s this one. PFI Speed posted a heartfelt update on their run-in with the EPA. Six months after stopping by, the Environmental Protection Agency handed them an $18,000 fine for selling 37 aftermarket ECU’s to online customers—and the guys at PFI were even told they were getting off easy… PFI might build import racecars and dabble with domestic sports cars, but they are no different from those of us in the diesel industry. We are all in this together. The good news is that PFI has chosen to lawyer up and fight. Cruise over to VoterVoice.net and sign the RPM Act petition. Something has to be done, and done soon, to preserve our right to go racing. 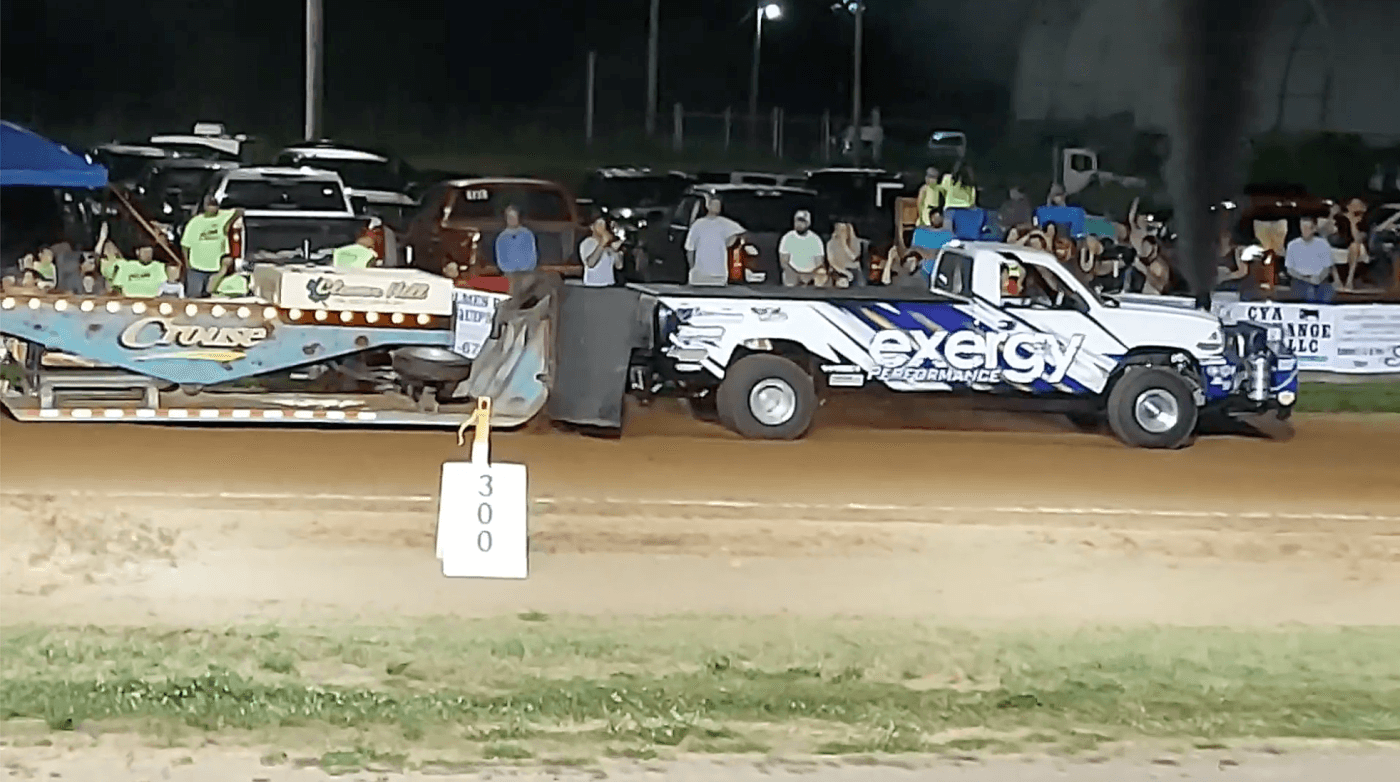 Duramax For The Win

Need proof that the Duramax can still win in the dirt? Even in a truck set up to run in the Cummins-dominated Limited Pro Stock class? John Humpe III and his sponsors certainly believe in what the GM V-8 can do. His Wagler Competition Products, Exergy Performance, Hart’s Diesel, and Dirty Hooker Diesel-backed Chevrolet Silverado took the win at a recent hook in Carrolton, Ohio. Look for John’s nasty Duramax-powered, 3.0 smooth bore truck to shake up the standings this season, and mix it up with the best-running Limited Pro’s in the nation. 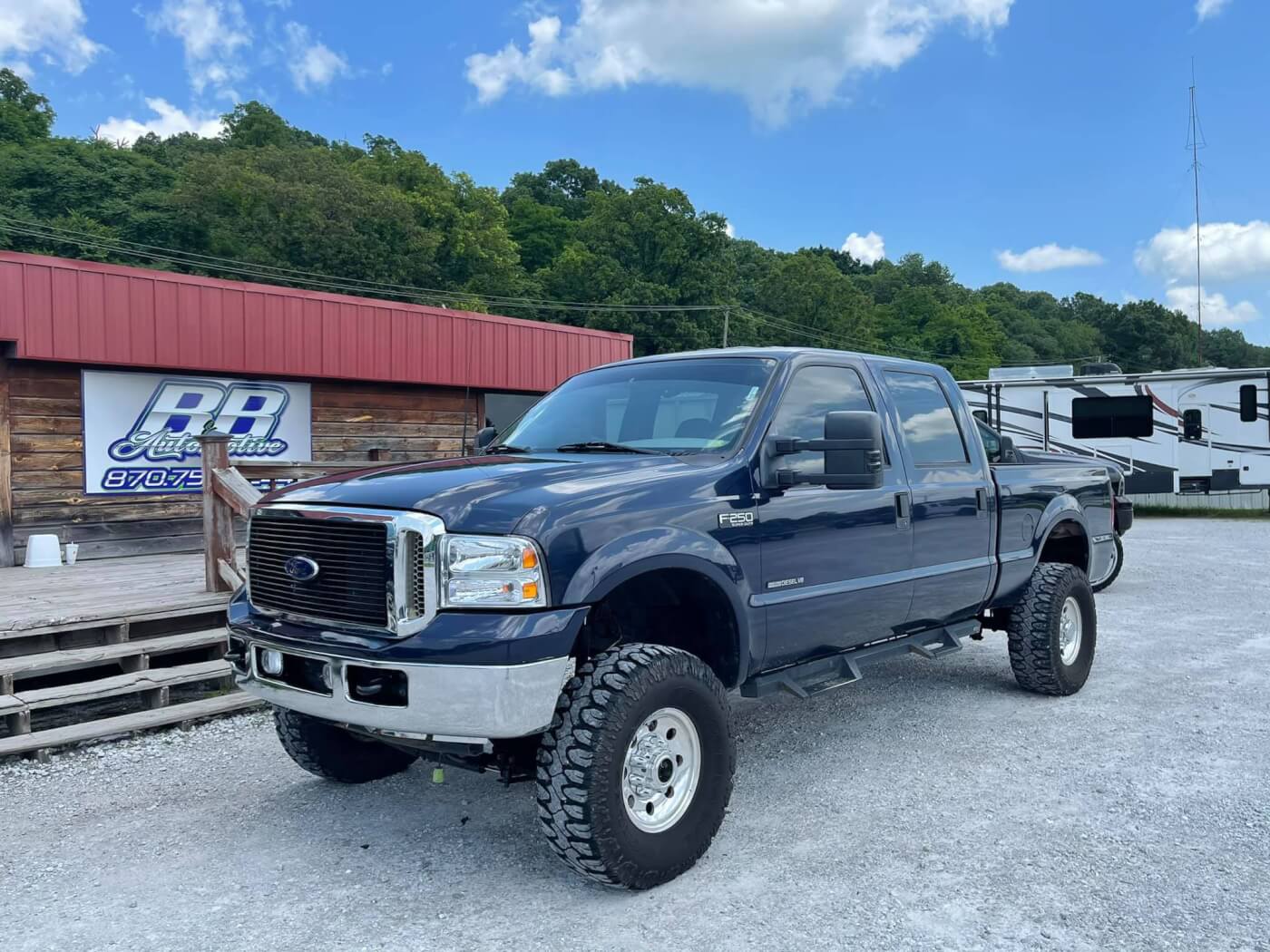 It’s no secret that used vehicle prices are on the rise—but it also seems as though more and more clean or high-powered trucks are coming up for grabs than ever before. If you’re on the hunt for an immaculate 7.3L Super Duty, B&B Automotive of Harrison, Arkansas has an ’03 F-250 that fits the bill. Listed for $19,900, the 4×4, short bed crew cab has just 151,000 miles on the odometer, larger injectors, a TS six-position chip, a Wicked Wheel-graced turbocharger, and a built 4R100 (possibly even from nearby Brian’s Truck Shop). For an 18 or 19-year old truck, it doesn’t get much cleaner than this. 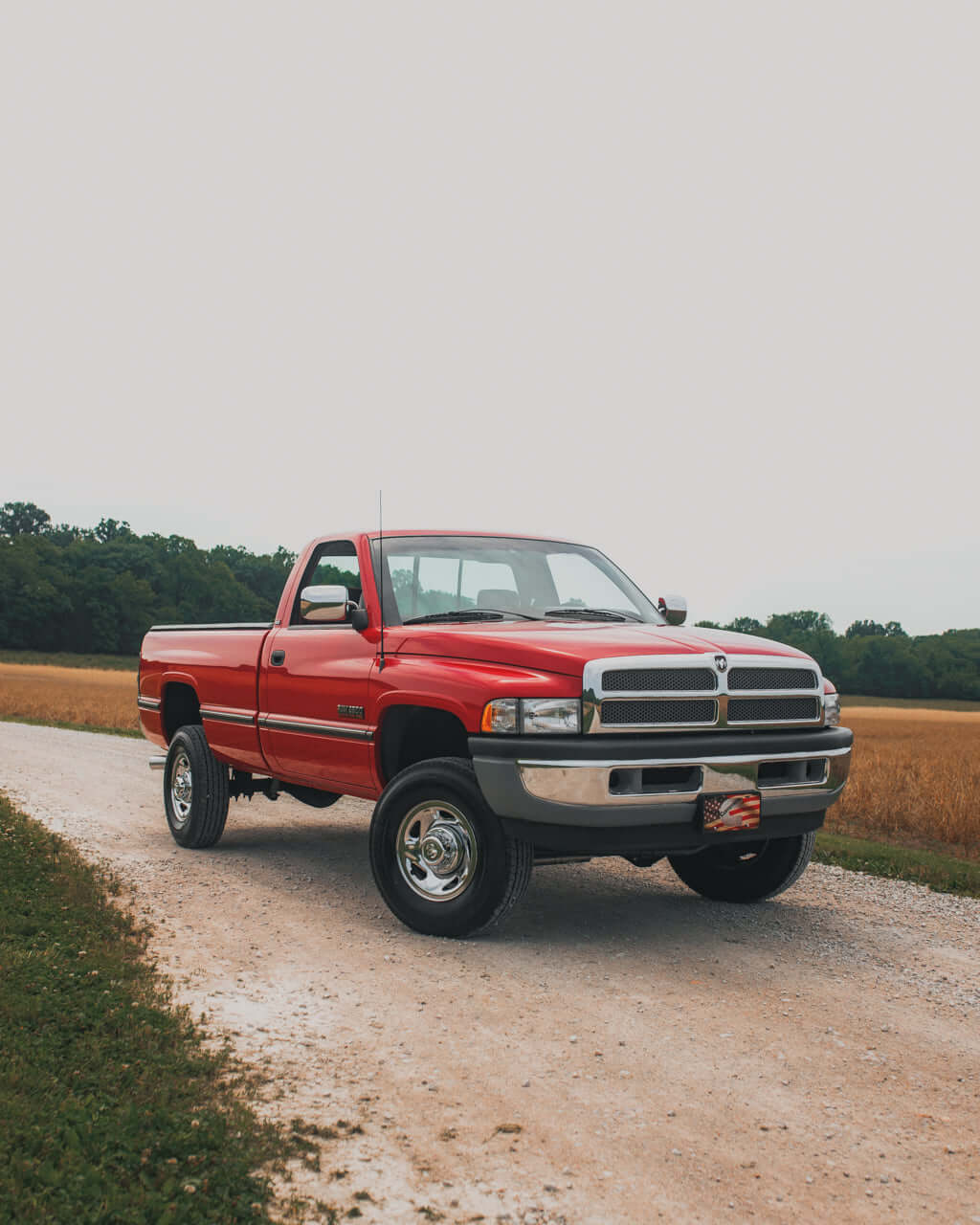 Speaking of clean, check out this 54,000 original mile 12-valve Cummins, which must’ve been preserved in a time capsule. It looks like something out of a Dodge brochure from 25 years ago, but it’s actually located at Gateway Car Connection in Eureka, Missouri. The red interior’d Laramie SLT Dodge Ram is four-wheel drive, equipped with an automatic, all-stock, rust-free, and unrestored. It’s currently listed for $39,800, which is well north of what the regular cab second-gen retailed for back when it was brand-new. To our knowledge, it’s the only daily-driven truck in the 5.90 Index class—and the fastest street-legal Cummins in existence. It’s Cody Fisher’s ’06 Dodge Ram Quad Cab and it’s an absolute beast. Not only has this truck gone rounds in 5.90, but it sports a full interior, with working A/C and heat. Cody’s Dodge is powered by a D&J wet block, deck-plate Cummins with an Exergy fuel system and an S485/Wimer 4.2-inch compound turbo arrangement, and is backed by a Firepunk Diesel Comp 3 48RE four-speed. The truck is also caged, certified for 8.50s, and has been as fast as 8.70 at 160 mph in the quarter-mile. It’s also been 5.71 at 127 mph in the eighth. If you want it all (or darn close to it), Cody will let the truck go for $75,000. 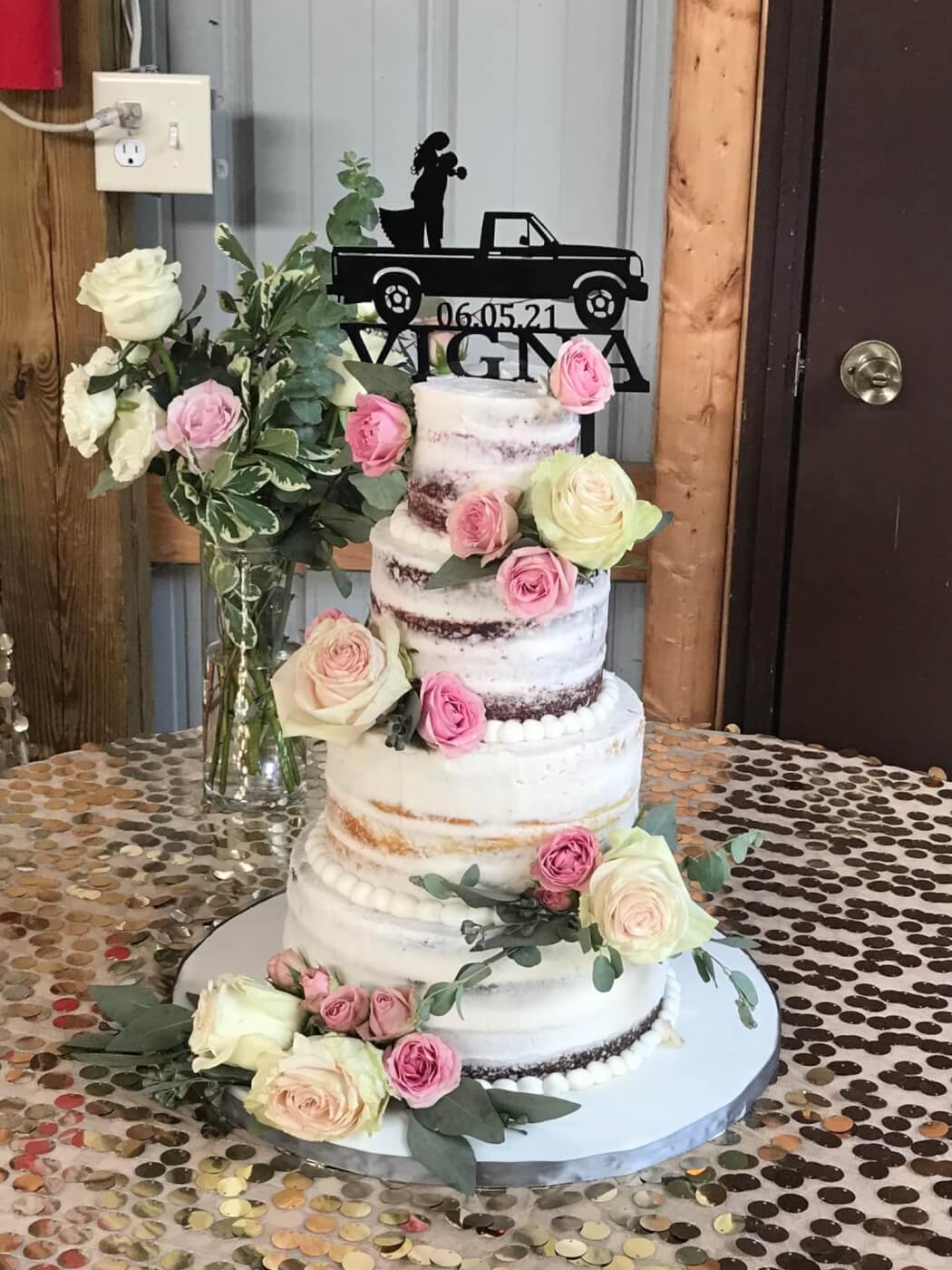 When OBS Is Life

When Marc Andrew Vigna got married in early June, he couldn’t help but sprinkle some OBS Ford toppings on his wedding cake. After all, he’s owned his black regular cab OBS Ford for forever…and when you marry the man you marry his truck, right? As for his old body style F-250, it’s black, common-rail Cummins-powered, and compound turbocharged. As for the marriage, things are off to a promising start with this type of knot-tying topper.