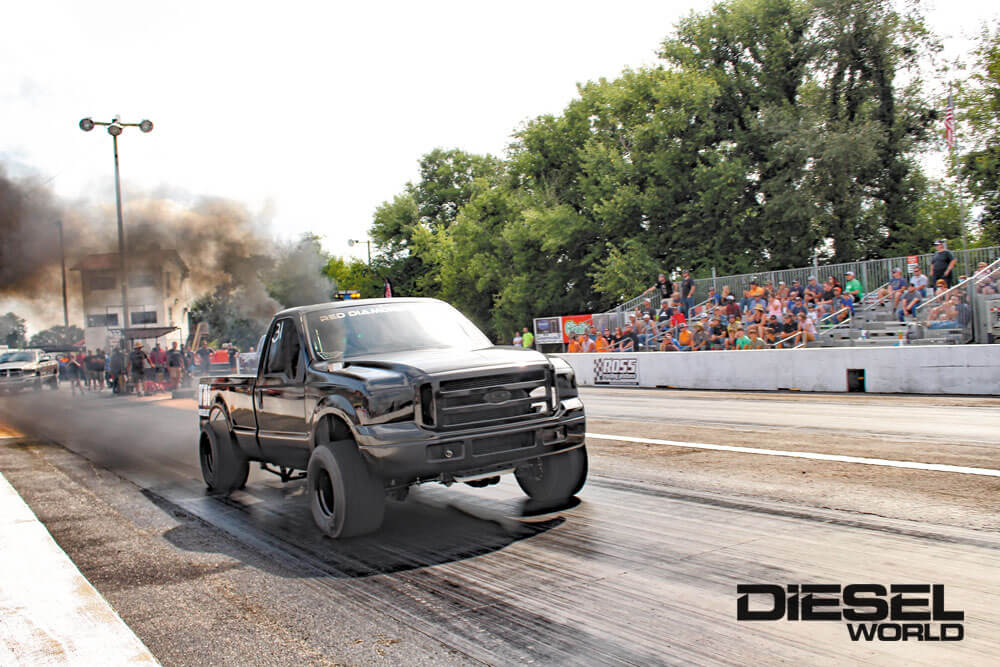 Austin Denny And His Nasty 6.0L bump Up To Pro Street

Austin Denny and his 6.0L Power Stroke have either been record holders or in the hunt for a record E.T. over the past several years. Now, Austin and his team have made the jump to the Pro Street category from 5.90 Index. To our knowledge, it’s one of the first (if not thee first) 6.0L Power Stroke to ever run in this elite ODSS class of diesels. After switching to a 4R100 transmission over the winter but then encountering problems right before the Wagler Spring Nationals on April 29-30, Austin went back to the tried and true 5R110 from teammate David Ferguson. Despite being down a cylinder, the Super Duty still managed a new best, 5.65-second eighth-mile blast. Stay tuned for quite a bit more from this compound turbo’d 6.0L this season. 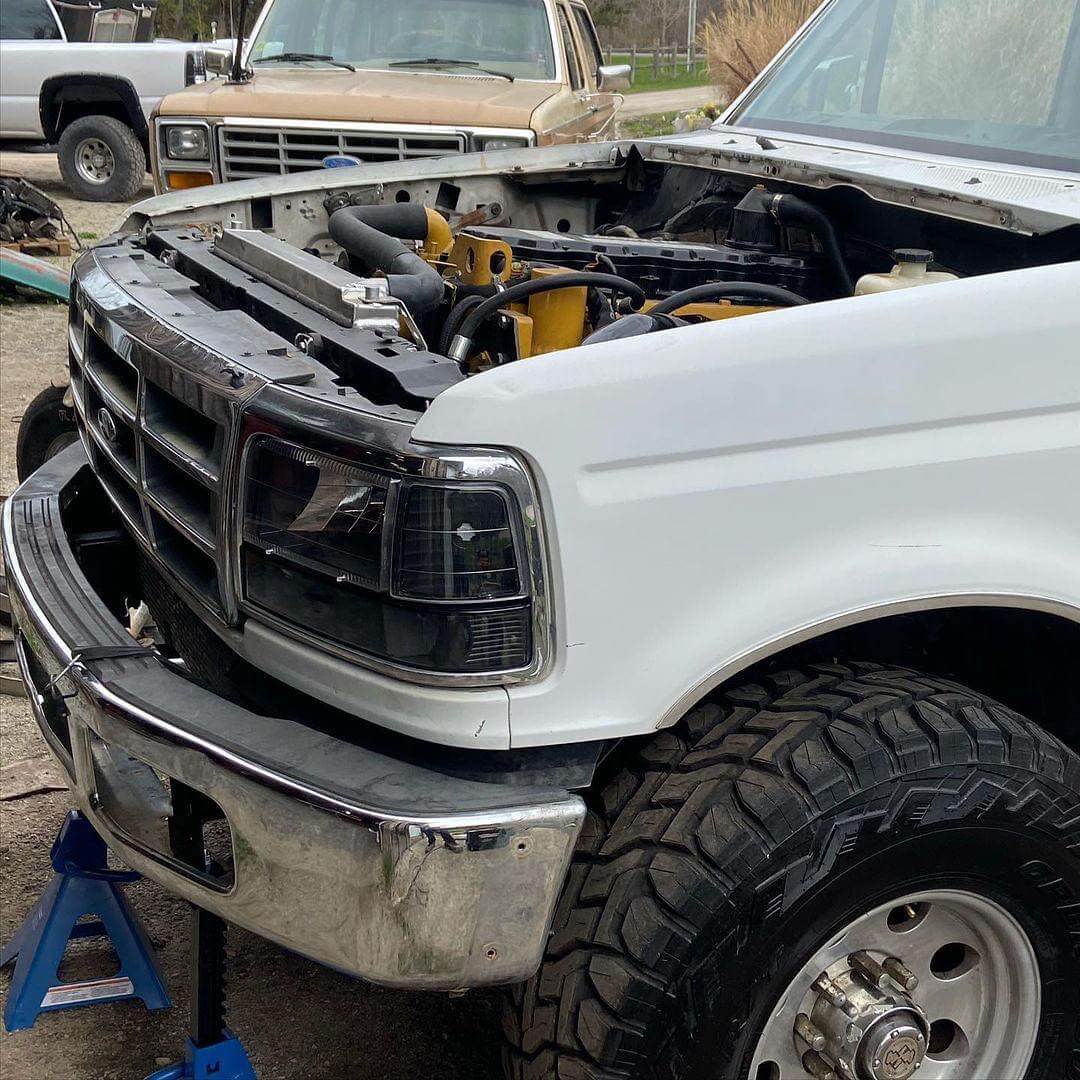 For a lot of truck lovers, DeBoss Garage’s CAT-powered OBS Ford project is the stuff dreams are made of. The YouTube sensation, who coined the project #FTreeKitty, has successfully stuffed a 3126 Cat into the F-350’s engine bay and now the truck is finally just about roadworthy. Supplying low pressure fuel to the yellow kitty is a 165-gph Titanium series lift pump system from FASS, and while it’s no high-horsepower performance build, it ought to be pretty darn reliable. Of course, it goes without saying that it would be the ultimate conversation starter piece at the local car show! 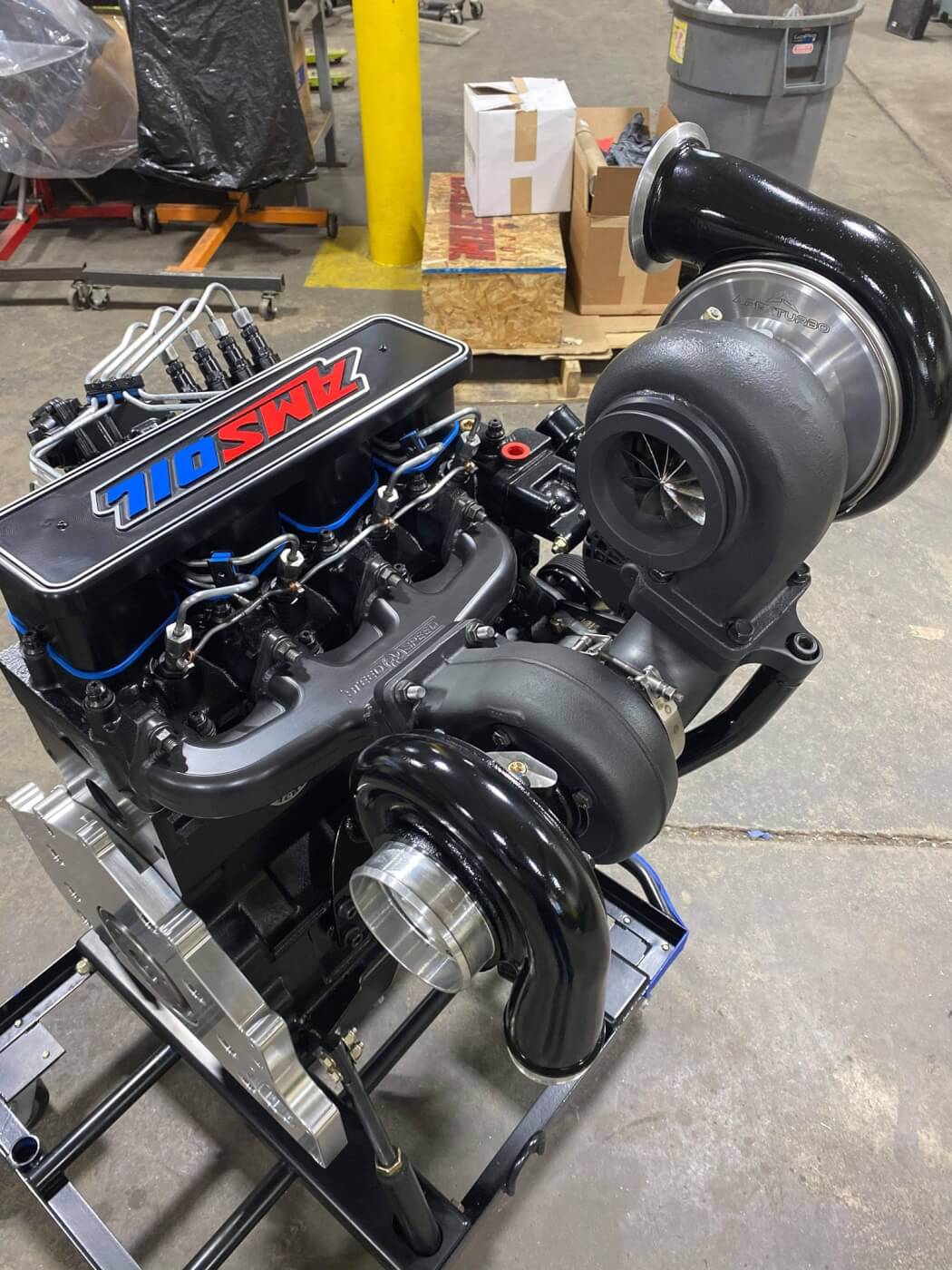 When big names like Industrial Injection, Mountain Machine, and Salenbien Performance team up on something, you know it’s going to 1. Make big power, and 2. Be unique. Feast your eyes on this compound turbo’d 4BT Cummins. Its turbos come from Salenbien Performance, the parent company of Apex Turbo—and the windmills on this 4BT are no joke! On the engine dyno at Salenbien’s Maybee, Michigan facility, the little Cummins turned out 505 hp and 810 lb-ft of torque. The engine is destined for Hauk Designs’ latest creation, a junkyard JK Jeep set up for rock crawling. 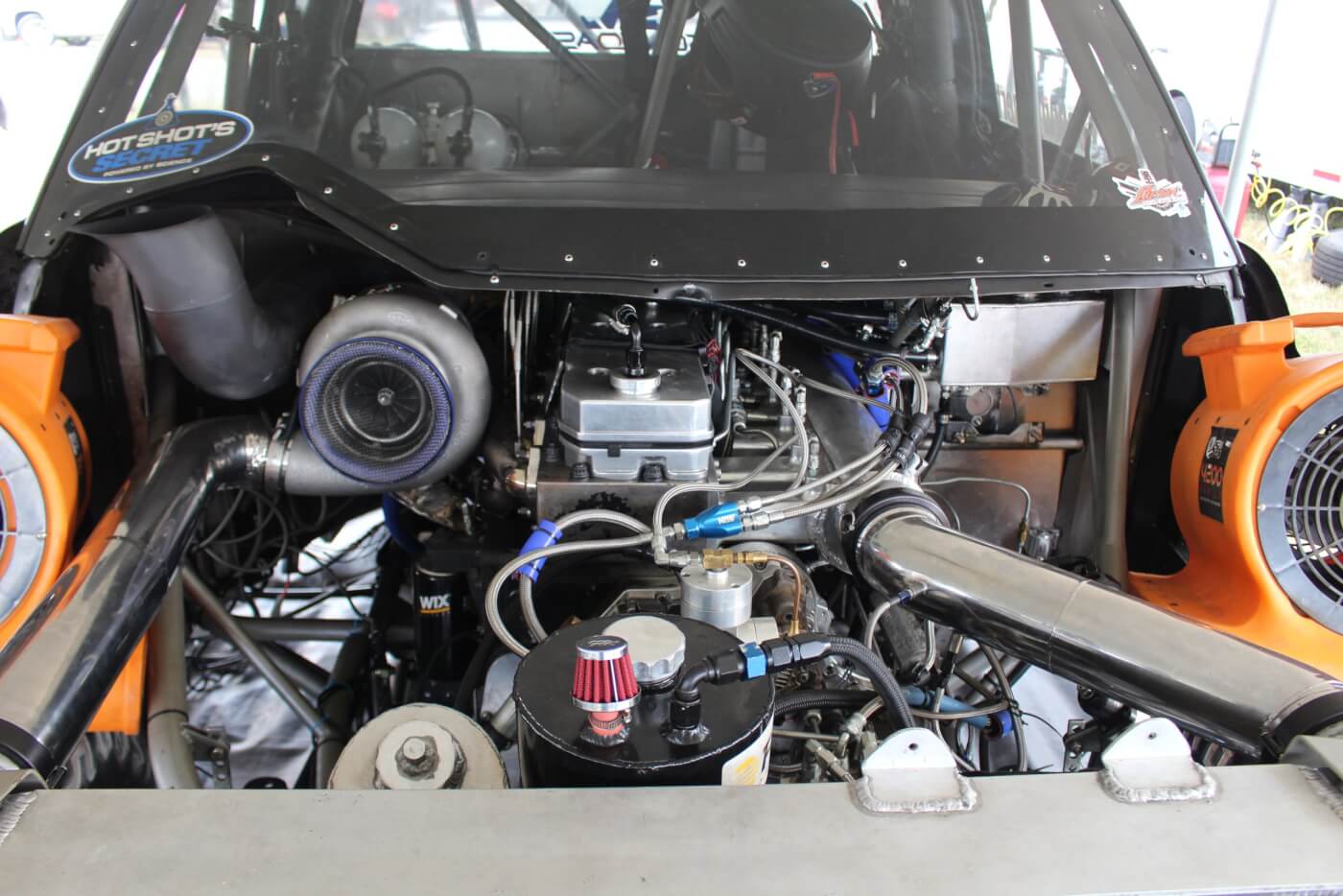 Don’t look now, but Stainless Diesel’s record-setting Pro Street engine might be up for grabs. The 2,800hp Cummins sports a 6.7L block, D&J Precision Machine rods and pistons, a deck plate, a billet ductile iron head from Wagler Competition Products with an aluminum intake, and a D&J three-pump gear case. Triple S&S 12mm CP3’s and S&S 550-percent over 6.7L-based injectors feed the beast its fuel, while a D&J water injection setup helps keep heat in check. With just 12 hits on the engine, it’s essentially not even broken in yet.

Ford Pulls Out Of SEMA Show

For anyone that attends the SEMA Show each November out in Vegas, the look of central hall may never be the same. For 2022, Ford Motor Company has decided to not display at the automotive industry’s biggest trade show. The reasoning? A change in “corporate strategy.” Let’s just hope that Ford isn’t taking an anti-aftermarket stance going forward. Ironically, the announcement comes on the heels of reports of enhanced OEM presence at this year’s show. It remains to be seen who will move into the vacated space in central hall. In similar news, Honda has also pulled anchor at SEMA. 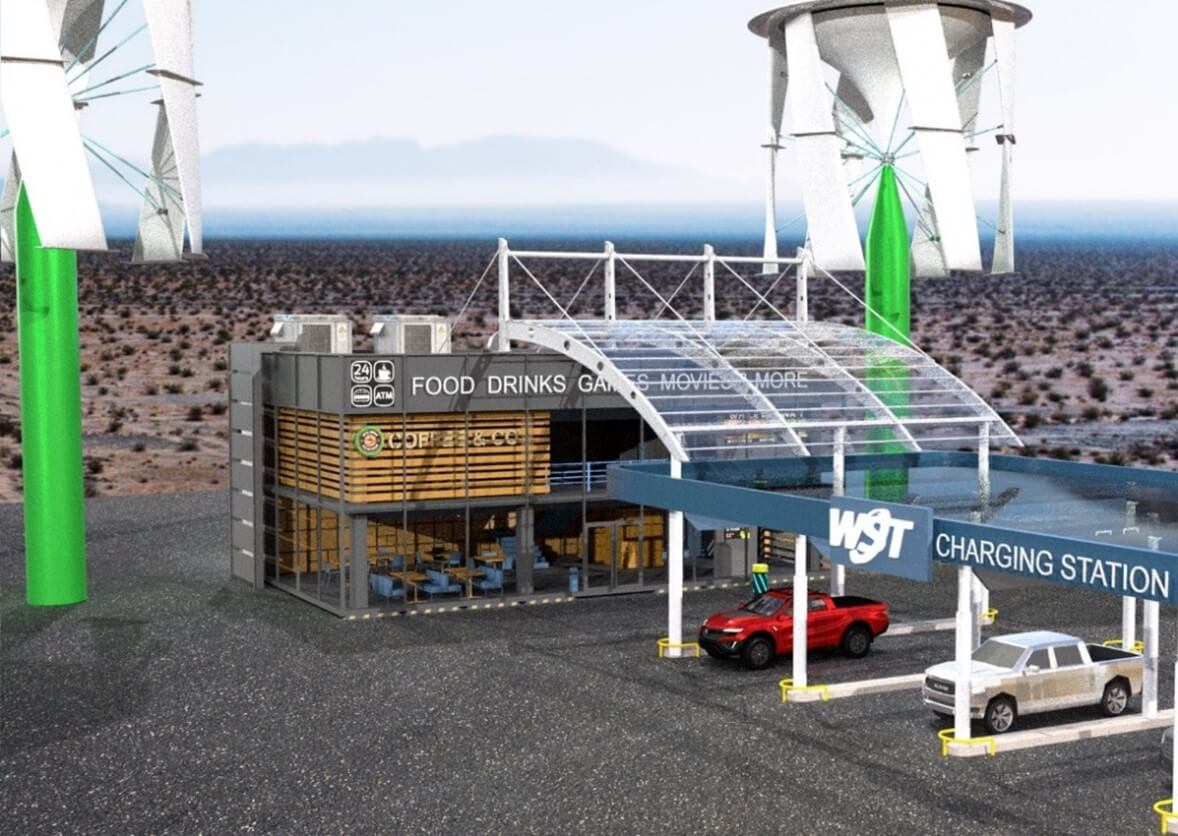 “Green” Vehicles Aren’t As Environmentally Friendly As You Think

Change Wind Corporation has been calling attention to the elephant in the room with electric vehicles. The fact that EV’s shift the pollution source from the tailpipe to the power plant is often overlooked or minimized by pro-EV advocates. But Change Wind Corporation, which has a patented Wind & Solar Tower that produces adequate, pollution-free electricity for EV’s, has made it known that more than 60-percent of the current electric grid is powered by burning dirty fossil fuels. At present, nothing is truly being done to curb GHG emissions to improve the air we breathe. Its aforementioned Wind & Solar Tower aims to change all of that. You can read more about this unique technology at the link below.