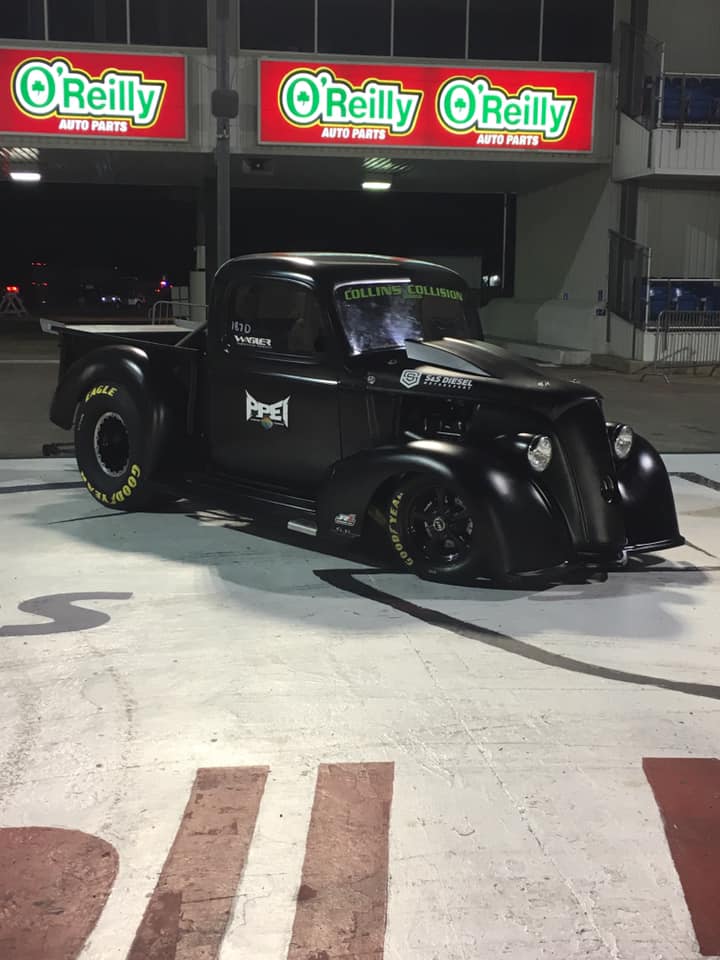 The Outcast Wins No Prep Kings

Street Outlaws’ No Prep Kings served with a side of diesel? Sounds good to us! It all went down in Ennis, Texas on October 26-27 and Tony Rizzi’s Duramax-powered ’37 Chevy, known as the Outcast, took the big win. But it was anything but easy. On the first night of action, an oil fire engulfed the entire pickup in flames, with Rizzi refusing to lift and still taking the win. Then, despite pulling up to the line in the final round with a hurt engine, Rizzi pulled off the W in true warrior fashion. Other racers that made the call to Ennis were: Mike Skinner, Ben Shadday, Paul Cato, and Ryan Milliken in his new ’57 Chevy Pro Mod. 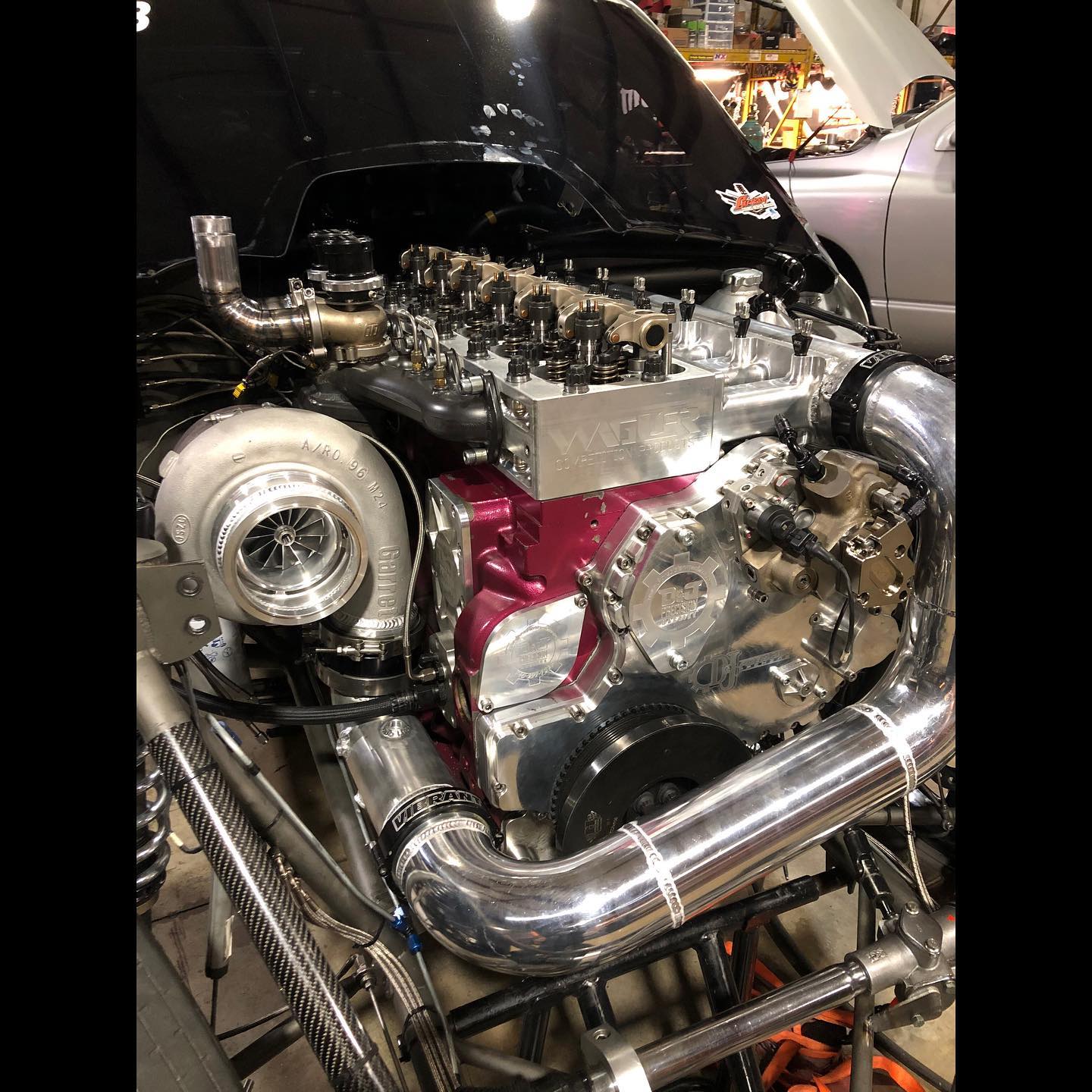 Firepunk’s Prep for No Prep

After exploding their GT55 during the S10’s exhibition pass at the PDRA World Finals, the Firepunk Diesel crew wasted no time readying the Save the Racks Pro Mod for its next race. First and foremost, the head was pulled and immediately sent to Wagler Competition Products to be gone through. Then new sleeves and pistons were installed in the D&J Precision Machine Cummins in-frame. After that, the crew set about adding two external wastegates to the exhaust manifold. Now that they know their turbo’s danger speed is 134,000 rpm, these gates will be tuned to keep the GT55 from overspeeding again. 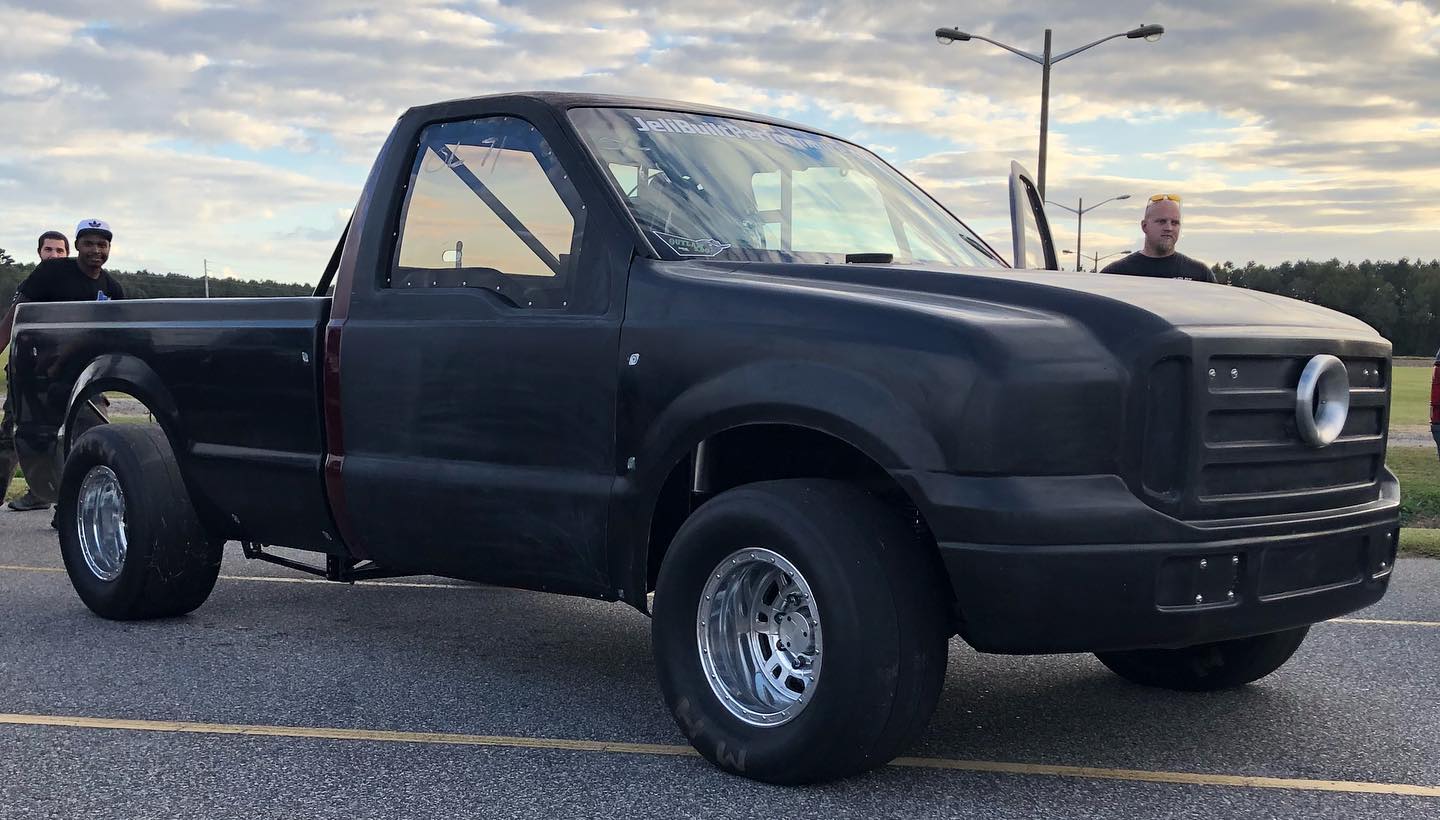 The long-awaited debut of Brian Jelich’s ’00-based F-350 has been anything but disappointing. In less than two months, his 7.3L-powered ride has already been in the 5’s in the eighth-mile, and at Diesel Truck Wars he reset the 7.3L 4×4 record. As a bonus, Jelich’s 5.76-second pass at 121 mph was made without even leaning on the engine very hard. In fact, with way more left on the table Jelich is confident in pursuing an 8-second quarter-mile pass soon. Watch for him to try to break into the 8’s at Virginia Motorsports Park in the weeks ahead. 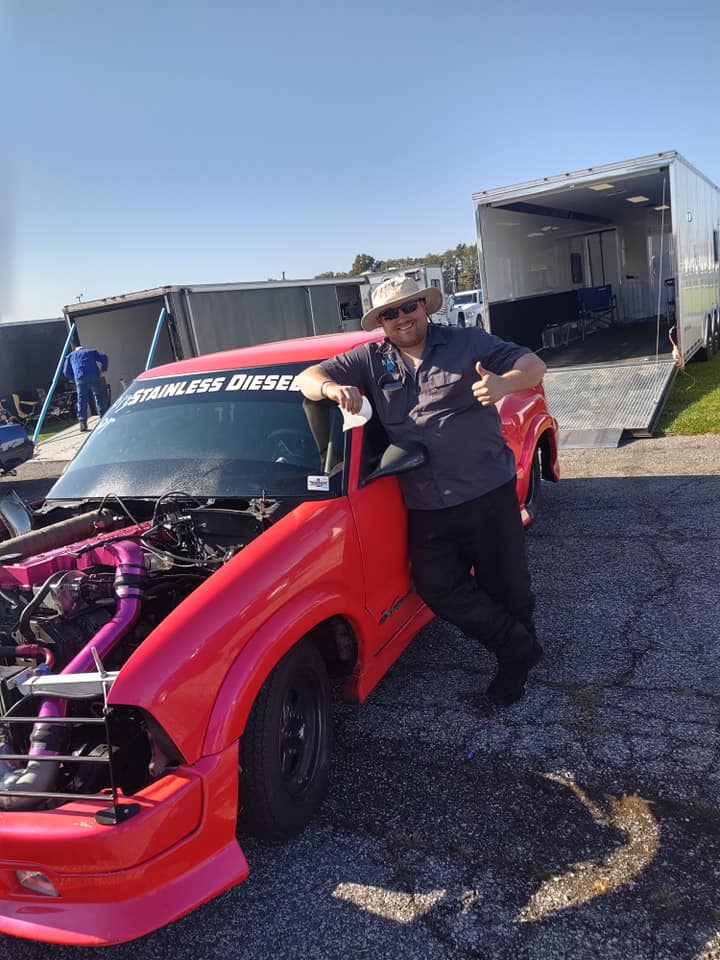 If you were wondering where all the go-fast VP44 parts went when Stainless Diesel’s Johnny Gilbert bumped up to a 2,500hp common-rail, look no further than the Pink Panther. The pink Chevy S10 is piloted by Stainless Diesel’s Roy Currier Jr. and over the weekend it laid down its best quarter-mile pass to date: a 9.95 at nearly 144 mph. After cutting a 1.65-second 60-foot and running a 6.59 eighth-mile, the little S10 put some serious power down on the back-half in order to collect the 9-second time slip. 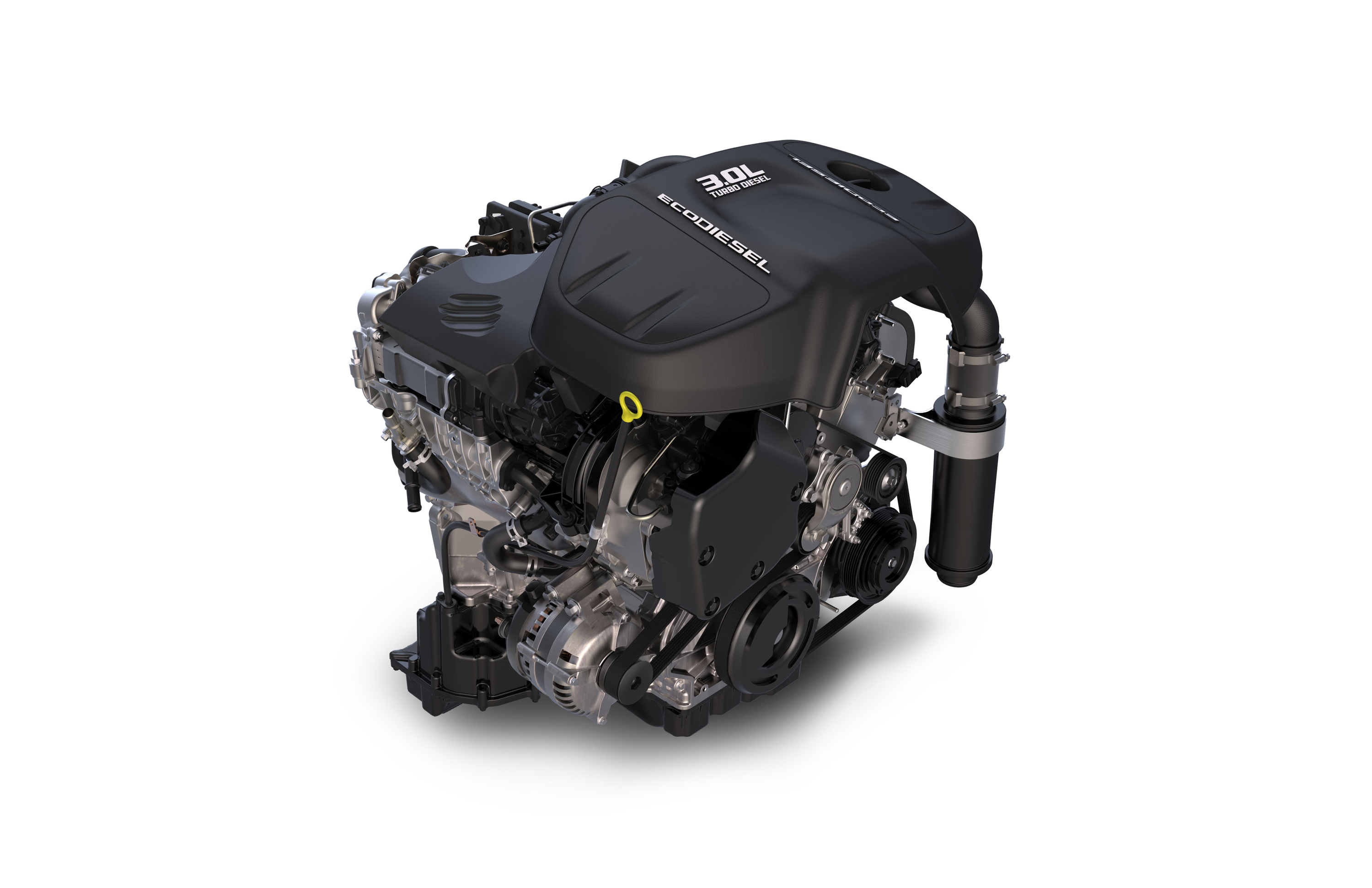 On October 25, Fiat Chrysler Automobiles (FCA) issued a voluntary recall for an estimated 107,898 EcoDiesel-powered Ram 1500’s. The recall was ordered after an internal investigation discovered microscopic cracks in some exhaust gas recirculation coolers. When cracks are present, coolant can leak out and in some cases (though rare) even lead to engine fires. The EGR cooler recall applies to owners of ’14-’19 EcoDiesel Ram 1500 owners and does not apply to ’20 and newer models. FCA customers are advised to keep an eye on their engine’s coolant level, and if found to be consistently low, to contact their dealership immediately.

In an effort to preserve motorsports as we know it, SEMA officials were able to convince U.S. Senators to reintroduce the RPM Act in Congress. The Recognizing the Protection of Motorsports Act of 2019 is a bipartisan bill designed to uphold Americans’ right to convert street vehicles into dedicated race cars and the motorsports parts industry’s right to sell products that enable racers to compete. The RPM Act confirms that converting street-legal vehicles into race vehicles used exclusively for competition use does not violate the Clean Air Act. This American tradition was unchallenged for 50 years until 2015, when the EPA took up the position that all converted street vehicles competing on the track must remain emissions-compliant. 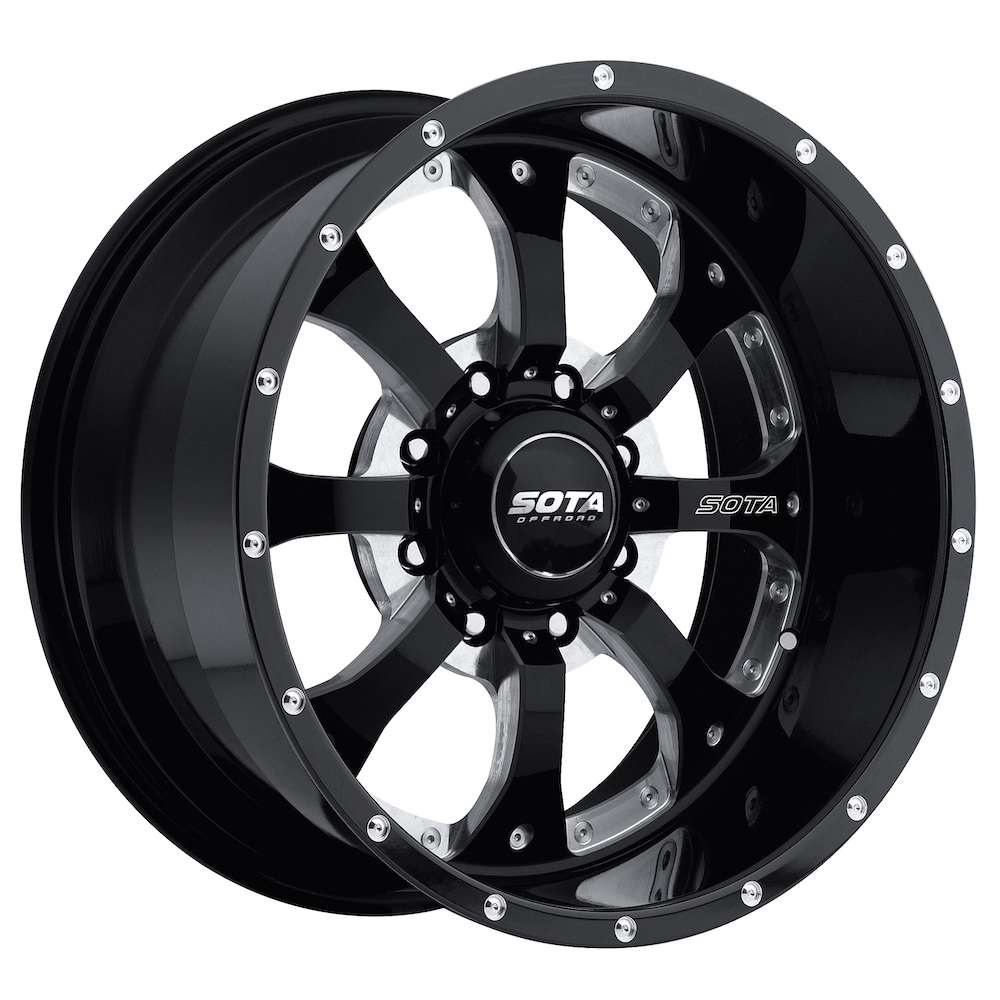 In unfortunate industry news, SOTA Offroad has voluntarily ceased all operations. After battling health issues and being unable to secure a new equity partner for the brand, company President, Brock Weld, was forced to shut down. In a public letter, Weld stated that the trade war with China, namely the ever-increasing tariffs, had greatly impacted SOTA Offroad as well (along with all wheel manufacturers). The company is best known for its highly successful Novakane line, along with many others.