This story is as much about a pair of Cummins engines that protected thousands of gallons of Seagrams whiskey from 1970 to 1991 as it is about a man that bought and repurposed them for farm use.

On December 28th and 30th,1969, two sequentially numbered and identical Cummins NH-220-IF diesels were hot tested and inspected. On December 30, 1969, and January 5, 1970 respectively, those engines were shipped to the Cummins Dealer in Cincinnati, Ohio, attached to Fairbanks-Morse 6927 fire pumps and sold to the Seagrams Distillery in Lawrenceburg, Indiana. Seagrams bought them for a new whiskey storage/aging facility in nearby Shandon, Ohio. They were to be used for fire protection of the eight, three-story barrel storage buildings, each to contain about $20 millions (in 1970 money!) worth of whiskey.

In March of 1970, the engines and pumps were installed next to a newly-dug 5 acre pond and connected to fire sensors in each building that would start the engines automatically, feeding underground fire mains, hydrants and a network of sprinklers inside each building. We don’t have to tell you how intense a fire from millions of gallons of whiskey could become. A Versailles, Kentucky, Jim Beam warehouse recently burned, destroying $330 millions worth of whisky. The fire was so hot it melted parts of the fire trucks sent to fight it. 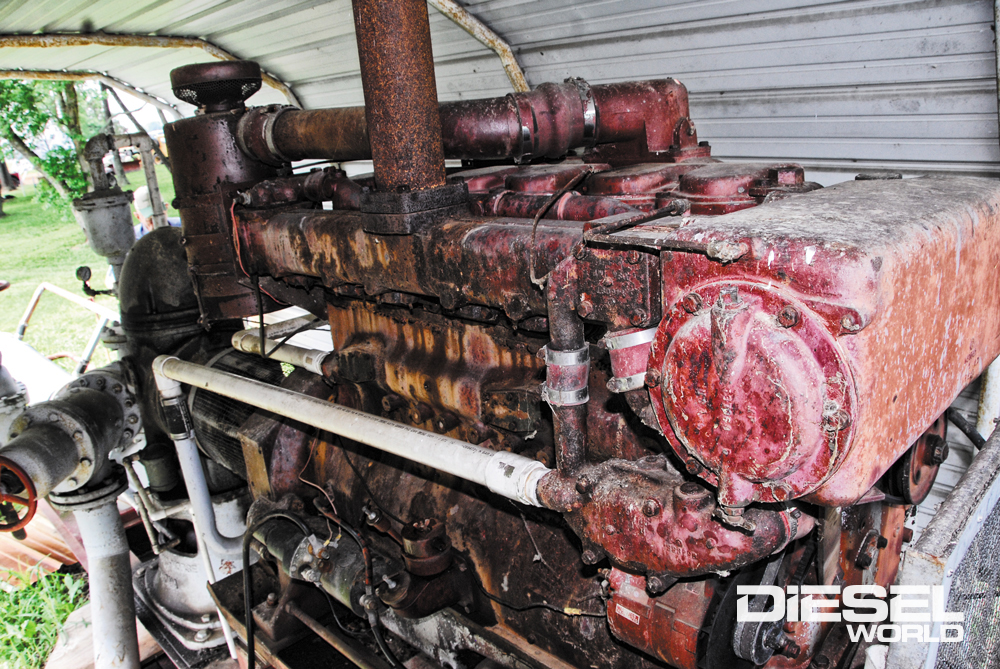 The Seagrams facility in Shandon opened in 1971 and whiskey was stored and aged there into the early 1990s. At that point, the Shandon facility was declared redundant and was closed. The Doug Loos family bought the property, and repurposed much of it for farming and cattle. In a funny twist, Seagrams spent almost as much to tear the buildings down as they got for the property so as to prevent Loos from leasing them to a competition. The engines and pumps were left intact. They were useless to the Loos operation, so in about 1992, Loos sold them to a turf farmer, John Ittel, who intended to use them for irrigating vast fields of turf grass at his Green Prairie Turf farm near College Corner, Ohio. 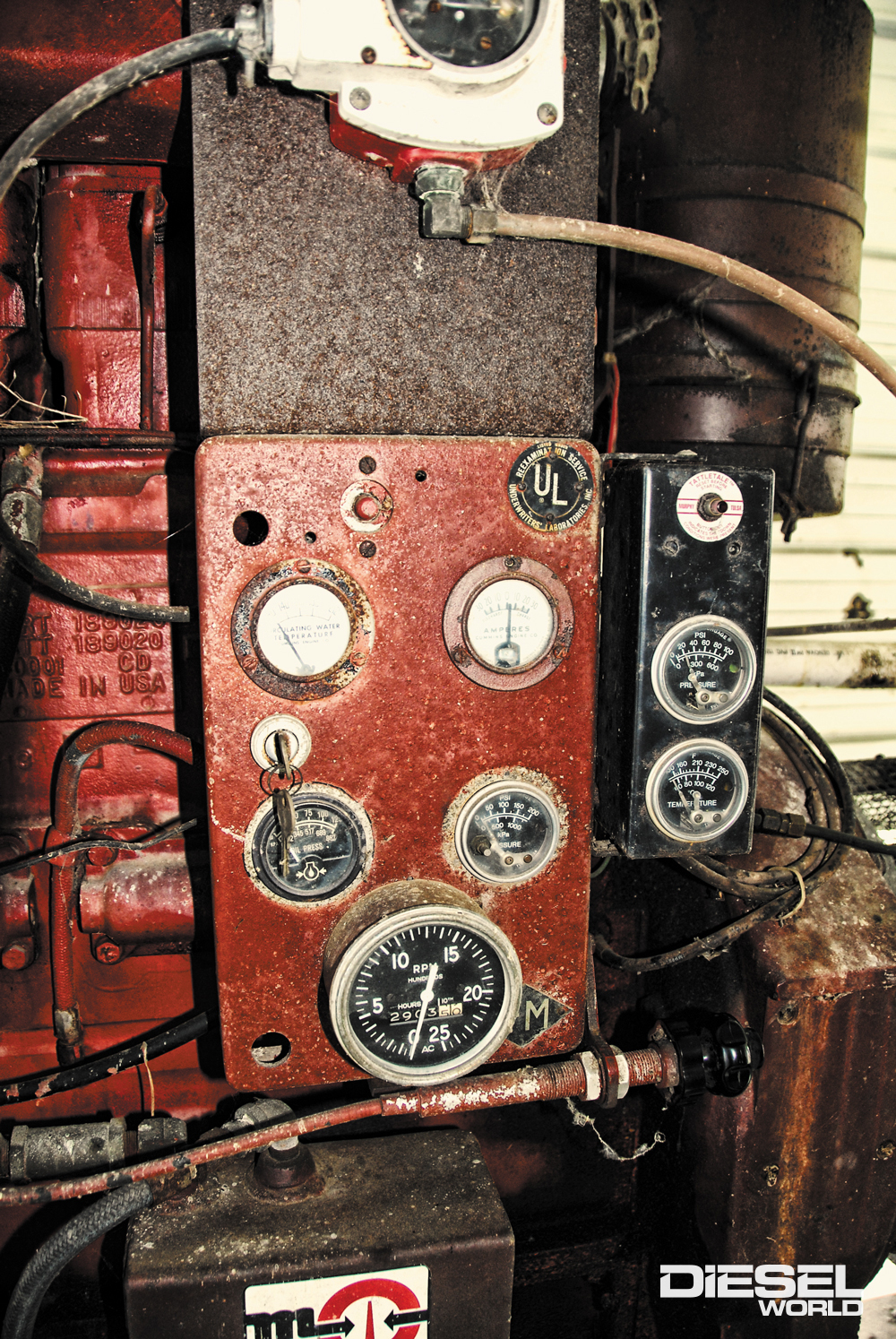 If you are into historic Jeeps, you may know John Ittel, or at least his name. He collected old trucks and Jeeps, specializing in Jeeps with industrial or agricultural attachments. For many years, he hosted a demonstration of equipment on his turf farm during the annual Willys Jeep Rally at Heuston Wood, Ohio. Covering that event, we ran across the diesels and thought them an interesting story. John Ittel passed away in November of 2020 at age 80, leaving behind a large family and an army of friends. This story is dedicated to his legacy of being one of the good ones. He is missed by a lot of people.