Caterpillar was on a roll before World War II and rapidly dominating the crawler market. The war sped that roll up and they were smart and agile enough to take advantage of the momentum in the post-war landscape.

Cat was a very engine-centric company and manufactured their own powerplants. When it came time to upgrade their engine lines, they went after it with a lot of energy. They must’ve spent some portion of the war developing new engine designs because, in 1947, they debuted several new engines, the D311, D315, D318, to name just three, replacing the D3400, D4400 and D4600 engines. One feature the new engines shared were cross-flow heads that allowed better breathing and they all were considerably more powerful than the engines they replaced. 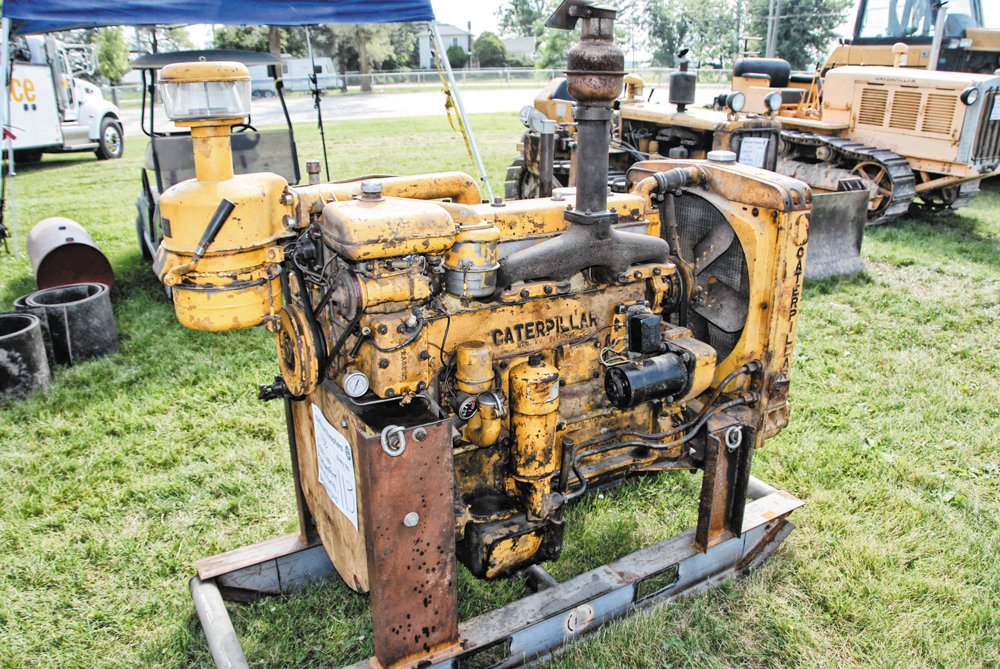 “The D315 was destined for one of Cat’s most popular crawlers, the D4. Between the D4 and D8, those two crawlers were sucking the oxygen out of the crawler market and accounted for a lot of Cat’s sales. ”

In the D4 crawler, the D315 was rated for 54.61 horses on the belt in a ‘49 Nebraska test at 1400 rpm (44 on the drawbar), and in a ‘55 test, power was up to 62.36 ponies on the belt at 1600 (52 on the drawbar). Of course, the engine was also used in many other venues, including marine, generator, and power units. In the mid-’50s, cat built their line of generators and the D315 units could crank out 40 kilowatts continuous on a 12-hour duty cycle, with short spurts in standby duty cranking out 45 kW. The difference in power was attributable mostly to a new balance that allowed it to operate at a higher rpm. There was also a slight compression increase.

The D315 served Cat from 1947 to 1960. The D4 got a major upgrade that made it the D4C and used the D330 turbocharged engine starting in 1959 that had the same displacement as the D315 but was a new engine. Plus it was turbocharged and/or turbocharged with an aftercooler, cranking out as much as 215 maximum horsepower. A few of the last D315s were also turbocharged, making 115 horsepower at 2000 rpm. These engines only saw use in industrial, generator, or marine service and not in crawlers.