How You Can Keep Your CP4.2 High-pressure Fuel Pump Off the Scrap Pile

By now you’ve heard of all the problems surrounding the Bosch CP4.2, the high-pressure fuel pump that’s made its way onto most common-rail engines in the pickup truck segment. You know the story well: the pump self-destructs, sends metal fragments through the lines and rails, into the injectors, and then out the return circuit. The failure is rarely noticed before it’s too late, and by then you’re usually out a pump, lines, rails, injectors, a tank cleaning, 30 hours’ labor, and anywhere between $6,000 to $10,000. As expected, this potential catastrophe has many late-model truck owners a little uneasy about their $60,000 to $90,000 investments.

With its ultra-tight tolerances, the CP4.2 does not tolerate anything other than diesel fuel very well. But which unwanted contaminant is most common? Air. That’s right, aeration is the number one killer of these pumps. Whether it be from lack of maintenance, running the truck out of fuel, improper fuel filter installation, or not allowing the fuel system to properly prime after a filter change, nine times out of 10 this is what takes out the CP4.2. We recently stopped by RCD Performance’s state-of-the-art fuel injection shop for the full rundown on how the CP4.2 operates, what its key failure points are, and how the average truck owner can prevent it from failing. 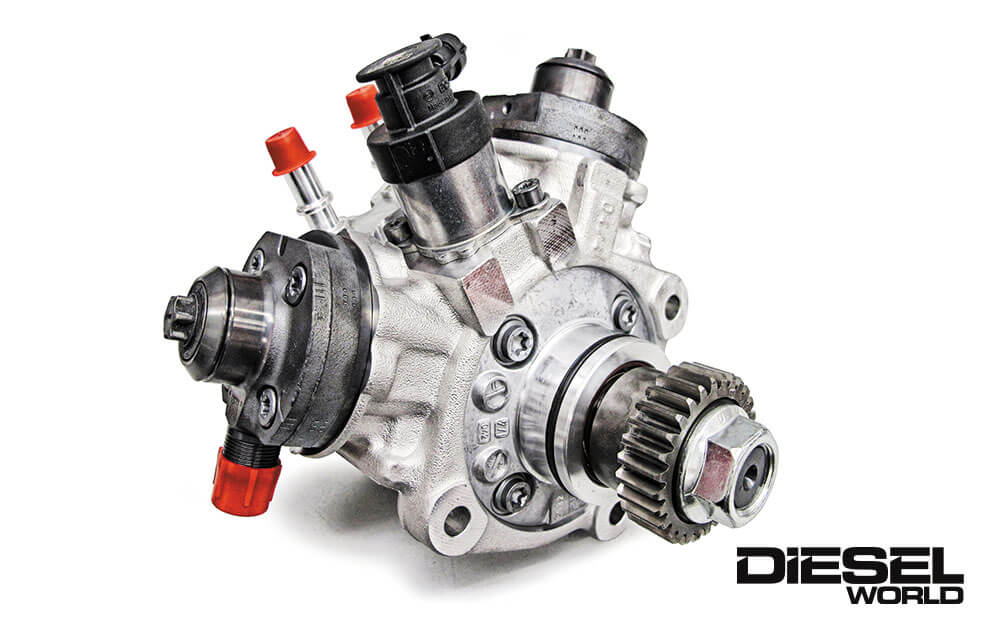 While most of us know the Bosch CP4.2 because it’s what came on our LML Duramax or 6.7L Power Stroke, this high-pressure fuel pump has been around a while. With 39,000 psi (2,700 bar) capability, the CP4 can meet even the most stringent diesel emission standards, and it’s been used in conjunction with both piezo and solenoid style injectors in dozens of passenger car makes and models all over the world. To date, more than 40 million CP4’s have been produced, with its modular design allowing Bosch to grow (CP4.2) or scale down the pump (CP4.1) based on the OE’s fuel system requirements and packaging needs.

The Bosch CP4.2 debuted in the North American truck segment back in 2011 on both the 6.7L Power Stroke and the LML Duramax, although a similar version (CP4.1) had already been brought to other markets such as Volkswagen, BMW, and more than 20 other brands, globally. Fast-forward eight years and it’s in use in most diesel engines in the truck world. Though GM moved on to the Denso HP4 pump for its L5P Duramax in ’17, you can still find the CP4.2 aboard the aforementioned 6.7L Power Stroke, the 3.0L VM Motori EcoDiesel in Ram 1500’s, the 5.0L Cummins in the Nissan Titan XD, and now even the new 6.7L Cummins uses one. One thing’s for sure: this pump isn’t going anywhere any time soon.