Andrew Anthony Schmidt Jr. purchased this 1948 Chevrolet Loadmaster to use on the family farm along with his two sons in 1950. He had the doors lettered and put the machine to work. Around 15-years later his oldest son Andrew III “Buddy” died in a drowning accident leading Andrew Jr. to scrape his name off the truck door while he was grieving the tragic loss. The truck in its original form was used until around 1980 then put into storage in the family Quonset building with around 65,000 miles on the odometer.

Flash forward around 30-years: family members were cleaning up the property and came across the nearly forgotten family farm truck stashed away in the storage building. Realizing that the truck was in pretty darn good shape Jeremy Schmidt decides that his grandfather’s truck should be pulled out of storage and put back on the road once again. But rather than mess with the WWII era chassis, driveline and performance Schmidt wanted to put a “modern” 12-valve diesel under the vintage cab.

Schmidt is a plumber by trade but did not let that stop him from wrenching on his family truck to turn it into a dream truck that his grandfather Andrew Schmidt Jr. would be proud of. After getting the truck out of storage he went to work removing the cab and bed from the original chassis. Then he went on the hunt for a donor truck with a chassis and drivetrain that was in good shape to carry around the 5-window Chevy cab and wood flatbed. He found a single cab 1995 Dodge Ram 3500 DRW truck with a running 12-valve backed by a NV4500 5-speed manual transmission for less than $4,000 that would make a great donor for the ’48 Loadmaster project. To retain and protect the patina on the cab Schmidt sprayed it with several protective coats of Eastwood satin clear to make it ready for its new home on the ’95 Dodge chassis.

After getting the ’95 pickup home he began removing the cab and bed to make room for the vintage sheet metal and wood bed and fabricated mounting points to mate the Dodge chassis to the Chevrolet cab and wood bed. Surprisingly centering the front axle in the wheel wells took very little effort and the ’95 steering column, pedal assembly and master cylinder practically bolted up to the ’48 cab with very little modification needed like they belonged to be together. The interior didn’t need much work with the original vinyl bench seat still in good condition, but Schmidt still gave it some custom touches including fabricating a fence post shifter handle and custom steering wheel he created using parts found in the family machine shed by welding a chain, gear sprocket and 4-way lug wrench together.

Mechanically Schmidt left most of the ’95 components stock including the 12-valve Cummins engine and NV4500 manual transmission as well as the front and rear axle assemblies. But when he was plumbing the cooling system his plumbing skills came into play with him fabricating cooling tubes from the engine to the aluminum radiator using copper tubing and fittings that he soldered together for a leak-free seal that gives the truck another personal touch. Additionally, he installed a Schmidt Beer (no family relation) can on the firewall as an overflow catch can with more copper tubing linking it to the radiator. To power the truck, he installed a single Optima Yellow-Top battery on the center of the firewall above the engine.

The stock turbo inhales through a Spectre open element air cleaner then sends the compressed charge over to the intake through an JDM intercooler that he mounted below the radiator core support. Spent gasses are funneled to a pair of 4-inch stainless steel stacks mounted between the cab and the bed. Fuel is held in the stock ’95 fuel tank under the bed and sent up to the engine by a FASS Titanium fuel pump and filter system. The combination is not a powerhouse in terms of what we commonly see in the Diesel World, but it is far more power than the original engine every produced and perfect for cruising to and from shows and events in unique rat-rod style.

Schmidt decided to give the family farm truck a sense of big rig style by installing a set of Arrowcraft 10-lug wheel adapters and 22.5-inch Alcoa polished aluminum wheels on all four corners. The wheels are wrapped in Double Coin 255/70R22.5 RLB490 rubber to put the power to the pavement while providing a decent ride as long as they are not aired up to maximum capacity. 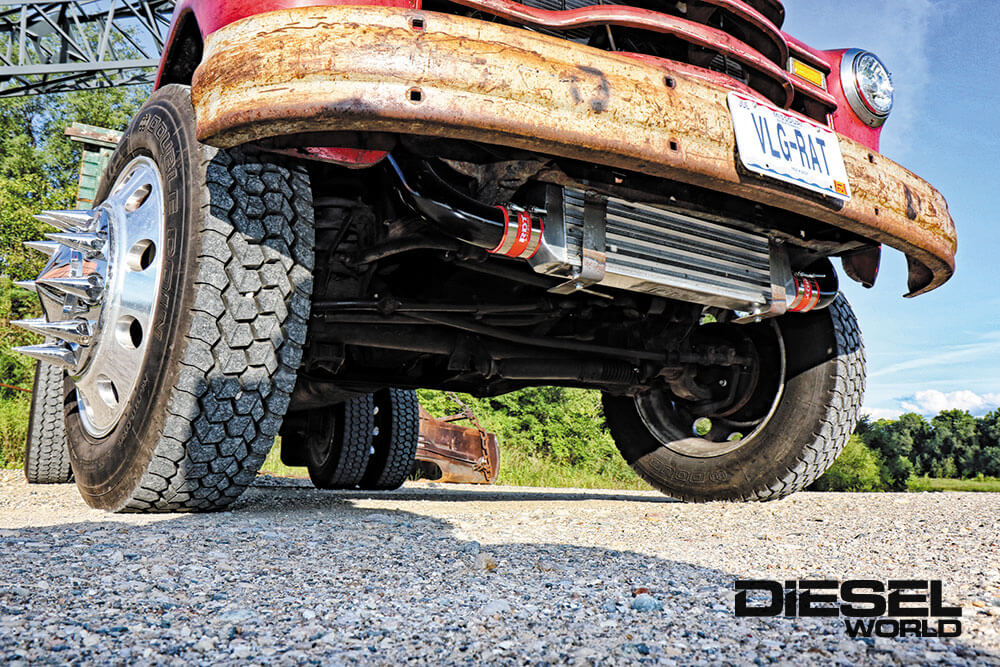 As you can see Schmidt renovated his grandfather’s truck giving it a new lease on life that Andrew Schmidt Jr. would certainly be proud of. By keeping the original body patina and family history intact then melding it with a nearly 50-year newer chassis and drivetrain he created a truck that pays respect to the family heritage that is enjoyable to drive and show off. His hard work paid off as he was awarded the Best Custom Diesel trophy at the 2019 Scheid Diesel Extravaganza. 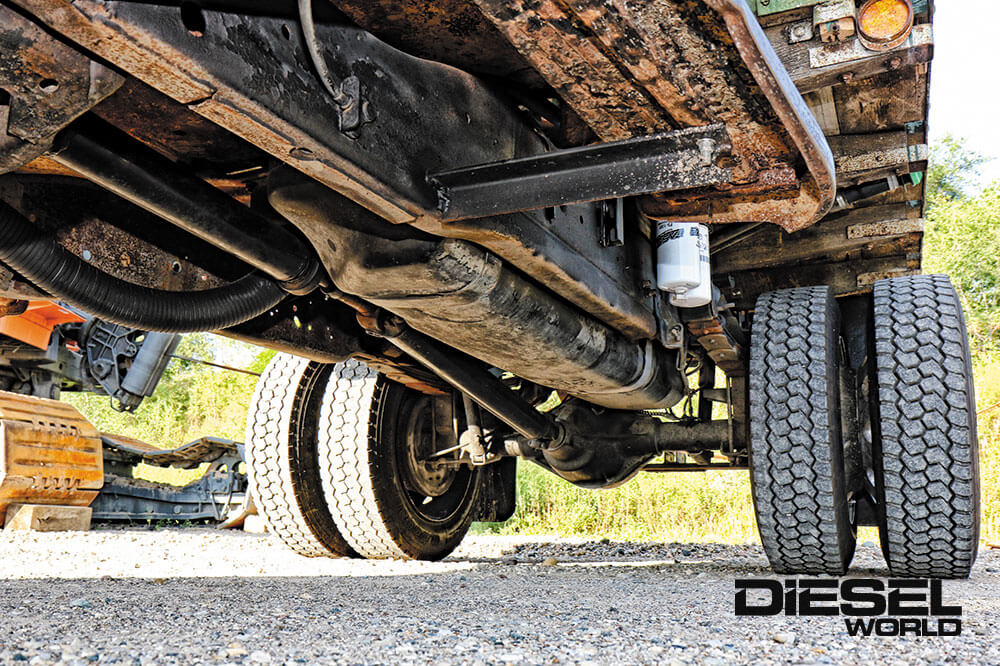 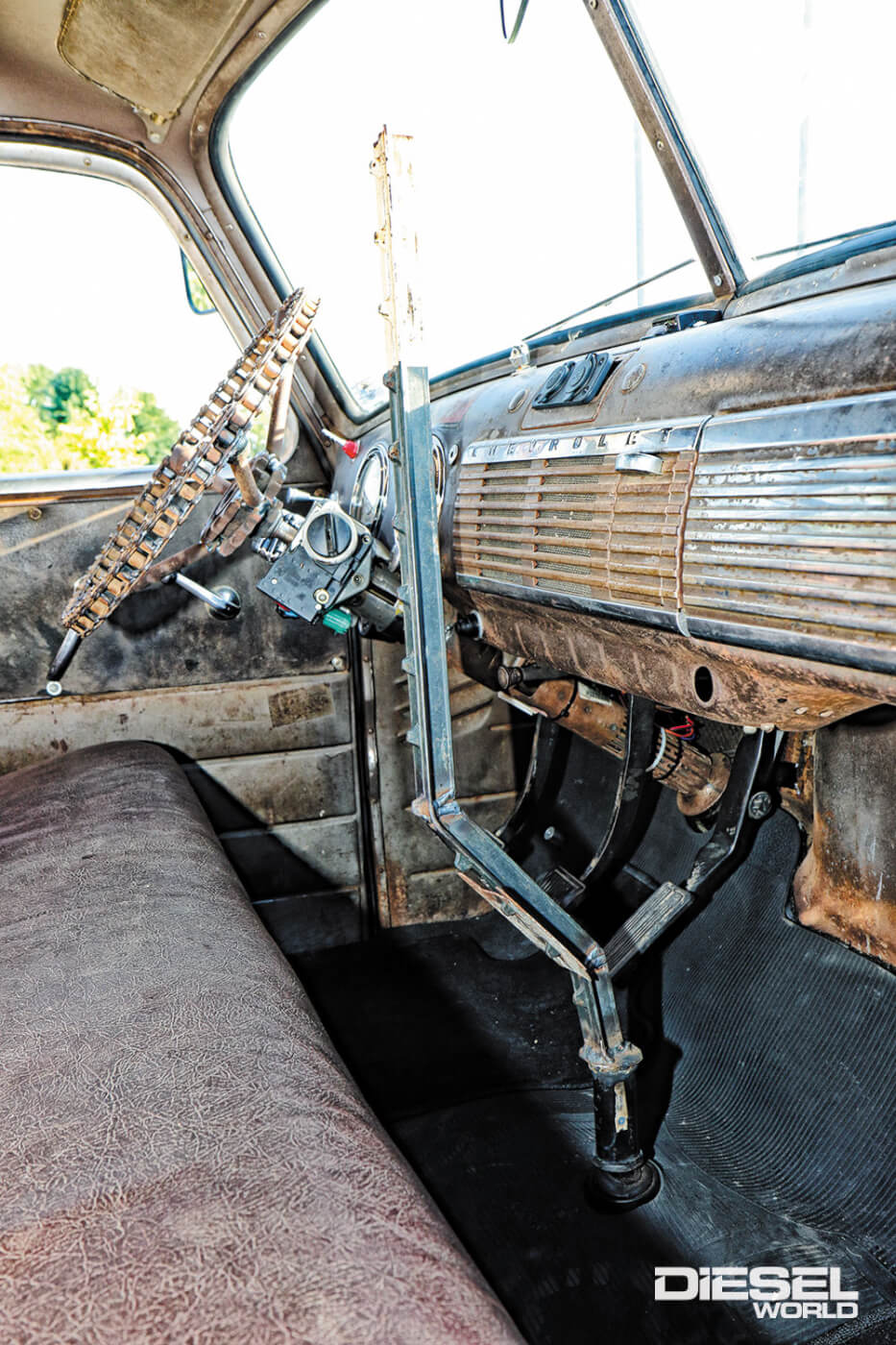 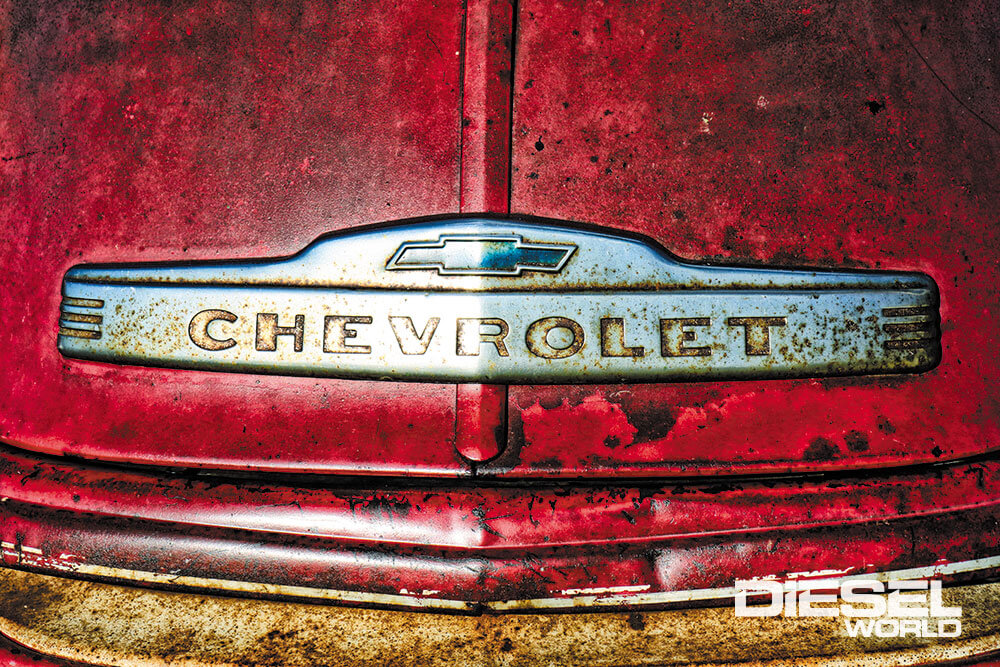 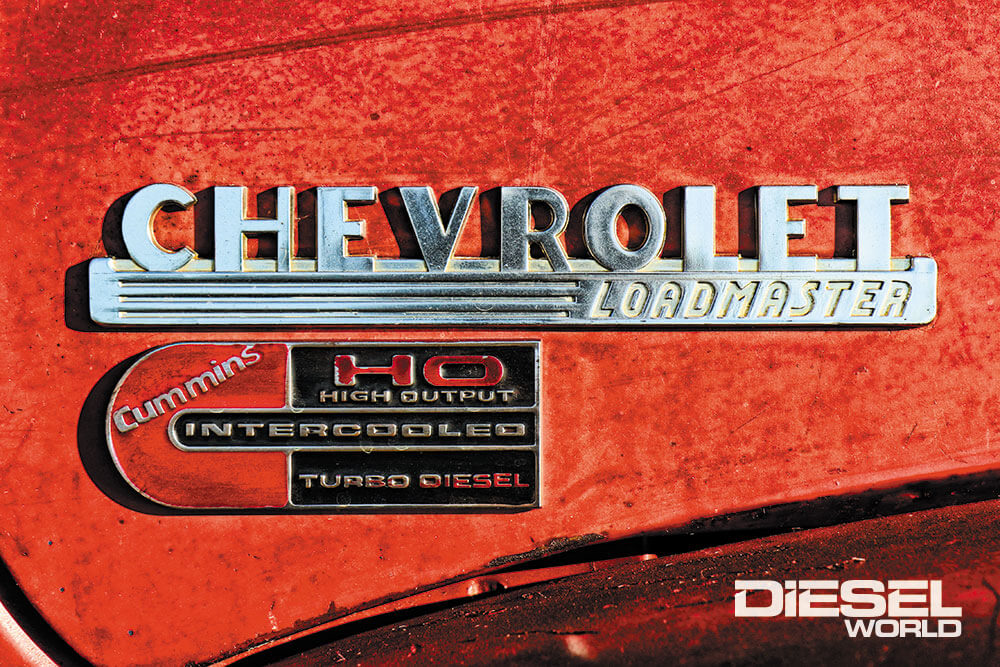