Home Last of the Old Timers

Last of the Old Timers

Out with the old and in with the new. You’ve heard that expression a million times. In the late 1950s, International Harvester was bringing in the new at a very rapid pace. The new direct-start four- and six-cylinder diesel and gas engines sucked up all the oxygen, but a few of the previous generation soldiered on, including the W-450.

The W-450 was the standard tread variation of the 450 line that included the rowcrop, adjustable tread Farmall 450 and the 450 Industrial. All had debuted in 1956 as an update to the 400 series. In large part the 400 and 450 were the same, but the 450 series got an engine update that included a 1/8-inch bore increase that pushed the displacement from 263 to 281 cubic inches. That didn’t result in a huge gain in Nebraska test numbers, but the jump from 48.37 to 50.77 horsepower on the belt was welcome, as was the gain from 44.72 to 46.18 horsepower on the drawbar. The W-450 wasn’t tested at Nebraska, so the numbers you will read here are for the Farmall 450. The PTO output would be the same but the W-450 might have delivered a bit more on the drawbar.

Besides being standard-tread tractors, W-Series 450s differed from the Farmalls in being platform tractors, where the operator mounted at the rear and was ensconced between two large full fenders. The W-Series also did not have three-point lifts, only a large swinging drawbar. Typically, they were heavier than a rowcrop tractor and had larger tires. They were most often used on the expansive wheat fields of the West and upper Midwest. They were also found on farms that needed a powerful utility tractor. The IH industrial tractors were similar fixed-tread units.

The W-450 coexisted with and was eventually replaced by the International 560, which was the new International six-cylinder kid on the block. Like the others in the 60 series, the 560s were plagued by final drive issues that cost IH its long-held top sales place in the tractor world. This was due to putting a much more powerful engine in front of a very old final drive. Truth be told, the W-450 also suffered from some of these issues due to it having the most powerful older generation engine put in front of that final drive. As the 560 era issues were solved by upgrades, many of those trickled down to the older tractors like the W-450 that used nearly the same final drive.

The W-450 had a relatively short run, really only two model years. Production started in November of 1956 and ended in April of 1958. Just 1,809 were built in gas, diesel and LPG configurations, with 1,108 of those being diesels. All the “last of the era” 450 series tractors have become very collectible as the final evolution of a line of IH tractors that debuted in 1939. 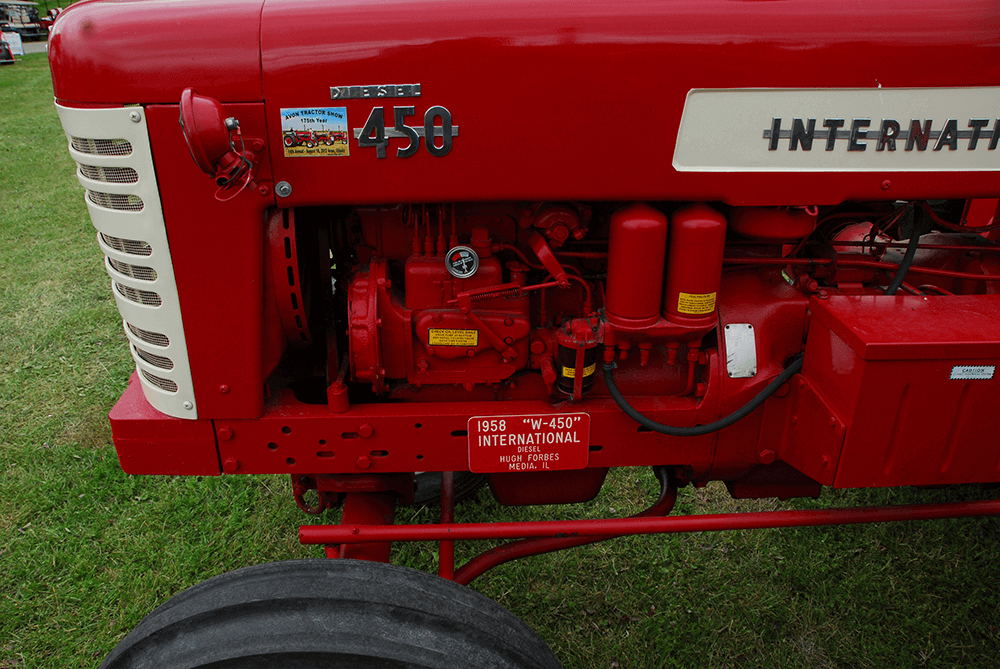