Cletrac began in 1916 as the Cleveland Motor Plow Company with a three-wheeled tractor design. Before the patent was even issued for it, the company switched to tracklayers after seeing the newly introduced Holt crawlers in action. In 1917 it became the Cleveland Tractor Company and was commonly known as Cletrac, which is a rather catchy and unforgettable name. The crawler market grew rapidly and there seemed to be plenty of demand for the several companies serving it. Cletrac was one of the heavy hitters in that early market.

Cletrac’s first diesel crawler came in 1933 with the introduction of the huge Model 80D (known as the Model FD starting in 1938). Shortly thereafter came the Model 35D in 1934, which became the Model 40D for ’35 and then morphed into the Cletrac DD for 1937. Around that time Cletrac began changing its model designations from numbers to letters. In 1935 and 1936 a small number of Model 30 Diesels were built, and in ’36 it morphed into the BD. Several new Cletrac diesels debuted in the late 1930s, such as the ED with a 4-cylinder Hercules diesel in 1938 and the 1937 ED2 and AD2, which were powered by 4-cylinder Buda diesels. The number in the designation referred to an engine change from the normal supplier. Sometimes this was done due to shortages from Hercules, the main supplier, and sometimes as an experiment to test alternative powerplants. In ’37 and ’38 there was a BD2 model, which had a Buda 6LD-275, but only 8 were built.

The BD proved a popular size for both ag and construction use. From ’36 to ’39 the BD was powered by a Hercules DJXB 6-cylinder IDI diesel that made 77 hp at 2,600 rpm on the flywheel from 260 cubic inches. In ’39 the Hercules DJXC was added to the mix, making 83 flywheel horsepower at 2,600 rpm from 298 cubic inches. These were essentially the same engine but for the bore size change.

In 1944 Cletrac was heavily involved in war production and doing OK, but postwar prospects looked like a struggle with growing competition in the crawler market and a model line that was sorely in need of upgrades. Landis Zimmerman, owner of Zimmerman Oliver Cletrac and a specialist in these crawlers, says Cletrac’s sales were about evenly divided between ag and construction. The sales trend for crawlers was moving in the construction equipment direction, so the ratio was off for a company wanting to stay ahead of the market. The owner of Cletrac, W. King White, was in failing health, didn’t feel up to the challenge and nobody in the family was keen to take over. It was time to put Cletrac up for sale and the Oliver Farm Equipment Company was first in line.

Oliver was doing well and looking for a way to get into the crawler biz to round out its model lines. It was a match made in heaven and by the end of 1944 the Oliver Farm Equipment Company and the Cleveland Tractor Company merged to become the Oliver Corporation. Money was invested to modernize the Cletrac plant and the crawlers began being badged as Oliver Cletrac and sold through the Oliver dealer network, as well as through existing Cletrac outlets.
After the plant update an update to the model lineup began, modestly at first. In 1946 the HG crawler, most popular in agriculture, began wearing Oliver Meadow Green rather than Cletrac Orange. The larger crawlers remained orange. Behind the scenes technical updates to the line were moving ahead and so was an identity change. Starting in November of 1950 Oliver began removing the Oliver Cletrac badging and gradually reducing the Cletrac identity. At the same time, as certain models were updated or new models appeared, they were given new model designations using an “OC” prefix. You are forgiven if your first thought is “Oliver Cletrac”—in reality it was for “Oliver Crawler.”

The new OC crawlers began using the Oliver Highway Yellow color rather than Cletrac Orange and by 1951 even the legacy Cletracs still in production were rolling off the line in Highway Yellow. The older Cletrac designs crawled on (pun intended) into the late ’50s before finally being replaced by the new or updated Olivers. The BD hung on into 1956, even though its replacement, the OC-12, was already in production. The OC-12 was updated in many ways but still a BD at its core. Zimmerman estimates about 5,500 BDs were built from ’36-56.

By the advent of the 1960s Oliver was being battered by larger ag machinery companies, so when the White Motor Company came around looking for a foothold into the ag business Oliver provided that step and became a wholly owned subsidiary. Ironically, as it relates to Cletrac, the White Motor company was founded by members of the same White family that had started Cletrac way back when. 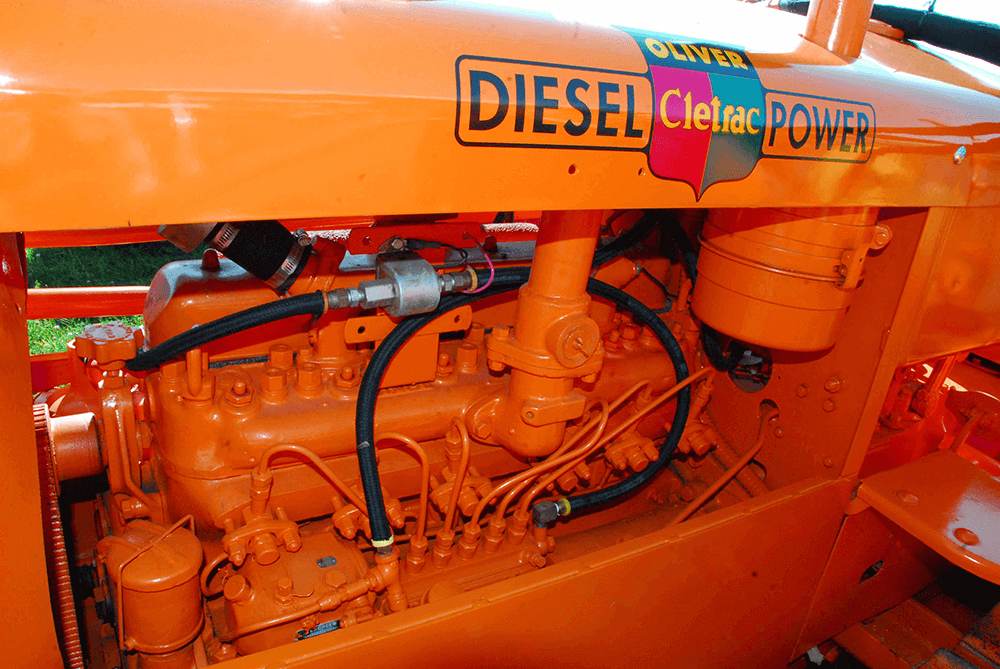 Strangely, White didn’t buy the Cletrac line with Oliver so the company went back on its own and became Cletrac Corporation. They were to sell crawlers exclusively to Oliver dealers as a side brand but that didn’t work out. With the crawler market dominated by bigger manufacturers, Cletrac didn’t really even make it to the “also-ran” category at that point. Later, White would buy bits and pieces of Cletrac, including the best-selling and newest crawler models and a couple of new designs that hadn’t quite made it to production. They would then move crawler production to Charles City, Iowa, and the old Cletrac plant in Cleveland would be idled in 1962. Oliver Crawler production would stop in 1965 and that would end the Cletrac DNA once and for all. 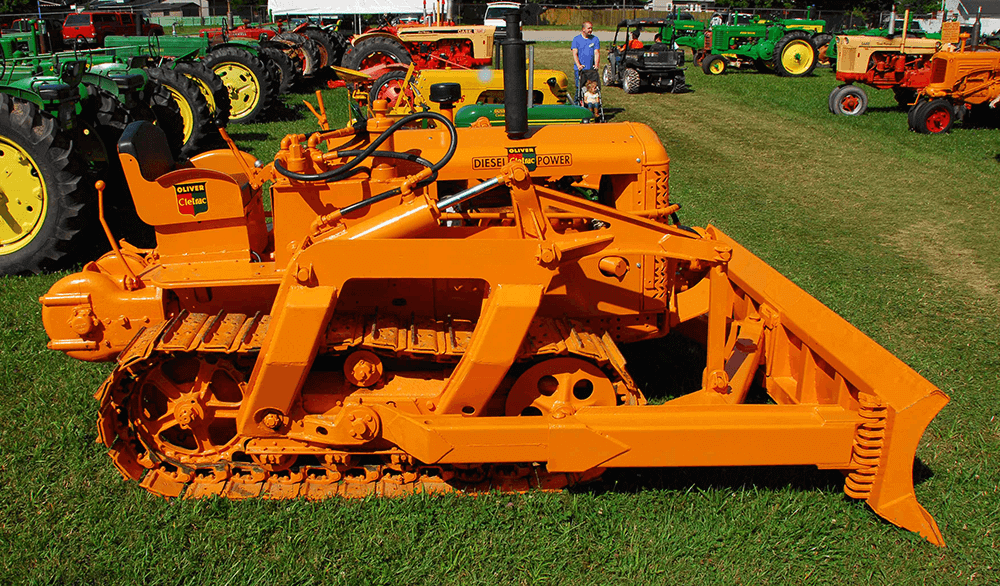